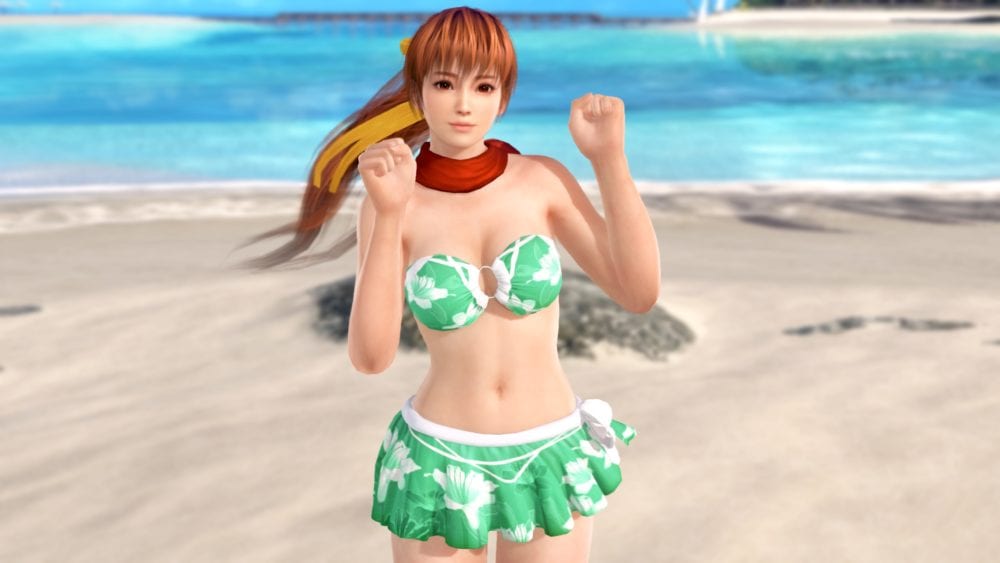 This is a continuation of the crossover event with Shinobi Master Senran Kagura: New Link started last week, but the costumes aren’t exactly new.

To be more precise, they may be new for you if Venus Vacation is your only recent foray into the series in recent times, but they’re actually exactly the same costumes released in Dead or Alive Xtreme 3 for PS4 and PS Vita all the way back in February 2017.

Considering that most of the game uses recycled assets from Xtreme 3, this probably shouldn’t surprise.

In this case, the recycling is so obvious that the costumes are available only for the nine original girls included in Dead or Alive Xtreme 3. They didn’t bother making new ones for the new girls.

There’s also a new “Deco Bromide” feature that lets you draw some bromides in just another gacha (since the swimsuits weren’t enough to grab your money) and put them into a “Cheer Board” to activate skills during matches.

Dead or Alive Xtreme: Venus Vacation, is a free-to-play version of Dead or Alive Xtreme, available for PC and recently released on Steam with English support. Do keep in mind that this content is only available on the Japanese version, as the Steam version is behind in content by about a year.