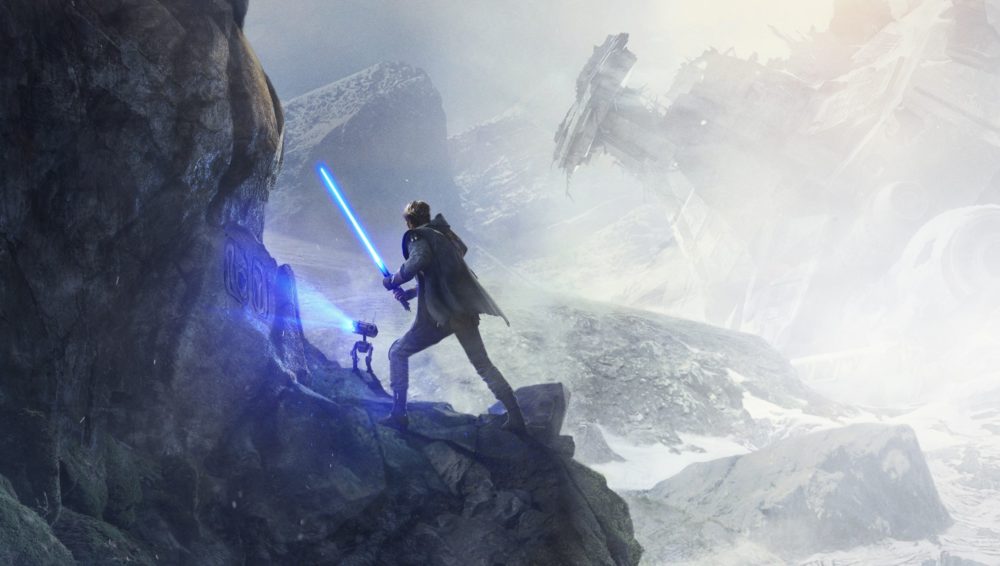 2019 is already proving to be a stellar year for gaming and has already had a myriad of GOTY contenders. The terrifyingly awesome remake of Resident Evil 2, the long-awaited Kingdom Hearts III, or the punishingly-difficult Sekiro: Shadows Twice.

With 2020 already shaping up to be DO NOT MISS, let’s see what delights we still have to look forward to in 2019.

The director of Fire Emblem: Three Houses says the game will take 200+ hours to complete everything, and people are salivating at the prospect of this. Meaning this is a game you will probably need to own at some point.

It’s a strategic, turn-based RPG crammed full of missions, side quests and lore. It’s been delayed a couple of times to ensure this content is perfect upon release, given that it’s the first HD title in the series’ nearly 30-year history.

With the power of the Nintendo Switch, Three Houses looks to channel that power into every detailed location, every strategic encounter and AI.

This is a game that offers three different factions and a possible 80+ hours of gameplay for each playthrough, so it will probably see you through to the winter.

Control, a brand new IP from Remedy Entertainment, is an exploration of the manipulation of supernatural actions that defy the laws of reality as we know them.

Our main character, Jesse Faden, is seeking to locate the whereabouts of her younger brother after he was kidnapped by the Federal Bureau of Control. In a dramatic turn of events, she finds herself as the bureau’s director. This in turn leads to a war against a hostile force called Hiss.

Jesse can use traditional, supernatural abilities such as telekinesis and levitation, and can blend this seamlessly with frenetic gun play. Control boasts stellar graphics, jaw-dropping lighting effects, and offers such fluidity in its gameplay.

Control may not be getting the mainstream hype of other games, but it could be the sleeper-hit of 2019.

It’s been 13 long years since Marcus Fenix made a statement in the gaming world with Gears of War. An excellent shooter that really helped to popularize third-person, cover-based shooting games.

But the series seems to have waned in recent years, but with Gears 5, it looks like the series is back on track to steer the Cole Train in the right direction.

The initial reveal concentrated on our main protagonist for Gears 5, Kait Diaz. She first appeared in the fourth iteration, and now finds her ticket upgraded to first-class.

Along with the brand-new Escape mode, a three-player co-op experience, and a strong story, Gears 5 could be making more waves than a game of Horde Mode.

One look at the heading’s picture tells you all you need to know about the Borderlands franchise. No-holds-barred, anything goes and if it’s stupid and makes no sense, Borderlands will have it.

It’s drawn praise over the years for its over-the-top violence, characters that are larger than life, and the beautifully violent world it has created.

With a more expansive progression system, new vault hunters, a crazier Pandora to explore, Borderlands 3 is sure to offer more hilarious and action-packed gameplay.

Despite being a well-known game, the series dipped with its previous entry, Wildlands. It was repetitive and fell victim to the modern day trope of ‘big world, nothing to do in it’.

Breakpoint certainly looks like it packs the usual squad punch that you’d expect from a Tom Clancy game and it will inevitably be more fun with friends.

The storytelling has received a significant boost with the casting of Jon Bernthal, The Punisher, as the game’s despicable antagonist. It centers around weaponry, assassination, drone production, and other futuristic elements that you’d come to expect from an intense, military-based shooter.

It’s another game that could, if done right, be a must-have this year.

No, do not adjust your set, this is not 2007. This is Call of Duty: Modern Warfare. However, it’s not the winner of nearly every GOTY award imaginable all those years ago — it’s a reboot.

I’m writing this knowing full-well the murmurings surrounding Modern Warfare and the divisive content it will feature.

The game will introduce a morality system and player assessment at the end of each mission to see how you judged NPCs, whether you thought they were a threat and if you killed them.

2009’s Modern Warfare 2 was infamous for its “No Russian” mission, gunning down hundreds of civilians in an airport. It was a shocking mission, yes, but it wasn’t as bad as it was made out to be.

However, the 2019 reboot is said to feature a mission in which you investigate many dead children and babies as a result of a pre-meditated, mustard gas attack. For many playing, it will be uncomfortable viewing.

I do feel this mission will be blown out of proportion and the media will chew this up, but this is the modern day after all. So if they need to show harrowing content to perfectly show the broken world we live in, then I’m all for that.

Just to sweeten pot, the very popular Spec-Ops mode makes a welcome return. If Modern Warfare delivers, then we may have the best COD in years.

When I peep through The Outer Worlds looking-glass, I see an ambitious cocktail of a splash of Fallout, a touch of Borderlands, and a sprinkling of Bioshock.

It has the artistic design that compliments its locations so well, a la Bioshock. The main characters, amusing dialogue options, and certain enemies reek of Borderlands’ humor. Plus the world itself is a sort of dystopian, apocalyptic world, like Fallout…and Bioshock for that matter.

Everything we’ve seen so far for The Outer Worlds looks tight, sophisticated, and like something that needs to be played. Using the influences of other games is never a bad thing, it’s a testament to the game(s) it’s borrowing from, and those influences are being borrowed because they work.

The game looks colorful, creepy, and could fill a much-needed gap in the market that Fallout 76 caused.

It’s very rare that I’m left dumbfounded, but it’s been three years since Death Stranding was unleashed on a world that wasn’t ready for it.

The game is shaping up to be another grandiose project from the mind of a true visionary, Hideo Kojima. Metal Gear Solid showed the genius swarming in his brain, and lots of the same traits are visible here too.

Gameplay reveals have shown vanishing soldiers, reminiscent of The Skulls in MGSV: The Phantom Pain. Plus, lots of stealth-based gameplay to help escort a…baby?

We are a mere three months from its release and the world is still none the wiser as to what Death Stranding entails. Admittedly, it’s a gorgeous world with outstanding facial recognition that I cannot wait to dive into.

The all-star cast of Norman Reedus, Mads Mikkelsen, Lea Seydoux, Troy Baker and others, will try to make us understand what is sure to be a complex story.

It’s not unreasonable to suggest that Star Wars games now carry a negative stigma. The public outcry surrounding Battlefront II has left a bitter taste in the mouth. Fallen Order has the perfect opportunity to rectify this.

We’re being promised an authentic, single-player experience, following the exploits of Cal Kestis as he escapes from the galactic empire.

No DLC. No Season Pass. NO MICROTRANSACTIONS.

Just a fully-fledged, Star Wars experience that we’ve been craving since The Force Unleashed, or maybe even Knights of the Old Republic II. The trailers have shown promise with proper Jedi battling and fantastic visuals, but we’ve been duped before.

This could very well be the last chance saloon for Star Wars games if this fails; or force a return to the glory days.

DOOM: Eternal looks like it’s going to take everything that made the reboot so endearing and then inject it with a large dose of “oh my god, give me a gun I want to blow EVERYTHING up” juice.

Throw in an interesting looking multiplayer mode and that shiny, new grappling hook, and we could be looking at one of the definitive first-person shooters in history.