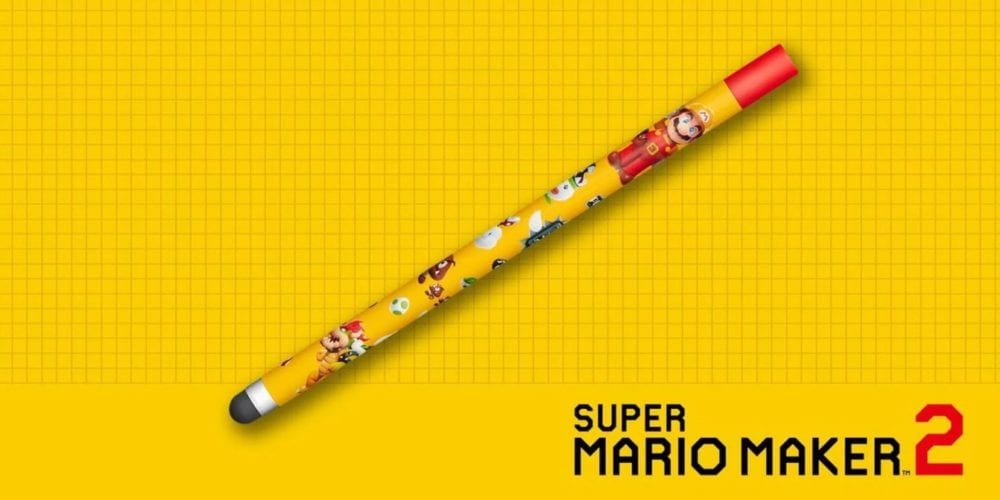 Congrats on becoming the proud owner of a brand new copy (or download) of Super Mario Maker 2. It looks like you don’t have a stylus there to help you build the levels of your dreams. Sure, you could always use your index finger, but you’re not some kind of primitive human that hasn’t fully grasped the use of tools.

You’re a Homo sapiens and you deserve only the finest peripherals for level creation. You need a stylus to make using that Switch touchscreen easier. But with so many options out there it can be hard to determine which one you should buy. Follow my lead and you’ll learn which styluses won’t work with the console and how to pick a proper stylus for Super Mario Maker 2.

There are two basic stylus designs that you’ll find at stores like Target, Best Buy, and Amazon. The main defining feature is how they come to a point with either a fine tip or a rounded or domed tip. Here’s the breakdown of those two styles and their compatibility with the Switch.

These styluses are what you would always get with the Wii U and DS family. They’re typically solid plastic, but they aren’t hard enough that they’ll scratch the screen with proper use. The smaller tip at the end makes them fairly accurate. However, the resistive touchscreens they’re compatible with don’t offer the same level of accuracy.

Since they only work with resistive touchscreens, that means these styluses won’t work with the capacitive touchscreen on the Switch. It worked so well for the Wii U, but it’s time to move on to something different for Super Mario Maker 2.

These are similar to the solid plastic styluses, but with almost $100 worth of tech packed in. They come to a fine point, but the additional tech powered by a battery or two enables highly complex functions like tilt angle and varying levels of pressure detection.

So far there’s only one option in this category for Switch:

This is the most obvious one that will work with Super Mario Maker 2 on the Switch. This type of stylus is the kind that comes with the game if you purchased the version that comes bundled with a year of Nintendo Switch Online. They’re made from a number of different materials, but the tip is always a small rubber dome.

They’re also one of the most common stylus types and are often in stock at any electronics store or any department store with an electronics section. Most are typically cheap and flimsy pieces of plastic, but there are a few made from high-quality materials. Even with more premium-feeling styluses, however, the rubber tip can still cause too much resistance.

Here are a few options going from cheapest to something a bit more premium:

This style is a bit newer than the rubber tip stylus, but it’ll still work with the capacitive screen on your Switch. The woven tip has the same domed shape as the rubber tip, but the fabric helps to decrease friction.

Here are some good options from cheap to more expensive if you’re looking to use a woven tip stylus in Super Mario Maker 2:

That’s everything you need to know about your stylus options for Super Mario Maker 2. Be sure to search for Twinfinite for more tips and information on the game.