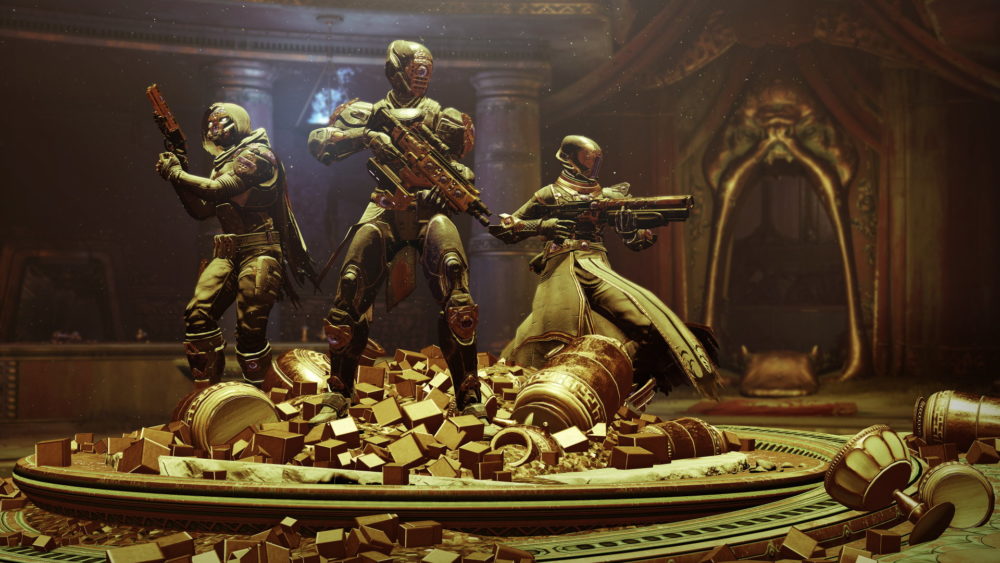 Player retention is no easy task for any GaaS/MMORPG/”live game” or whatever you want to call them. Players are fickle and there’s so much content out there. Not to mention, the competition is fierce –every major company wants its own version of Destiny, WoW, TESO, or Final Fantasy XI/XIV.

Of course, a game’s popularity always spikes after major releases and expansions, such as Destiny 2’s Forsaken, but content updates of that size obviously take time to make, and that content needs to stick to a strict content roadmap that’s typically laid out months in advance.

Any slip-up and the masses are quick to call a game “dead,” even if it’s not.

Until year two of Destiny 2, Bungie struggled to organize an effective plan for Destiny in between expansions and major releases. The mini-expansions were mostly misses with the exception of House of Wolves, which was pretty good in spite of itself. Bungie eventually decided to throw that way of doing things out of the window.

In year two of Destiny 1, Bungie laid low and attempted to get away with releasing only minor updates and content expansions, which went over very poorly with fans. But things have improved dramatically since those dark days.

The Annual Pass, which was coupled with Forsaken similar to the expansion passes, is the product of everything Bungie has learned about what Destiny fans want over the years.

Gone are elaborate missions and cutscenes that ate up significant development time and had little to no replay value, and in their place came efficient and effective use of the game’s rich lore to pad out the story and new combat-focused activities that diversified the endgame. 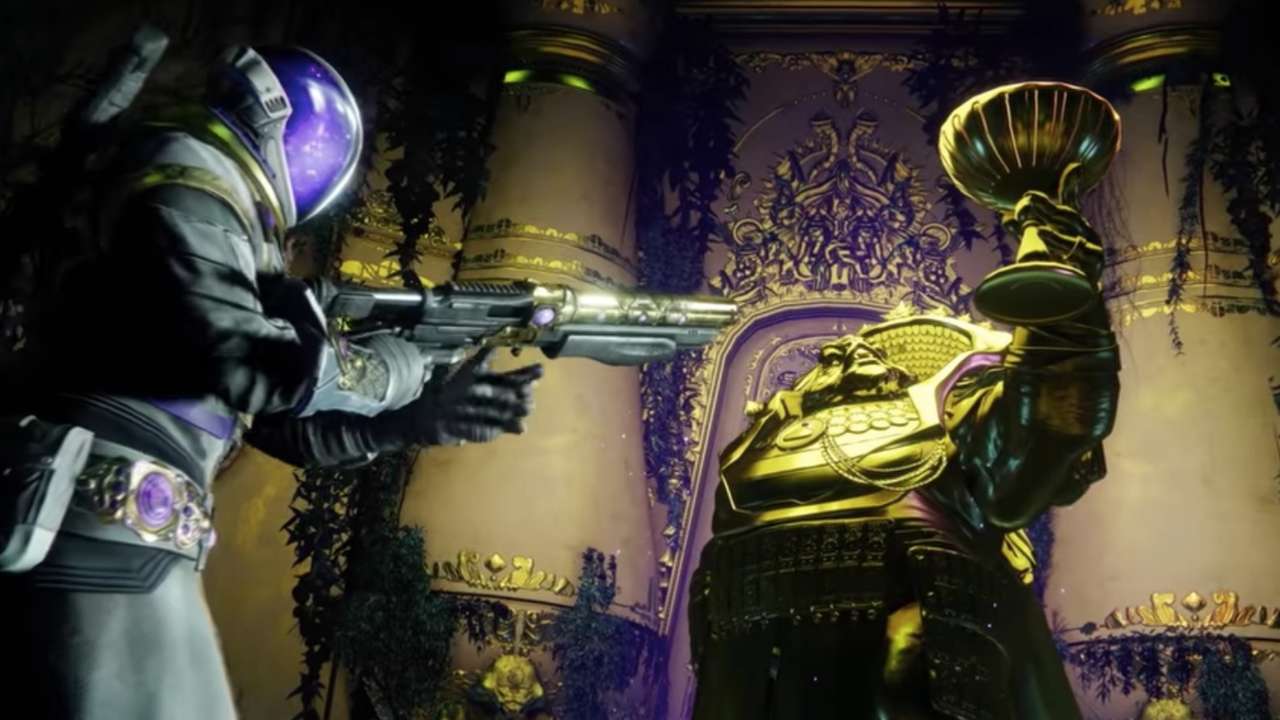 Every update within Destiny 2’s Annual Pass has added something for casual, mid-core, and hardcore players to enjoy. The best players are rewarded by leveraging the loot from the most difficult content right away.

Meanwhile, less-skilled players have the option to grind their way to the top, and with enough dedication and weekly resets under their belt, anyone can clear something as complicated as the raids.

Season of Opulence, the final part of the Annual Pass, follows this blueprint to great effect. The core loop is as follows:

It’s a match made six-person activity that feels almost like a highlight reel of mini-raid like challenges. The more effectively you can clear it, the faster you’ll progress to the final boss.

Better players that want to reap as many rewards as possible through the new Chalice of Opulence crafting system (more on that shortly), will look to put together pre-made groups that fly through as quickly as possible.

However, even the average Destiny 2 player will be able to limp their way through eventually with some perseverance.

The unreleased heroic version of the Menagerie will require pre-made parties and will likely function as a stricter version of the vanilla run and will further diversify the hardcore endgame alongside the new raid, Crown of Sorrows

The Chalice of Opulence is the heartbeat of all of the new content in Destiny 2’s Season of Opulence. Everything you do is tied the Chalice and it effectively serves as a crafting mechanism, a first for Destiny.

All of the content in Season of Opulence will reward you with various currencies and runes that can be used to fine tune a blueprint to your liking for a piece of equipment you want to create. As you invest more time into this season’s content, you’ll be able to upgrade your Chalice to provide you increased control over the final product. 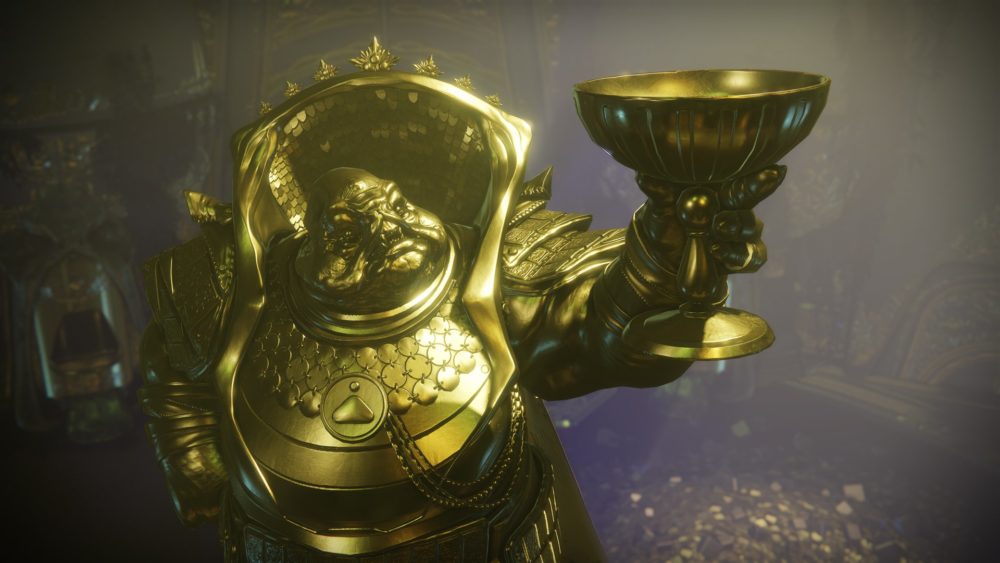 Unlike Warmind and Curse of Osiris which threw more of the same on top, the Annual Pass has added worthwhile new experiences that feel distinct from anything else in the game and are all still worth playing through.

For example, my first stop every week is Ada to start working on my Black Armory weapon frames in hope of a better roll and a crack at finally get Jotuun, one of the best exotic weapons in the game right now which is exclusive to the final forge.

I foresee myself running the Menagerie plenty to experiment with what kind of gear I can get from the Chalice and hopefully playing through Crown of Sorrows soon.

Unless Bungie chooses to obsolete the Annual Pass content with whatever they have planned next, everything in Season of Opulence and the content that came before it set up to be relevant for the entirety of Destiny 2’s lifespan. More importantly, it’s all very fun.

Asking for the money up front for the Annual Pass was a ballsy move from Bungie, but at least it’s been worth it.