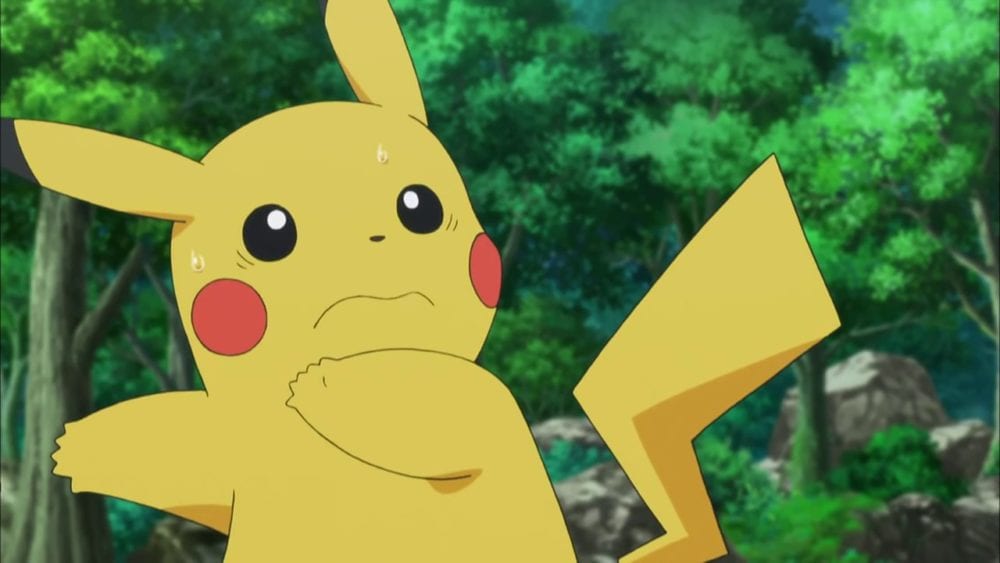 It’s been years since Alex Onsager’s PokeFusion website has been out for the public to play around with, but for some reason, fusing the original 151 Pokemon into strange, ridiculous, and frightening creatures is trending again on Twitter.

You see, Pokemon Fusion is a simple premise: you go to the website and it will randomly generate a new Pokemon (name and all) by mixing together two Pokemon. You can choose a random match-up or you can scroll the list of the original 151 to create your dream fusion; ever wanted to see a Pikachu mashed up with a Snorlax?

Well, you can do just that with this site.

We’re not too sure why Poke Fusion is trending right now or why people are just now having a laugh about it, but some of these mix-ups are quite comical and some Poke-fans are even going out of their way to illustrate their favorite combinations –prepare to see some nightmare fuel and other terrible, terrible things.

Keep in mind that some of these PokeFusions will look way better than other ones simply due to the fact that each sprite is randomly generated by a computer script, but when certain Pokemon mashups do end up looking good, it’s immensely satisfying.

Once I headed to the site today, I was greeted with a random fusion that I would love to have been an actual creation in the original Pokemon games –I want to introduce all of you to my sweet, sweet boy, Shellchop: 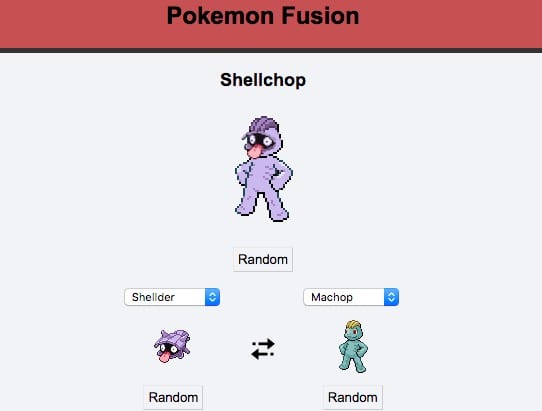 Shellchop is a perfect mix of the Water-type Pokemon, Shellder, and the humanoid Fighting-type, Machop. Shellder’s face(?) fits right into Machop’s head with no issues at all. I would imagine that it would be able to squirt water from his face and then karate chop other Pokemon while they’re getting soaked with water –it’s a sound moveset if you ask me.

I managed to find some other ones on Twitter that I think all of you should see for yourself, such as this odd PokeFusion of Omastar and Pidgeot. The Twitter user even drew a picture of the “Pokemon” and… yeah, just look at it –beautiful head of hair though may I add.

Why do I feel like adding Gloom into any kind of fusion will result in a disaster?

Hmm, it would be interesting to see a Ground/Ghost-type Pokemon…

I would not want to get kicked in the face by this guy, that’s for sure:

Does this look like the face of MERCY #PokeFusion pic.twitter.com/rMm8io1vEN

I’m totally down for a new Eevee evolution like this:

So fusing Parasect with literally anything will yield great results:

Woah! Sloweon needs to exist and I must have it in my party:

I mean, can we just have Slowpoke’s face on every new Pokemon in Sword and Shield:

im a sucker for #PokeFusion so i gave it a try! love this lil guy pic.twitter.com/XPEGSeSa4h

I never thought that I would want a baby version of Mewtwo but opinions change:

This PokeFusion of Ditto and Omanyte looks like something straight out of Sesame Street:

Beetle isn’t the most creative Pokemon name, but this bug looks like it would take your lunch money and push you up against a locker in high school:

So these fusions here are just a very small selection that I came across on the interwebs, but if you head to Twitter and search for PokeFusions, you’re bound to see some interesting designs.

Again, this is such a random thing to be trending right now but it’s Pokemon –whenever Pokemon is trending, that can never be a bad thing.

If you want to make your own disgusting/frightening/loveable/adorable PokeFusions, you can head to the website right here. If you find yourself making something worth sharing, feel free to leave us a comment in the section below!