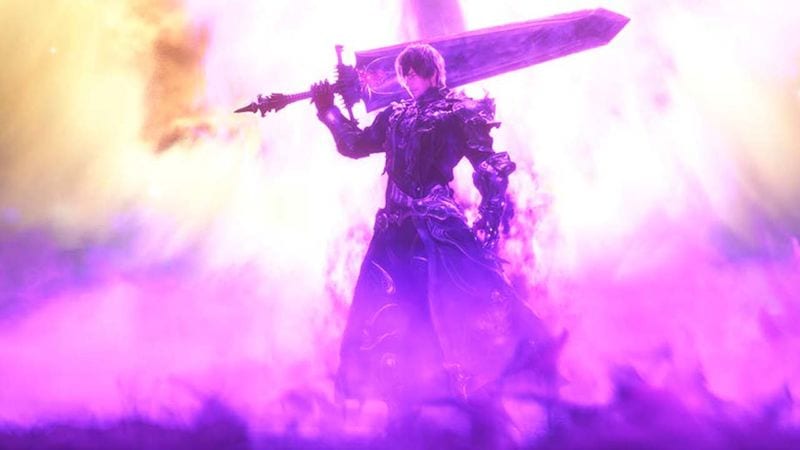 The newest expansion for Final Fantasy XIV is finally here and you can now say goodbye to the Stormblood arc and say hello to the era of Shadowbringers. Even though this is a brand-new expansion for the fantasy MMORPG, leveling up is done pretty much the same as before. Here’s how to level up to 80 and get EXP fast in Final Fantasy XIV Shadowbringers.

If you’re totally new to FFXIV and wondering how to level up fast to keep up with the other players, we recommend getting to level 17 as quickly as you can by completing quests and defeating monsters. Once you get to level 17, you will be able to begin the quest for Palace of the Dead.

Once you’re level 61, you can switch over to Heaven-on-High, which is basically the Stormblood equal of Palace of the Dead.  You can start the quest line for Heaven-on-High by speaking to Hamakaze in the Ruby Sea at X 6.2 , 11.7. This official guide will help you get started with the basics of Heaven-on-High.

Once you’re able to start doing alliance and the various leveling roulettes, that is also a great source of EXP that you can take advantage of all the way until level 80.

Other ways to gain experience is to try spamming whatever dungeon is the highest available to you –this will get you a ton of EXP, especially if you’re leveling up a tank or a healer since the wait times aren’t as long to get in.

Honestly, we’d avoid doing side quests unless you want to do them for fun going from level 1-70. They are an OK source of EXP, but they are usually slower than just focusing on one of the above two methods.

Either way though, you’ll need to run through the main story of all three expansion scenarios: A Realm Reborn, Heavensward, and Stormblood and reach level 70 before you can even think to sniff the main story of Shadowbringers. So you have quite the ride ahead of you.

Shadowbringers 70 to 80 EXPing as Fast as Possible

Your primary source of EXP for leveling up through the FFXIV Shadowbringers content will be focusing on the main story quest. The main story will provide you with huge chunks of EXP and for the most part, will give you almost just enough for you to keep progressing from quest to quest.

You will hit roadblocks though that will prevent you from taking on the next quest. You’ll need to grind a bit of EXP to keep going.

Your first option is to run the highest dungeon available to you, as you have likely done plenty of times before. This is simple enough, just picking the highest level one from the duty finder.

You can even run them with trusts now if you don’t want to wait on the duty finder, but keep in mind you get less EXP this way, but it still might be faster if the wait is crazy or you’re just bored of waiting.

If you need a break from running the dungeons, or just want to be more efficient while you wait on the queue, you can take on sidequests and FATEs.

Running FATEs is decent way to get some EXP while you wait on queues. As an added bonus, they actually reward bicolor gemstones now too, giving you a new incentive to run them.

Although we didn’t recommend sidequests going from 1-70, they are more useful going from 70-80 in your first time through the story. You’ll inevitably have time to kill and mixing them in, in between dungeon runs can help speed things up considerably.

That’s everything you need to know about how to level up to 80 and get EXP fast in Final Fantasy XIV Shadowbringers. As we play the game more, expect to see even more guides pop up on Twinfinite.

And as always, if you have any additional questions, feel free to leave a comment down below!,f