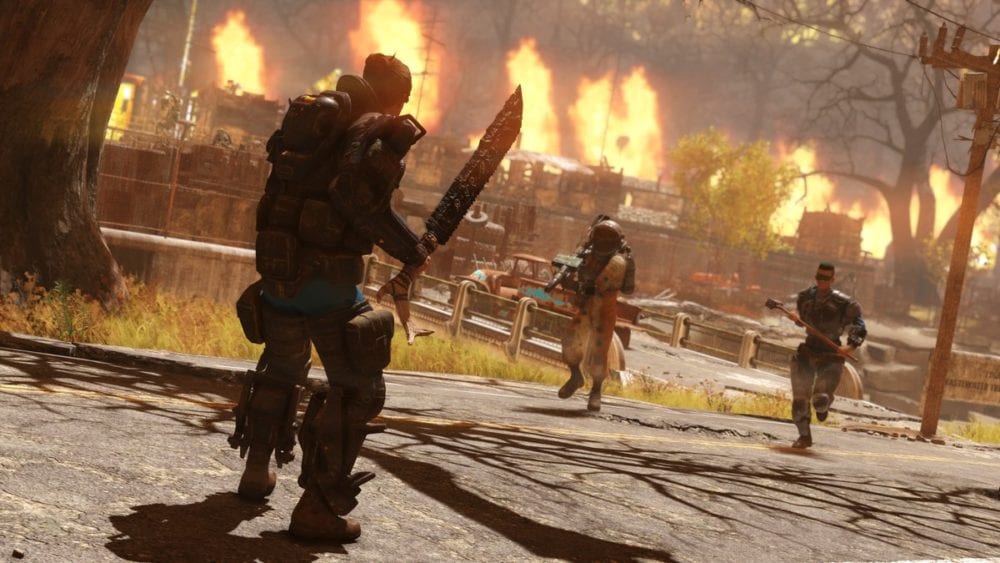 The first thing you’ll need to do if you want to check out Fallout’s post-apocalyptic take on this popular genre is to ensure you’ve already created a character in Fallout 76. To do this, simply select the ‘Play’ option from the Main Menu.

Create your character as you wish and proceed through the tutorial by making your way through Vault 76.

Upon exiting, you’ll then be able to leave the core game mode and return to the menu. You can now select ‘Play,’ followed by ‘Nuclear Winter’ to join the matchmaking queue.

This battle royale mode is made up of teams of four, and you’re free to invite up to three friends to play alongside you. There’s also a “Fill” option to help you get your team’s numbers up if you wish.

How Long Nuclear Winter Is Available For

Currently, you’ll only be able to play Fallout 76’s take on battle royale from now (June 10) through till June 17. This is part of the pre-beta sneak peek, as Nuclear Winter is currently scheduled on the game’s roadmap for an official release sometime this Summer.

No official release date has been provided just yet outside of this launch window.

A few other things to keep in mind before you head into this new mode. All weapons, armor, chems, and other items from Fallout 76’s normal game mode have been fine-tuned and rebalanced in order to allow for a more competitive and balanced PvP experience.

Similarly, your level and progression in Fallout 76 doesn’t matter in Nuclear Winter, it’s all about skill here.

Quick CAMP Kits are one item you’ll want to keep an eye out for in particular, as these allow you to place traps, defensive structures — such as turrets – and pre-built bunkers to help protect you from incoming nukes if another player manages to get their hands on a nuclear briefcase or launch codes.

Speaking of, you’ll need to get both of these in order to allow you to drop a nuclear bomb. This will cover only a small portion of the map, but obliterates anything that’s within it.

All players are immediately killed, so you’ll want to make sure you’re always on the move and constantly watching out for any nuclear drops coming overhead.

Finally, the SPECIAL perk card system has been refined for Fallout 76’s Nuclear Winter battle royale experience, with 73 new park cards added. This is the one element where your progress in the standard Fallout 76 mode actually is important.

Your SPECIAL stats from this mode will determine which of these perk cards you can equip and use within Nuclear Winter.

Additionally, you’ll be able to equip seven different perk cards when you first start a match and are exploring Vault 51.

After that, you won’t be able to chop and change, so make sure to take the time to look through these and pick those that will best suit your playstyle and compliment each other effectively.

More of these SPECIAL perk cards will be unlocked as you make your way through Nuclear Winter’s Overseer Ranks progression system.

The more you play and the higher you rank up, you’ll unlock new cosmetics items too, which can be used in both game modes, as well as tidbits of lore regarding Vault 51’s former overseer.

That’s everything you need to know about how to play Fallout 76’s battle royale mode, Nuclear Winter. We’ll be writing up more guides as we dive deeper into this mode over the coming days, so be sure to check back with Twinfinite soon.

If you’re looking for general tips, tricks, and guides for the standard adventure mode, check out our Fallout 76 guide wiki.