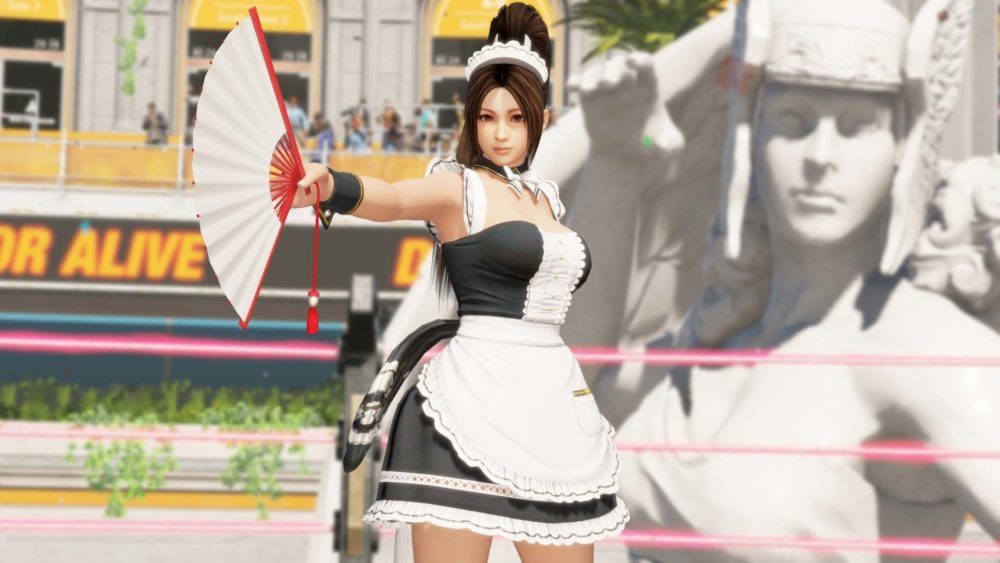 The first screenshots and gameplay of the upcoming Dead or Alive 6 DLC featuring Mai Shiranui and Kula Diamond from The King of Fighters have been revealed.

First of all, we get to see a gallery of screenshots featuring all of their debut costumes. They include, besides the standard outfit, a wedding dress, a pirate outfit, a bunny girl costume, a maid dress, and a nurse costume for each heroine.

You can see them all at the bottom of the post alongside artwork for both Mai and Kula.

On top of that, a livestream hosted by the Japanese magazine Dengeki PlayStation showcased the first gameplay of the two girls. In the four videos below you can see all of their costumes, Mai’s moves, Kula’s moves, and a match between them.

The DLC will release on June 18 alongside an update for the game.

If you want to learn more about Dead or Alive 6, you can read our review of the game and check out some recent information from Producer Yohei Shimbori.  You can also take a look at the previous DLC pack.