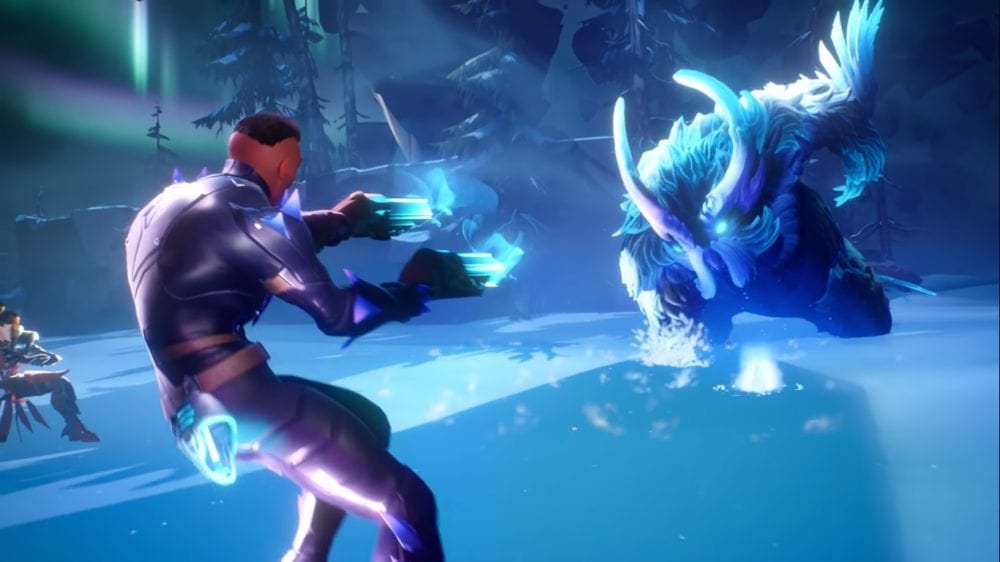 Today Phoenix Labs’ free to play co-op action RPG Dauntless released a brief teaser for the game on the Switch that also showcased a brand new Behemoth: the Winterhorn Skraev. At a brief 24 seconds, the trailer isn’t keen to give too much away, but it does have some impressive shots of the frosty beast.

For those unfamiliar with Dauntless, the game’s fantasy setting is ravaged by huge marauding creatures known as Behemoths. Players take on the role of Slayers and team up to bring a Behemoth down. You and other Slayers can pick up loot, craft ever-better weapons, and move on to bigger, badder Behemoths.

This first look at the Winterhorn Skraev was shown off during the Nintendo Treehouse stream, which also gave us a good look at how Dauntless runs on the Switch. The basics of the game were covered in more depth in the stream as an introduction to new players, with the developers calling this new addition one of the most challenging Behemoths yet.

Not only can it pull up ice walls and send gusts of wind after you, but the Winterhorn Skraev can also create an ice totem. This is a multifaceted danger, as it can obscure your vision, trap you, and causes frost damage.

Those who played the Beta of Dauntless might recognize the name, as a similarly owl-like Behemoth called the Winterhorn Skraev briefly made an appearance before the devs removed it to refine it further.

Dauntless launched earlier this year and is already available on PS4, Xbox One, and PC via the Epic Games store. The game releases on the Switch later in 2019, and may be of interest to those who already own the game, as since its Beta days it’s featured cross-play and cross-save, which will also carry over to the Switch version.