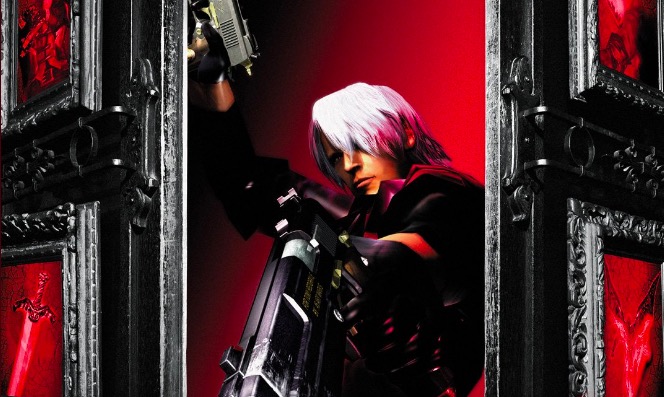 Just earlier today, Capcom’s official Twitter account for the Devil May Cry series sneakingly announced that the first Devil May Cry would be making its debut on the Switch sometime this summer. Marking the first time that the series has seen a release on a Nintendo console, this announcement is a big deal to Nintendo and DMC fans alike.

We’re not entirely sure as to why only the first game is coming and not the HD collection that includes the first three games, but regardless, folks have plenty to be excited about, especially when it comes to the fantasy dream of Dante finally making an appearance in Super Smash Bros. Ultimate.

Capcom already has a huge presence throughout the fighting game, as you can play as Mega Man, Ryu, and Ken, and also fight against a Rathalos from the Monster Hunter series. And the Switch itself has tons of Capcom franchises on the system with Monster Hunter, Mega Man, Resident Evil, and Dragons Dogma, all available to play on the go.

But now that Dante will be making his first appearance on the Switch, Smash Bros. Ultimate players (like usually) are speculating that Dante could, in fact, be one of the DLC characters heading to the fighting game.

This is just a pipedream for the most part, but there is a quote out there from the Devil May Cry director, Hideaki Itsuno, teasing that in order for Dante to be in Smash Bros., that his games would need to be on the Switch beforehand.

Itsuno also mentioned that fans should “campaign” if they want to see Devil May Cry come to Switch. And now that this is actually happening, fans have gone to Twitter to exclaim their passion for hopefully seeing Dante squaring off with Bayonetta and other iconic video game characters:

Dante now has a much better chance to be in Smash? pic.twitter.com/EsdECjdFI7

Dante in smash makes SO much sense.

– Dante is one of the few iconic Japanese made characters left to represent in smash. pic.twitter.com/xo1r2wEiBk

you Know what ended today? "Dante Can't be in Smash because DMC is not on a Nintendo System, HA".

*reads news about DMC1 coming to Switch*
Cool, playing DMC on the go is gonna be sweet, maybe one day they'll port 3 or 4.
*reads comments*
*99% of them is Dante in Smash* pic.twitter.com/QhYZfFDUJV

LRT: Not to be one that takes ever bit of game news as a Smash confirmation but I swear, if we get a Smash game with both Bayonetta and Dante in it pic.twitter.com/cJmAxNQa0X

For real though, my mind will spontaneously combust if Dante ever came to Smash

Because if he did, I don't know what fucking timeline we live in anymore

☕️ so if some weird way Dante actually be brought into Smash because of this… Dante & Bayonette finally can be in the same universe & finally crossover as hopeful planned? 😱 one dreams.

Still don’t quite think it’s happening but if they put Dante in Smash Ultimate they better pull this joke pic.twitter.com/0xtsOWPP3H

My reaction if the switch port leads to Dante in smash: pic.twitter.com/ScoP3nEf2b

People talking about wanting Dante in Smash, but I just want… him pic.twitter.com/NrRpyVpJsg

tfw Dante can be in Smash pic.twitter.com/BFPQgnPZse