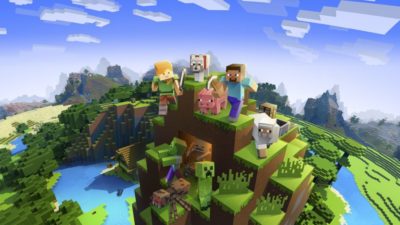 Minecraft‘s most recent update, 1.14 on PC, has added some new animals to the game. On top of all the creatures you’d expect to find in the game, you’ll now be able to come across cats. That begs the question: how do you tame them? Well, here’s everything you need to know about how to tame cats in Minecraft version 1.14.

How to Tame Cats in Minecraft Version 1.14

These cats can usually be found in villages, just loitering or running off to attack some of the smaller animals around. However, that doesn’t necessarily mean that they are easy to tame.

To get a stray cat to approach you, you need to be standing near one while holding a raw fish, specifically salmon or cod. After a little while, one will come near to you and you’ll be able to feed it the fish.

There’s no set amount of fish you’ll need to feed a stray cat in Minecraft for it to become tameable, so keep doing so until a little collar appears around their neck. At this point, you’ll also be able to stop feeding it and it’ll follow you around while purring and meowing.

Do note, however, that attempts to tame cats aren’t always successful and they’re likely to disappear or run off if they don’t fancy it. Just keep trying and you’ll tame one eventually.

What You Can Do With Cats

By pressing the use option when looking at a tamed cat in Minecraft, you can get them to sit still. They’ll also try to sit on things such as beds and chests without you asking.

They will teleport twelve blocks to you if you want, but they cannot be called it they have been asked to sit. To stop a cat from sitting in Minecraft, simply press the use option again.

That’s everything you need to know about how to tame cats in Minecraft version 1.14. For more tips and tricks on the game, be sure to search for Twinfinite.