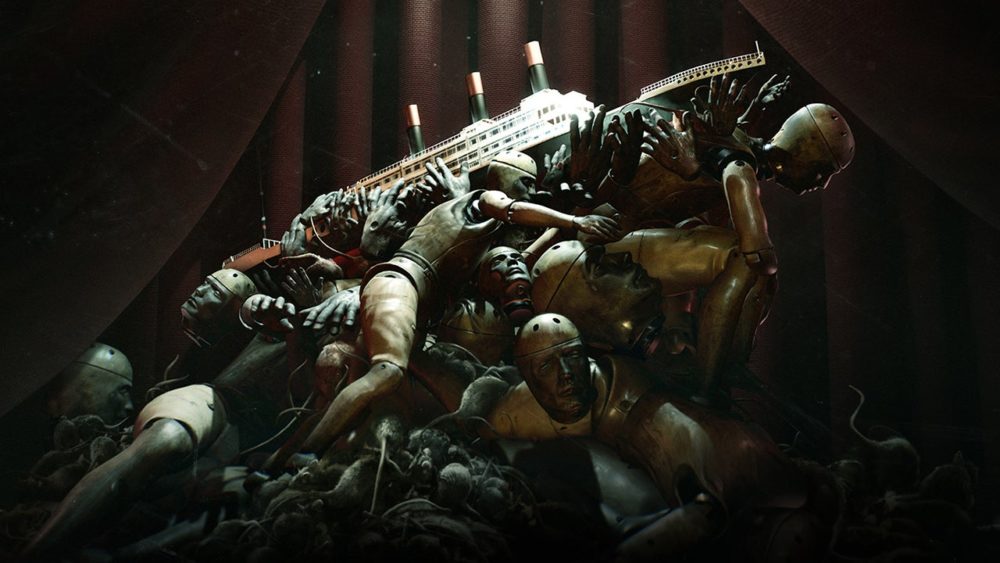 Layers of Fear 2 on PC

When I started Layers of Fear 2, I was thrust into what looked like a hotel corridor that was flooding. Where was I? Did I miss something important? But then I picked up a mirror and received my first jump scare.

This dichotomous first impression left me cynical but hopeful. I was afraid I would be lost for the rest of the game, unable to grasp the story, but I was also excited for similar, terrifying scares. Well, I was wrong on both counts, which is a big blessing and a slight curse.

Layers of Fear 2, the latest game by Bloober Team and the sequel to Layers of Fear, is another first-person horror-themed walking simulator that takes cues from P.T. and explores the unhinged psyches of the creatively gifted. This time, Layers of Fear 2 explores the mind of an actor who was once box office gold and is being sought out by an eccentric director (portrayed by a deliciously sinister Tony Todd).

Most of Layers of Fear 2’s gameplay loop consists of walking from room to room, waiting for something scary to happen or witnessing something scary, solving light puzzles (usually a code that is hidden 10 feet away), running away from bulbous monsters, and sometimes ironically avoiding the spotlight. Layers of Fear 2 is hardly a survival horror game, so it relies on its atmosphere to keep you invested and scared. And dear god, Layers of Fear 2 has an absolutely gorgeous atmosphere.

The first Layers of Fear was praised for its sinister imagery, and Layers of Fear 2 carries that proud tradition. Every inch of the game puts you on edge, from rooms that repeat and fold in on themselves when you’re not looking to levels that are nothing but dutch angles.

Plus, even though Layers of Fear 2 is supposed to take place on a cruise ship, it adds different settings to the insanity, such as old houses and pirate treasure caves. The game forces players to wonder how much of what the main character witnesses is real (and supernatural) and how much is a psychotic break.

On top of that, Layers of Fear 2’s audio ties everything together. The game’s admittedly linear corridors are slathered in binaural groans and ambiance. When the game wants you to feel like something nasty waits around the corner, its audio does far more than a stand-up job, and the occasional disembodied moan of pain is truly sickening. The game’s audio deserves a standing ovation.

Now, it’s no secret that Layers of Fear 2 is movie-themed, a logical continuation of the first game’s art theme. At first glance, Layers of Fear 2 seems as though it would tread familiar ground, just with a veneer of film reels, but I am glad to say that the movie motifs are more than skin deep.

Movies and the art of film infest every pore of Layers of Fear 2. From lighting effects that recreate the black and white, grainy footage of film’s early days to puzzles that involve examining the environment from a different angle to create passageways (a reference to the importance of perspective in filmmaking), everything is movie-themed. That includes the references.

Depending on your level of movie buffness, you might jump for joy when Layers of Fear 2 recreates the Moloch scene from Metropolis, or you could scratch your head when the game anachronistically references the “Come play with us” twins from The Shining. It’s all a matter of perspective.

However, the themes don’t extend to the game’s scares. Full disclosure: I didn’t find Layers of Fear 2 that scary. Did it put me on edge? Of course. Did it make me feel uneasy? You bet. But scared? For the most part, I went through Layers of Fear 2 less fearful than I hoped.

Layers of Fear 2 relies on six horror tropes: binaural audio, level design, rooms that change when you’re not looking, jump scares, mannequins, and chase sequences. I already praised the binaural audio and level design, and when a room changed off-screen, I occasionally got goosebumps. Nothing creeps you out quite like walking past a painting and turning around to see it has changed.

As for the jump scares, they got me every now and then. Layers of Fear 2 is not a jump scare-fest, and the scares are used sparingly. However, none ever reached the lofty heights of the first jump scare from the game’s opening minutes. Then again, that particular scare was seemingly built for me. It blindsided me while I was trying to gain my sea legs; it preyed on my gamer instinct to collect and examine everything, and by sheer coincidence it utilized my specific fear of seeing ghosts in mirrors.

Even though most of Layers of Fear 2’s jump scares, from the loud noises to flickering ghosts, made me jump, I spent most of the game praying for a bone-chilling scare akin to the first one.

Now we come to the elephant in the room: the mannequins. These make up the lion’s share of jump scares, especially when they move on or off-screen. Usually, I just minded my own business, sauntered down a corridor, heard a noise, and turned around to see mannequins blocking the path. It was a spine-tingling sight, one that gave me Weeping Angel and SCP-173 flashbacks, but if I never turned around, I would have missed them.

Moreover, the mannequins didn’t pose any threat. However, maybe that’s the point. Regardless, I left Layers of Fear 2 wishing the game handed me a sledgehammer because I really wanted to smash every mannequin to pieces, so they probably did their job.

As for the chase sequences, oh boy the chases sequences. These were a point of contention for me. Each one involved the same, formless monster that looked like an out-of-focus tumor with limbs. Normally, I would have been terrified by this Silent Hill-esque monstrosity and the threat it posed. However, the monster lost way too much gravitas when I realized its fatal flaw: each chase sequence was, without exception, a case of trial and error.

Sometimes I had to stick near light sources; other times I had to close and lock doors behind me, and sometimes I had to remember patterns to stay ahead of the creature. Regardless, the game never taught me the solution until nanoseconds before death, which didn’t give me enough time to react and always forced a retry with new knowledge.

For me, this flaw sucked the wind out of the monster’s sails. I began to associate the creature and its chases less with fear and more with tedium. Any terror I felt during these sequences was directed less towards the monster and more towards the potential of dying and repeating the chase all over again. Not exactly the kind of fear I wanted.

So, if I didn’t find Layers of Fear 2 scary, you’d probably assume I hated the game. Well, no. The fears weren’t up to snuff, but the story was. As previously stated, the game at first seemed like it would retread familiar ground. Instead, Layers of Fear 2 introduced some seemingly unrelated story beats involving the daily lives of ship crew members and some stowaway children and weaved them together wonderfully in a tapestry of tragedy that is affected by various binary choices sprinkled throughout the game.

Note how I said they are seemingly unrelated. Layers of Fear 2’s story might take time to pick up steam, but around the third chapter (there are five in total), everything starts to make sense. I guarantee that by the end of the game, you will look back at some of the weirdness you witnessed in the beginning and scream, “How did I not see that sooner?!” Layers of Fear 2’s story is, in my opinion, a glorious tale that tugs on your heartstrings and surpasses the original.

Before I forget, this game, like its predecessor, also features plenty of collectible items that will tease completionists. Most are tiny tchotchkes that offer little blurbs that fill in the story, but a few are larger, more important items such as film slides, movie posters, phonograph cylinders, and seemingly supernatural eldritch objects.

Your inner completionist will encourage you to search high and low for every collectible. More importantly, it will scream if you miss even one since the game is so linear. However, you can’t backtrack and have to wait until you finish the game and unlock New Game+ before you can go back and find whatever you missed. And believe me, I won’t rest until I find those missing collectibles.

All in all, Layers of Fear 2 lives up to half of its name. It’s got layers upon layers of delicious story, themes, and symbolism that will keep you coming back for more, especially if you want to witness the game’s multiple endings.

As for the fear, not so much, but I didn’t mind because the story was just that engrossing. I expected a game with terrifying scares and a confusing plot, but what I got was a game with okay scares and a fantastic plot. Layers of Fear 2 didn’t live up to any of my expectations, but given what I expected, that’s a good thing.