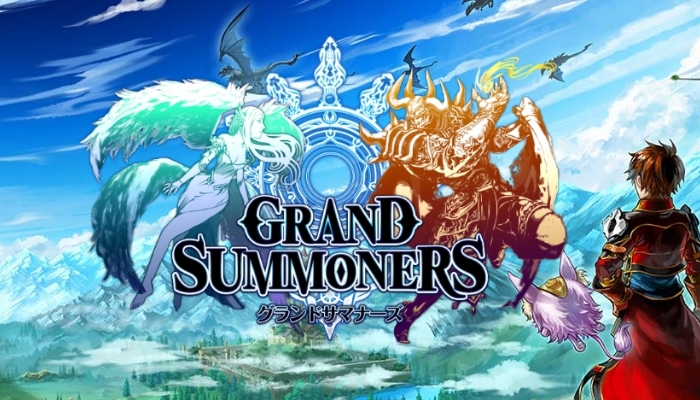 It’s been a busy year for Grand Summoners producer Masayuki Yamagishi and his team, in more ways than one.

Since Grand Summoners’ launch in the west last February, the game has continued to grow its player base with new fans and concurrent players in the U.S.

This is thanks in no small part to the anime character crossovers brought to the table, allowing for the likes of Rimuru Tempest from That Time I Got Reincarnated as a Slime and Ryuko Matoi from Kill la Kill to be used as playable units.

Behind it all was Yamagishi-san and his team, and with the title now having passed a year of availability in the west, we were able to ask him some questions about how he feels the title has done so far and what might be in store for players moving forward.

Keenan: How does it feel to see the game as well received as it is?

Masayuki Yamagishi: It’s been the journey of a lifetime!

I believe my experience with Grand Summoners is shared among all game creators, but there’s truly nothing that makes me happier than having an ever-increasing number of players enjoying the game I brought to life.

Yet, it’s our Summoners who built the “Grand Summoners” community and continue to play every day who deserve my gratitude most–and I want them to enjoy playing “Grand Summoners” as much as I take joy in creating the game!

K: What’s been your favorite thing to see since the game was released, in terms of the community, the gameplay, etc.?

MY: I appreciate the “Grand Summoners” community’s directness. From all across the world every single day, I get messages thanking me for creating “Grand Summoners.” While it’s been a team effort, it’s been truly amazing to experience this on a daily basis.

Regarding “Grand Summoners” gameplay, I personally can’t get enough of the battles in GS! My goal in designing the Battle System was creating an intuitive interface for complex and strategic combat decisions.

I was worried it wasn’t user-friendly enough for our global audience, so it’s been overwhelming seeing users fall in love with “Grand Summoners” worldwide!

K: What inspired the creation of Grand Summoners? What other RPGs did you guys want to pay tribute to and/or surpass, if any?

MY: “Grand Summoners” takes inspiration from the JRPG tradition, especially “Final Fantasy” and “Dragon Quest” (Dragon Warrior) on the console side, as well as “Brave Frontier,” and Final Fantasy: Brave Exvius” in the smartphone market.

My main goal when setting out to create “Grand Summoners” was to recreate the classic RPG I grew up with in a truly modern way. I wanted the gameplay to be fluid, fast-paced and challenging, with cutting-edge yet nostalgic graphics and effects.

Making sure the battles were always intense was very important as well. And with the tension struck between game input and gameplay response, I feel we’ve perfected the balance between strategy and gameplay.

K: What sort of advice would you give to new players coming to the game?

MY: As I mentioned before, “Grand Summoners” is a game created from my RPG wishlist as a child. Remembering what my favorite RPGs were and reimagining them as a mobile game, combined with the work of the tremendously talented team of “NextNinja,” we were able to bring our passion to life in gorgeous pixel detail!

I admit “Grand Summoners” has a learning curve, but by the time you complete the first chapter’s boss, you’ll know exactly why you decided to pick up–and continue the epic adventure of “Grand Summoners.”

K: What’s the thought process that goes into choosing the anime crossover characters? What kind of work goes into making sure they’re balanced, fit the aesthetic of the game, etc.?

MY: When considering crossovers, I first consider whether our players will accept the IP with excitement and wonder.

I keep an active eye out on globally popular anime IPs, read the original manga, watch the anime and imagine how NextNinja would create engaging in-game and real-life events with astonishing artwork.

Most importantly, I evaluate whether that IP would be fun to play in “Grand Summoners.”

Once the creative groundwork is complete and we’ve decided on an IP, we approach the licensor and engage in discussions upon discussions to ensure the IP is both best-represented and a blast for “Grand Summoners” players worldwide!

MY: It’s hard to decide my favorite crossover since each has a special place in my heart in their own way.

That said, above all, the “KILL la KILL” crossover determined the direction for “Grand Summoners” globally. Plus, all in-game elements including the artwork, motion, effects, and illustrations are the best of what NextNinja has to offer.

But it’s not without the significant contributions of Trigger that helped us create that amazing collaboration, and I want to thank Trigger again for helping create the best content together with “Grand Summoners!”

My personal ‘dream crossover’ is with “JoJo’s Bizarre Adventure” and I’d love nothing more than Jotaro Kujo from the 3rd Act of the series to appear in “Grand Summoners” as a playable unit (character). Of the many, many characters in the JoJo series, Jotaro is my favorite…so much that I named my son Jotaro!

K: What can players expect from the game moving forward? Are there any specific areas you want to improve or make better, or any features you’d like to add in at some point?

MY: Better battles, character units that are more fun, cool to use…including ninjas! We’re expanding the “Grand Summoners” worldview faster than ever, so we hope you keep playing or join us anew to experience the never-ending JRPG of “Grand Summoners!”

I’d love to share more plans, but I think you’ll have to experience the amazingness of “Grand Summoners’” by playing it yourself! On behalf of the NextNinja team as well as me personally, we hope you enjoy the ever-evolving world of “Grand Summoners!”