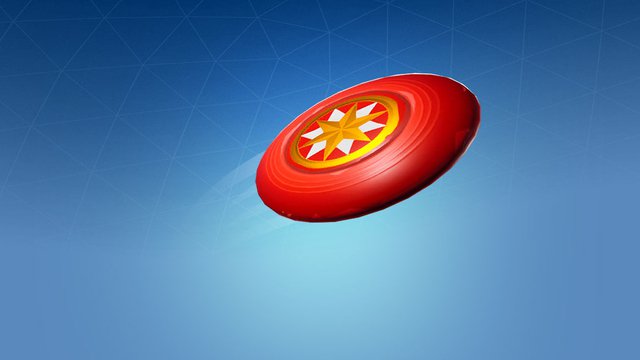 First things first, it’s worth noting that you can’t just do this at any given time in Fortnite. You’ll first need to unlock the flying disc toy itself, which can be a bit tricky if you haven’t been putting a lot of time into Fortnite Season 9.

So, let’s talk you through exactly what you need to do to get the flying disc so you can go ahead and complete this week 3 challenge.

How to Get the Flying Disc Toy

Once you do, you’ll then want to head to the Locker page in the Battle Royale mode and equip it to one of your six emote slots. This will make it easier for you to use it in-game and save you time where another player might try and gun you down for an easy elimination.

Once you’ve got the flying disc equipped, head into a game and try and find a quiet spot somewhere on the map. We advise avoiding named locations and going to somewhere around the southwest section of the map that’s rarely inhabited by players.

Upon landing, equip the flying disc and throw it directly into the air above you. Not only does this mean that it’s not going to travel far, meaning you’ll actually have a good chance of being able to catch it before it lands, but you’ll also be able to follow its trajectory and get yourself lined up right below where it’s going to land in plenty of time.

Once you’ve thrown the flying disc, you don’t have to do anything to catch it but make sure that you’re between where it is and where it’s going to land on the floor. As long as you’re stood directly underneath, your character will automatically catch it and you’ll have successfully completed this Fortnite Season 9 week 3 challenge.

That’s all you need to know to throw the flying disc and catch it before it lands in Fortnite for the week 3 challenges. For more tips, tricks, and guides on the current season, be sure to check out our ever-expanding Fortnite Season 9 guide wiki. Looking for more Fortnite Season 9 challenge guides, we’ve included a bunch of them down below.