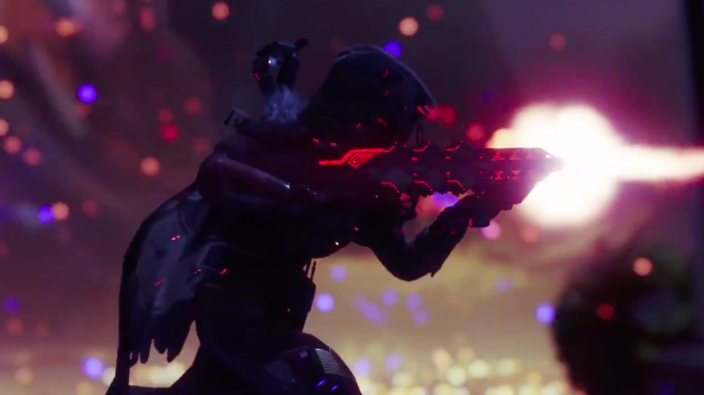 This week we saw the surprise release of Outbreak Prime (Perfected) into Destiny 2. A fan-favorite weapon of Rise of Iron players from Destiny 1, the quest has been widely praised for being exciting, well-constructed, and rewarding.

You need to be at the max power level to have a decent shot of obtaining Outbreak Perfected and while that might seem restrictive, it’s in line with what loyal fans of Destiny 2 have been asking for: content makes grinding for max power level feel worthwhile.

Just as key to the warm reception for Outbreak Perfected though was the surprise factor. This wasn’t on any roadmap, and unlike most exotic weapons, it was not teased by the Destiny Twitter account until after players discovered it. This is the kind of stuff that can be classified as fanservice for Destiny players.

Ever since the secret release of the Black Spindle back in Destiny 1, the community will lose their mind with excitement any time a new or returning weapon is discovered in a similar manner. Tucking away easter eggs for players to discover is always fun for everyone, but when that thread leads to a full-on secret quest with a badass reward, it’s that much more awesome.

You might wonder why Bungie doesn’t do this more often then since everyone loves it. One plausible reason is that the team might still be a little bit spooked by Destiny 2’s rough first year.

You see when things weren’t going well for Destiny 2, fans wanted to see a clear roadmap for how Bungie was planning to the game’s troubled end game. Although it was against Bungie’s historically secretive mantra, they acquiesced and by 2018 easy to follow roadmaps were being released.

As of Season of the Drifter, they have become so detailed that you know exactly when certain activities will drop including knowing when exotic quests are going to go live to the date.

This is mostly great and definitely was needed when Destiny 2 was being managed poorly, but now that the game has hit its stride it actually can be a bit of a downer to have most of the element of surprise ripped away.

I’m not suggesting that Bungie does away with roadmaps, closes down comms, and we go back to not knowing what’s to come and when it’s coming. Especially now that Activision is out of the picture, Bungie keeping the line of communication open is probably as important as ever to ensure fans don’t get worried about the state of the franchise.

That said, I don’t think it would hurt to be a little more vague.

Putting events like the Allegiance Quest on the roadmap doesn’t really accomplish much other than to spoil it, considering fans don’t know much about it anyway. Instead, it could have been something that players naturally stumbled onto via the cryptic messages that were sent to players leading up to it. Knowing Thorn was coming for weeks let out some of the air of its arrival.

I get that Bungie wants to make sure everyone knows exciting things are coming so they keep playing and that they likely are going for a balance of planned content versus the surprise events like Outbreak Perfected.

Alternatively, though, Bungie could just say that an exotic quest for a highly-requested Destiny 1 weapon is coming on X day and that would stir up just as much discussion if not more so.

I’m certainly nitpicking, but it is weeks like this one that reminds me how exciting Destiny 2 can be when Bungie embraces Destiny 2’s potential for its story to tell itself without the game needing to handhold players through it all of the time.

Fortunately, and I admit maybe I’m being optimistic here considering past history, I do believe that Bungie has seen enough of what landed well with fans in Destiny 2, and Destiny 3 will finally be the game that puts together everything the franchise has done well over the years which of course includes more of these unplanned surprises like Outbreak Perfected.