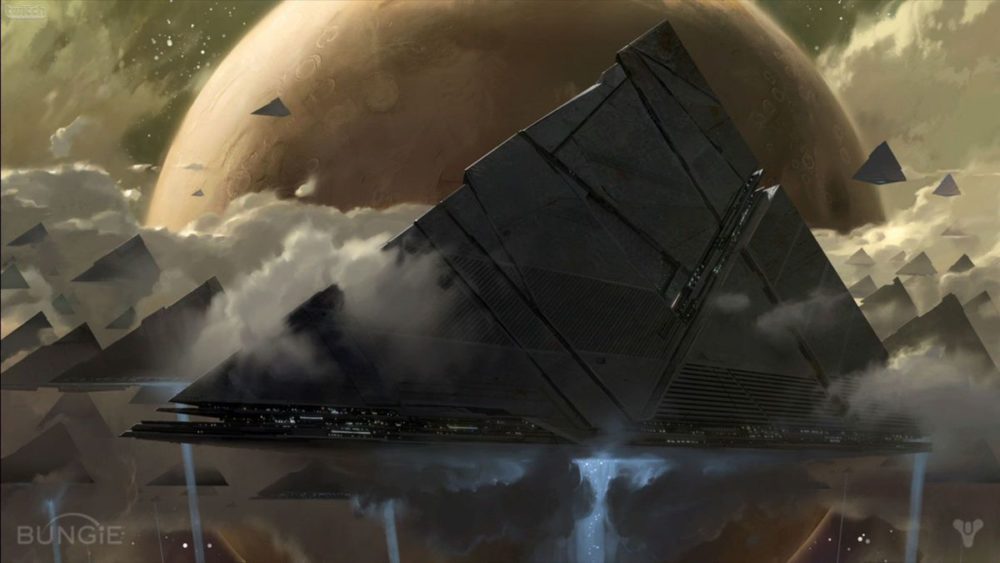 Last week, the Destiny community was titillated with rumors about Destiny 3. Between 4chan and Reddit, there have been a lot of potentially true/fake Destiny 3 news floating around, and it got widespread enough that Bungie themselves had to squash a rumor that was starting to become damaging; a surprising move as most companies, especially secretive ones like Bungie, rarely address rumors/leaks.

As credible as the source of the rumors might appear, nothing is fact until it’s announced by Bungie. Final Fantasy XIV fans very recently learned this lesson the hard way.

Details about a new job/class in Final Fantasy XIV, called a Dancer, being a new healer job was leaked by a supposed very credible leaker. This set expectations sky-high, and when Dancer was revealed to not be a healer, lots of fans were crushed.

So while Anonthenine may be someone that the community considers credible right now, anything is subject to change or to just straight up not be true. With all of that out of the way though, let’s indulge in a bit of “what if.”

The leaks tease that the subject of Destiny 3 will be about the Darkness finally returning and continuing their pursuit of the Traveler/Light. Astrodemons, as they are supposedly known, will have power on the level of Guardians, and the Guardians themselves will be able to take advantage of new darkness themed abilities.

All of this sounds pretty plausible so far considering how vanilla Destiny 2 ended and how subsequent story drip feeds have teased the return of what appears to be the Darkness.

What really got a lot of people like myself excited though was the tidbit that Destiny 3 overall has a goal of catering to its hardcore players. That the game is going to be more challenging, and will focus on how the hardcore community plays the game with more RPG elements.

If you want to go deeper down the rabbit hole there are even more rumors from 4chan, which are generally considered by most to be dubious, but these rumors suggest bigger raids, more PvE activities and larger planets, faction-based gameplay that would force players to choose sides, and the Cabal and Fallen joining Guardians as allied races rather than enemies.

The point of this article isn’t to comment on whether we think these rumors are true, again we have no idea. It could be real, it could be total BS.

Rather, what I’d like to point is the general community reaction to these rumors. So many people are hyped hoping that they are true.

While vanilla & year one Destiny 2 was doomed from the start, year two has been a massive step in the right direction. Together, Forsaken and the Annual Pass have combined to add more challenging and interesting activities designed for committed players and while not perfect, is certainly an improvement over the post-launch support of Destiny 1, and year one of Destiny 2.

And here’s what year two of Destiny 2 and the rumors have in common: the parts that people are praising getting excited about are the same.

It’s redundant to point out, but it’s still as true as it has been since Destiny 1 launched: build an endgame that is fun and rewarding, and that also contains a challenging place for players of all different types to put their loot and skills to the test whether it’s high-end raids, Trials, or Gambit Prime. And please, for the love of The Nine, overwhelm fans with lore. It’s an ace in the hole for the series that has still yet to be fully realized.

And finally, perhaps most importantly, rather than abandoning all of their work for a new Destiny game, Bungie should continue to expand on top of it, like a traditional MMORPG.

The reason Destiny 2 was such a gut punch at first is because Destiny 1 had finally arrived at a point where it felt so complete and stuffed with fun things to do, but it was left behind for a flawed new game that was going to be the focus of Bungie’s support.

Destiny 2 will likely face the same fate as Destiny 1. However, the series from the get was a planned trilogy, and Destiny 3 might finally be the place where Bungie can do this.

This is the direction that so many fans have been begging Bungie go in for years. Whether Activision truly held Bungie back from their ambitions or not is unknown, but regardless that excuse, if it was ever valid, is gone now.

This shouldn’t be written off as pie in the sky. All it would take is for Bungie to commit to what they have been doing since year two of Destiny 2 and not give up on it. Fans have a right to expect that vaguest takeaway from the leaks, a commitment to the hardcore players, wind up being true.

Bungie has plenty of data between two games worth of experimenting now to have figured out what their players want and Destiny 3 is their opportunity to deliver at a level they have never done before.