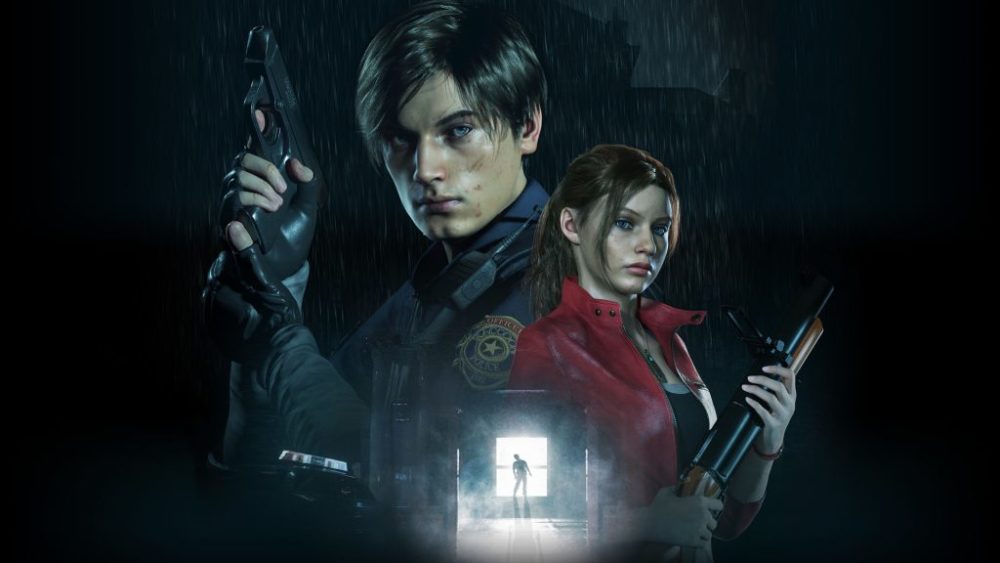 Zombie fatigue has apparently become a pretty real thing in 2019.

We’ve seen no shortage of post-apocalyptic zombie games in the past decade; The Last of Us, State of Decay, Dying Light, World War Z, just to name a few off the top of my head. The latest first-party PS4 exclusive Days Gone is only the most recent contender to join the long line of zombie games that already exist, and as I mentioned in my review, it’s a bit of an exhausting one to play.

Days Gone’s Freakers aren’t particularly interesting to fight, its open world is awfully one-note and banal, and you’re spending most of your time fighting human enemies anyway. After playing Days Gone to completion, I was convinced that I’d had enough of these zombie games for a lifetime.

But then I booted up the Resident Evil 2 remake for what must be my 30th playthrough at this point, and I was hooked all over again.

Resident Evil 2 is probably the most basic of basic zombie games, and that’s precisely what makes it feel so fresh in 2019. It doesn’t particularly care about making a statement on humanity or how our morality shifts when the chips are down and all bets are off. You’ve got your two protagonists trapped in a police station, and your goal is to get out while trying to survive the zombie outbreak. Boom. Simple.

Alright, I’m oversimplifying the plot of Resident Evil 2, and in all honesty, the remake does have a pretty compelling story with fun characters and very in-depth environmental plot details. But at face value, Resident Evil 2 is extremely straightforward and no-nonsense.

That’s a pretty big design element that ultimately determines whether a horror game is effective or not. The Last of Us, for instance, is a large linear game with set-pieces designed specifically for scripted infected encounters, and they work well. But even TLOU occasionally fell prey to the open world trap in its larger levels, where you’d find tons of infected roaming around.

In these instances, the game felt less suspenseful and scary, and became more of a matter of running past a bunch of enemies in a wide open area to get to your destination.

The Last of Us shined best when the levels were designed around the infected themselves. And the same could be said for The Evil Within 2, which surprisingly struck a very fine balance between scripted and open-ended encounters as a semi-open world game.

The Evil Within 2 kept its open world fairly small, but players were given complete freedom to explore as they wished. The difference was that the open world was packed with mini set-pieces and levels that were also designed around the infected enemies, and there was always some sort of trick or element of suspense to every area you ventured into.

With a traditional open world game like Days Gone, that issue of zombies being mere obstacles is magnified even further. The Freakers feel less like a world-ending threat and more like obstacles that you can sidestep easily when you’re roaming around.

As a zombie game, Days Gone utterly fails at capturing what exactly makes these zombies horrifying. There’s little suspense, no fear, and right from the start, it’s clear that this is a game that’s all about ticking things off your open world checklist, and maybe you’ll run over some Freakers along the way.

Resident Evil 2, on the other hand, capitalizes on the human’s primal fear of the unknown, and it comes through in its depiction of even the game’s most basic zombie type.

As a structured experience, Resident Evil 2 relies on tight level design, audio cues, and other gameplay systems (which we’ll get into in a bit) to build suspense and up the horror factor. The RPD’s narrow corridors are designed to foster a sense of claustrophobia, and when you couple that with the game’s minimal use of lighting, you’re left with an unbridled sense of dread of being stuck in a small space with dangers lurking in the darkness.

You’ll be presented with dark rooms and corridors to explore, and you’ll always want to know if there’s anything worthwhile hiding in those shadows. But you can’t possibly know if there is anything, not unless you choose to explore with your flashlight. Every moment in Resident Evil 2 forces the player to make a choice, whether it’s choosing to backtrack through an area for a first-aid spray you left behind, or forging ahead into the shrouded unknown in the hopes that you’ll stumble upon another save room.

Zombies are legitimately terrifying because you just never know if one might be lurking around the next corner, and you might not even have the resources to deal with them.

Resident Evil 2 continues to build suspense by constantly testing the player’s natural fight or flight instincts, which comes through with the game’s aiming system. Move around while aiming your weapon, and the reticle will get larger, making your shots inaccurate. Stay still while aiming, though, and the reticle gets smaller, allowing you to shoot more precisely.

The aiming system is designed in such a way to get players to confront the zombies up close and personal, and the game is, in a sense, daring the player to hold firm and stand their ground in the face of danger. Panic, or try to get some distance between you and the zombie, and you’ll miss your shots, causing you to waste ammo.

That’s an incredible concept incorporated into the game play itself. Horror movies have always typically dealt with story arcs involving the protagonist placed in a position of weakness as they’re hunted by the villains, but the tables always turn towards the end when the protagonist finally finds the willpower to fight back.

The simple idea of facing your fears head on is a major element in the horror genre, and Resident Evil 2 captures that sentiment with just its variable aiming system alone.

In most zombie games, the gameplay primarily comprises of your character either running or shooting. With the variable aiming system, Resident Evil 2’s already managed to throw a new twist into the mix, adding a new layer of horror that comes with running and shooting zombies.

Over the years, zombies have become one of the core tenets of the horror genre. They are the Other, or the unknown, and a lot of the fear in horror movies or video games comes from that same fear of the unknown.

At the same time, though, too many recent zombie games have devolved this core idea into adrenaline-fueled action experiences, where your primary goal is to shoot and kill as many things as possible. No wonder we’ve become so desensitized to the very idea of zombies. No wonder ‘zombie fatigue’ is even a thing at this point.

Unfortunately, Days Gone falls into every single trap and pitfall that comes with making a zombie game, and not having the actual focus be on the zombies and the kind of fear they represent in the horror genre. Days Gone doesn’t feel like a mediocre game because of the aforementioned ‘zombie fatigue’; it feels like a mediocre game because it fails to present any of the elements that make the zombies so terrifying.

Zombie games and stories don’t need to be constantly evolving to be interesting. We don’t even necessarily need deep narratives that explicitly spell out the idea that maybe humans trapped in a post-apocalyptic world are even more savage than the mindless flesh-eating beasts surrounding us.

As Resident Evil 2 has so capably shown us this year, all a zombie game needs to be good is for the zombies themselves to be the stars of the show.