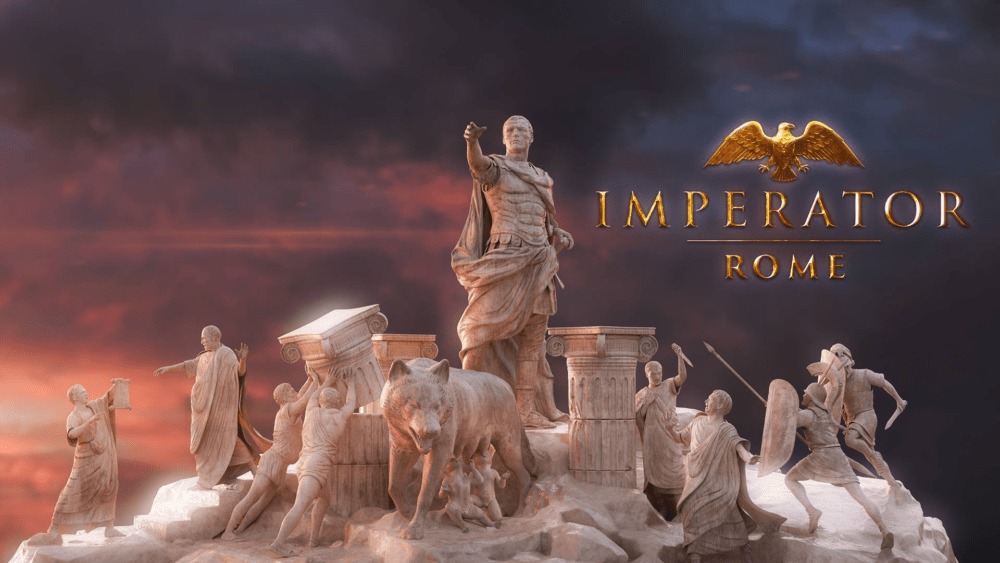 For a while now, Paradox Interactive have been the masters of diplomacy when it comes to 4X strategy games. Other strategy mainstays may have them beat when it comes to combat (Total War) or civic development (Civilization), but there really is something to be said for the kind of diplomatic depth that allows you to crush your foes with the pen, as well as the sword.

Imperator: Rome is the latest in a long line of strategy games developed by Paradox, and whether they take place in the Middle Ages, World War 2 or the birth of the Roman Republic, there is so much shared DNA between the iterations of these games that make them instantly recognizable.

But let’s get down to brass tacks: you’re here for the stats, aren’t you? Don’t play coy with me, of course, you are, that’s why we play these games isn’t it? You’d have to love them or you are in the wrong place, you have to live for those incremental statistical upgrades or decreases that are the spaces between which empires end and legends are born.

I’ve heard these games described as ultra-hardcore spreadsheet simulators, and that’s incredibly apt. If you can’t get excited about the 5% Discipline bonus your Spartan hoplites receive for adopting the Sarrissa Military Tech (and how could you not?) then Paradox doesn’t want you. Hell, I don’t even want to know you. 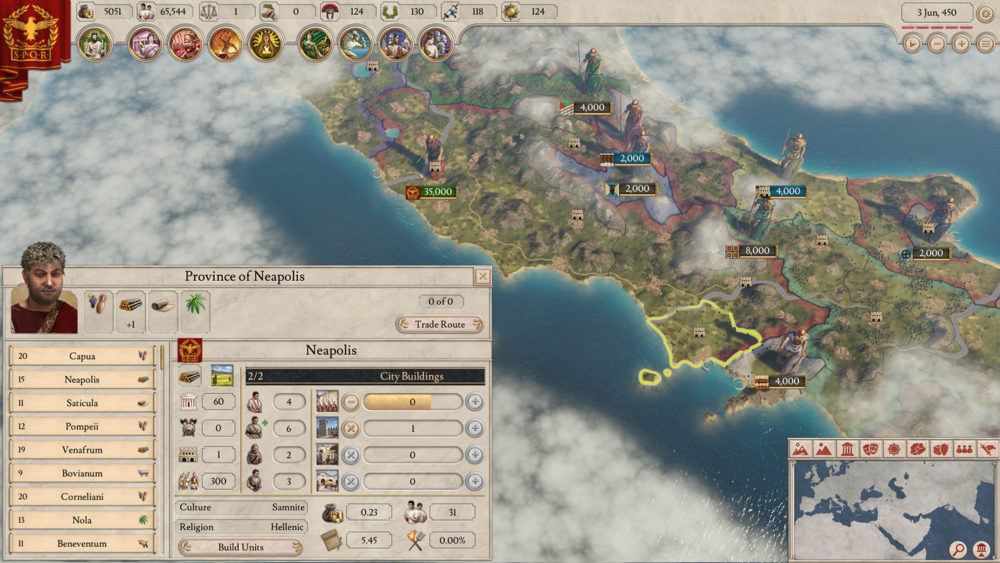 But all joking aside, these games exist for the incredible hardcore history fan, that wants the ultimate in historical simulation. It’s for the kind of gamer that has ever wondered to themselves, from their armchair in which they determine the fate of thousands: What would have happened if Gaius Marius’ reforms hadn’t taken place when they did, and Roman military innovations hadn’t been as effective as they were?

Would Julius Caesar’s conquest of Gaul have been as successful, or would the great Gallic king Vercingetorix have ousted the Roman invaders and carved out an empire of his own?

These are the kinds of scenarios that Imperator: Rome allows you to explore, and it does so brilliantly. It allows you to choose to lead any people, from the Romans to the Spartans or literally hundreds of others and asks the simple question: What if?

The actual act of a play is a complex set of balancing acts that are played out in real time, with hundreds of other factions all playing simultaneously as well. This is achieved by navigating through layers and layers of UI which, in my opinion, is done well and feels more intuitive than either Crusader Kings II or Europa Universalis IV, the Paradox games I am most familiar with.

Again, I couldn’t imagine anything more intimidating to someone unfamiliar with this series, and while there is a tutorial, it doesn’t even begin to scratch the surface.

You will need to manage everything from your chosen people’s economy, technological focus and military might, but that is the most top-level way of putting it. I would go many times over my word limit explaining the depth of these systems, like the money-making strategies of mothballing fortresses in times of peace or reducing a particular governor’s salary to eke out another half ducat per month.

Concepts like manpower, supply, and morale add complexity to the game’s combat, which is fairly simplistic at first glance. Sure, you might be able to afford another unit of Roman Legionaries, but do you have enough bodies to fill their sandals? Can you feed them? and would they even want to fight for you, tyrant that you are?

Mistakes have very real consequences, too. Wars gone wrong can be disastrous for small nations: losing an entire generation of young men can be a crippling blow from which a state cannot recover. 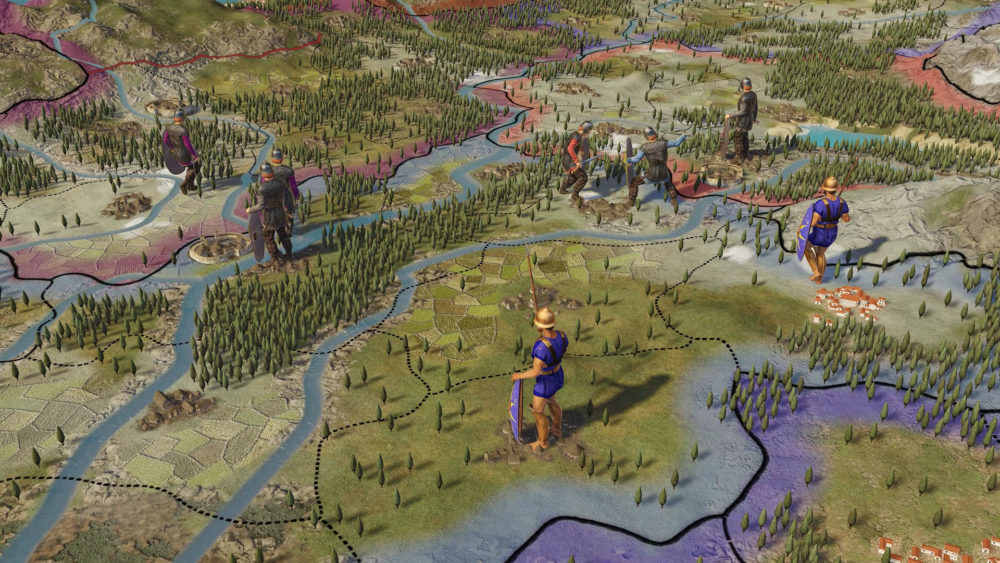 Speaking of states, Imperator does a fantastic job of showcasing the different governmental styles of the day. For example, Sparta is a stratocratic aristocracy, headed by a king who is an absolute monarch. He can declare war over personal insults and intimidate lesser states, all the while diverting resources to the military.

Nearby Athens, Sparta’s traditional enemy, is a democratic republic, and as you might imagine they cannot so much as sign a trade deal without the support of the Senate. Playing as Athens, you fight opposing political parties as much as you do outside foes, and it’s just as riveting.

A typical game can last you anywhere from 10 to 100 hours, depending on how much of the map you want to paint in your faction’s color. Typically in these games, I get burned out after achieving some predetermined goal, say creating the nation of Gaul as the Arverni, which requires bringing what is modern day France under a single banner. That’s no small task and might take multiple play sessions, and afterward, you might want to conquer the Brittanic Isle, or challenge Rome herself.

Playing as a different nation (of which there are several hundred to choose from), in a different sphere of influence can feel remarkably different, even if you are going through the same motions. As the Arverni, you are surrounded by similarly sized tribes, and with a bit of thought and careful planning, you can overcome your rivals.

Playing as say, Judea, with its seven cities, you live in the shadow of Phrygia and the Seleucids. They have hundreds of cities each and is akin to a mouse attempting to live between the paws of a sleeping lion.

This allows for near infinite replayability, with some members of the Paradox community boasting of thousands of hours played in other titles, and Imperator absolutely continues that trend. For the right kind of person, this could all the game you need for the rest of the year, and then some.

What Imperator: Rome does, it does impeccably well. Like Paradox games have been doing for years now, it will devour hours and whole days of your life, and you will give them willingly. But you will have to work for it, learn it like a foreign language. But it is worth it, and the more time you put into learning it, the more you will come to appreciate it. Even Rome wasn’t built in a day.