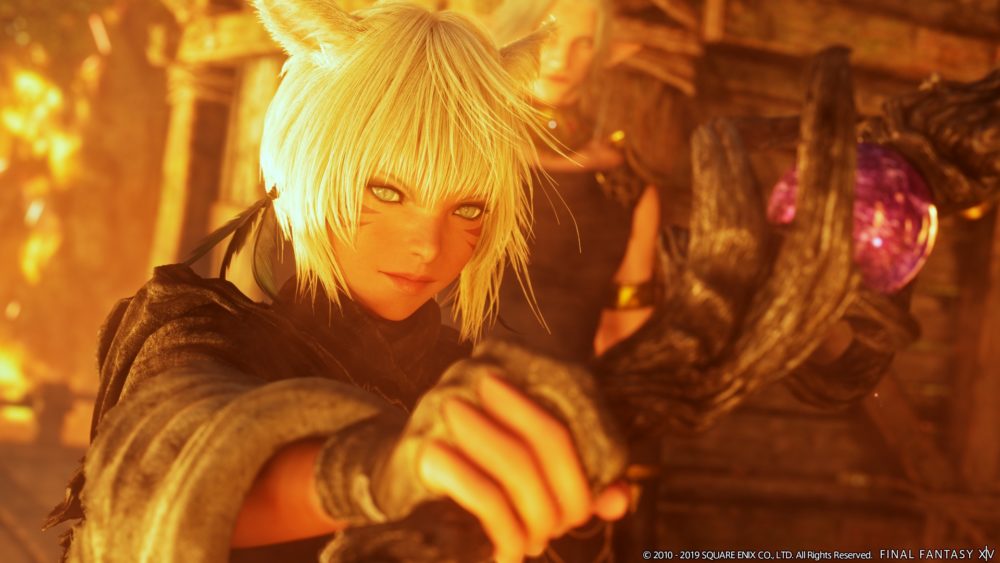 After a two-year run, the Stormblood arc in Final Fantasy XIV has finally come to a close, which means it’s time to get ready for the next major expansion: Shadowbringers.

My FFXIV journey began about a year after Heavensward had released, and while I was no doubt aware of all the complaints about the dragged out story arc in A Realm Reborn, I’d found it to be oddly refreshing.

The Final Fantasy games were always about bringing a group of misfits together in an effort to save the world. Ever since FFXII, it felt like the series had lost its way a little in terms of character development and actually getting players to care about their core party, but somewhat unexpectedly for me, FFXIV had managed to capture that feeling of camaraderie yet again.

The story arc in ARR was centered around the Scions of the Seventh Dawn, a group of people chosen by Hydaelin to protect Eorzea from the resurgence of Primals. I’ll be the first to admit that a lot of the minor lore details have escaped me in my 800+ hours of playtime, and I couldn’t even tell you off the top of my head which Umbral or Astral era we’re in right now.

But still, A Realm Reborn cemented Final Fantasy XIV as one of my top five favorite Final Fantasy games because of how well the game made you care about your fellow Scions. A lot of the characters started out rather trope-y, as you’d typically expect from most JRPGs, but it was always at least a little comforting to have a home base of sorts to return to, and know that your comrades would be there waiting for you.

Since the end of ARR, though, we haven’t actually gotten to spend that much time with the Scions. Especially since, y’know, a bunch of them supposedly died and we were all flung to separate corners of the world.

After an incredible ending to the ARR arc, we were immediately thrown into the Ishgardian politics of Heavensward, and then the Doman civil war of the Stormblood expansion.

Now don’t get me wrong; both expansions were fantastic, and introduced us to even more characters that players grew attached to, but it just wasn’t the same as gathering with the Scions back at the Rising Stones or the Waking Sands.

As the Final Fantasy XIV story continued, the Scions did re-emerge at certain points of the story, but they were never the focus. There was always some other major crisis to focus on, some other group of people that needed our help. The remaining Scions would shamble together when needed, but the group never really got a chance to band together ever since the epic conclusion to ARR.

With Shadowbringers, however, it looks like the Scions are finally going to be brought back into the spotlight.

The final patch for the Stormblood arc brings the Warrior of Light back firmly into Eorzean politics, where the remaining Scions have gathered in an effort to push back the Garlean forces. But this time, there’s a twist: all of a sudden, every Scion is getting their soul or consciousness sucked out of their bodies after hearing a mysterious voice in their heads.

The Warrior of Light can’t escape this either, but eventually she’s the only one left among the Scions who’s still standing, and this is where the Shadowbringers arc comes in.

Granted, we still don’t know all that much about the Shadowbringers story, aside from the fact that the Warrior of Light is going to become the Warrior of Darkness, and we’re on a mission to find out exactly what’s happened to all our Scion friends.

Hate her or love her, Minfilia was the de facto leader of the Scions back in ARR, and she was essentially the glue that held the group together before things went south. We got closure to her character arc during the Heavensward days, when it was revealed that she was now some sort of otherworldly servant of Hydaelyn… or something. It was definitely closure for her story, but it also meant that the Scions were truly never going to be the same again.

Minfilia is coming back in a big way in Shadowbringers, evident by her new childlike appearance in the trailer, along with Thancred’s unwavering resolve to protect her. Yet another key character in the Scions, Thancred was another one who largely went MIA post-ARR, only popping up every now and again when he was really needed.

With both Minfilia and Thancred firmly back in the thick of things, coupled with the support of the rest of the Scions like Y’shtola, Urianger, Lyse, Alphinaud, and Alisaie, I can’t help but feel a little excited for what’s to come in Shadowbringers.

After all, it’s literally been years since the Scions have teamed up to avert yet another world-ending crisis, and it’s looking like we’re going to be getting exactly that in the coming expansion.

The Final Fantasy games have always been about cultivating that sense of friendship and camaraderie —an element that was thoroughly explored in A Realm Reborn, but somewhat cast to the wayside in the subsequent two expansions. It’s been a long road, but Shadowbringers is poised to bring the band of misfits back together again. And, if played right, Final Fantasy XIV’s upcoming expansion might well be its very best yet.