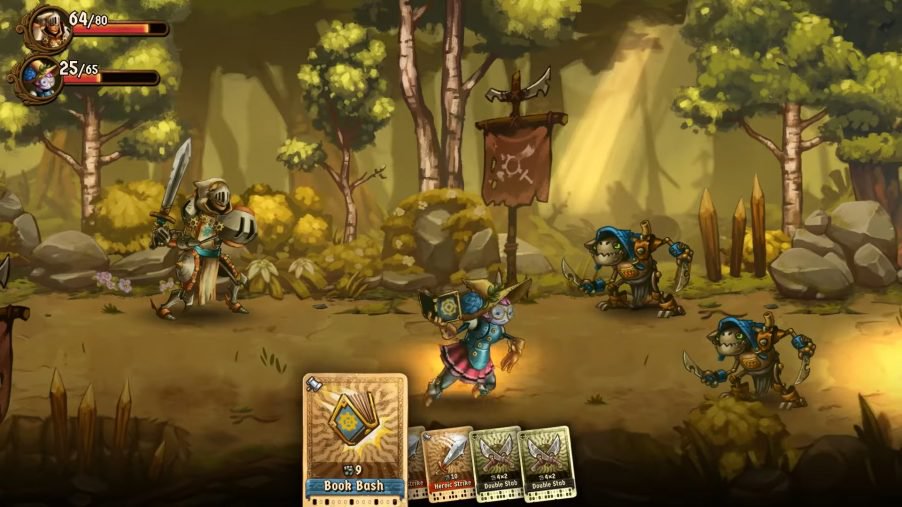 Pretty much since the Switch’s release in early 2017, much of the talk surrounding the system has been about whether or not it’d get that all-important third-party support that the Wii U felt the absence of so heavily.

Be it in the form of whether or not Nintendo could churn out enough quality first-party titles, whether the system could handle the best of third-party offerings, or just whether or not they’d find an audience, there were concerns. For the most part, these concerns have turned out to be a non-issue.

Indies have found a true home on the hybrid system, and while the true AAA blockbuster titles such as Call of Duty and Sekiro have missed the Switch, there are plenty of ports of other major releases such as Dragon Ball FighterZ, Civilization VI, Skyrim (because of course), and Sonic Mania to help flesh out the library. It’s a veritable treat!

As we enter the Switch’s third year on the market, that third-party support doesn’t show any signs of slowing down. In fact, looking at April, it’s easy to overlook the fact there’s no first-party offering from Nintendo releasing in the month. Aside from that nifty Labo VR Kit, but is it really a game? Nah.

It all kicks off today with the release of Phoenix Wright: Ace Attorney Trilogy. A healthy slice of narrative-driven, investigation-based gameplay, Phoenix Wright sees you essentially solving the mysteries behind numerous murder cases.

You’ll search for clues to piece together what happened, and then look for flaws in various statements in courts to get to the bottom of things. It’s far more entertaining than it sounds.

Skip forward a week, and Final Fantasy X/X-2 HD Remastered also comes to Switch with over 200 hours of gameplay for fans to sink their teeth into. Both games have been given a rearranged music score and remastered HD visuals to make these classics feel at home on a current-generation system.

On the same day, My Time at Portia grants players the chance to start their own farm in the town of Portia, growing crops, fulfilling commissions for villagers, raising animals, and getting to know the locals. Think Harvest Moon mixed with craftwork and you’ve got a good idea of what to expect.

Two days later, on April 18, former-Microsoft indie darling Cuphead brings its run-and-gun action to the Switch in all of its glorious 1930’s beauty.

Don’t let its charming visuals fool you, though, Cuphead is a brutal gauntlet of challenging bosses and tricky, classic run-and-gun levels. The whole thing is topped off with classy jazz recordings and an announcer that makes the whole thing look like an old-style comic book playing out before your eyes.

Shifting into the next week, Mortal Kombat 11 hits the Switch simultaneously with all other versions. Based on our time hands-on with the game earlier this month, we were pretty impressed with how the gory action played out on the Switch, even in handheld mode.

It’s the kind of game that, as long as it holds up online, could be a great time sink for Switch-owning fighter fans.

Then there’s the turn-based RPG SteamWorld Quest: Hand of Gilgamech, BoxBoy! + BoxGirl!, and Final Fantasy XII: The Zodiac Age all still to release within the final week before April comes to a close.

My point is, even if Nintendo wasn’t releasing anything this month, it wouldn’t even be a concern. Not only are all of the games above great titles well worth checking out in their own regard, combined, they cover such a broad range of genres and tastes.

For something narrative-driven, Phoenix Wright. Deep RPGs you can pour hours into? Final Fantasy X/X-2 HD and XII, or if you want something new, SteamWorld Quest. A tough platformer-cross-boss gauntlet? Cuphead. Gory, mature fighting? Mortal Kombat. Complete opposite of that? My Time at Portia.

I won’t pretend that every month has been like that, but at a time of the year where releases are beginning to slow up, it’s impressive to see Nintendo bringing in third-party support to help fill the void while the next batch of first-party goodness bakes in the oven.

Particularly with Resident Evil, Zero, and 4 all releasing in May alongside Assassin’s Creed III and Team Sonic Racing.

After May passes, we’re back into the first-party releases with Super Mario Maker 2 currently slated for June, and Fire Emblem: Three Houses releasing in July. With an E3 Nintendo Direct filled with more third-party announcements and exciting first-party titles with Mario and the gang, the rest of 2019 could look bright for Switch owners.