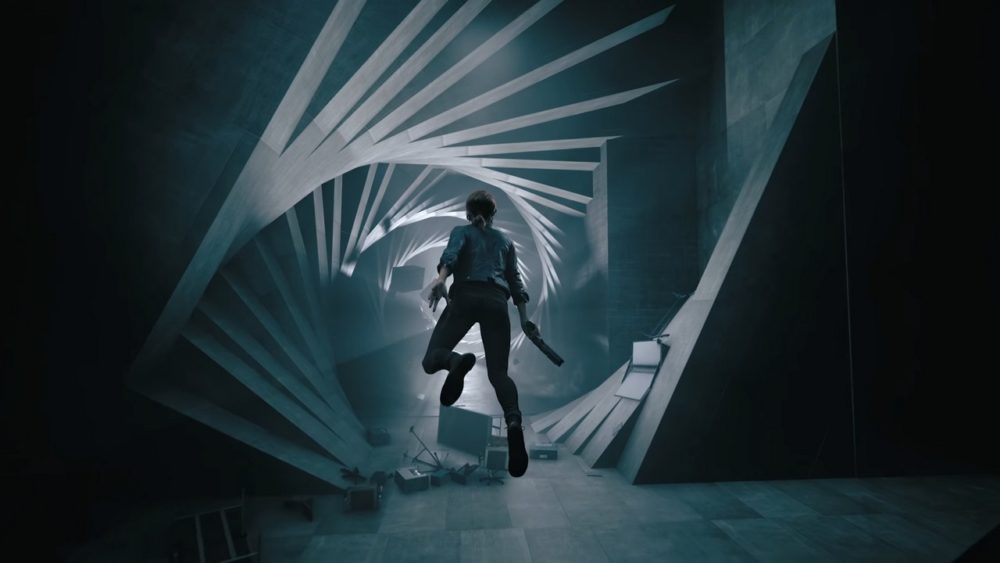 Remedy’s upcoming third-person supernatural action-adventure game, Control, launches in just a few short months. August to be exact. During this year’s PAX East out in Boston, I got a chance to play a vertical slice that was about 20-30 minutes long.

During my playthrough of Control, I was easily reminded of Remedy’s past games, such as Alan Wake and Max Payne. Still, Control’s approach to combat and traversal is fresh as hell and while the game seems to be plagued with quite a few frame rate and technical issues, it doesn’t stop the combat from feeling fresh and ultimately satisfying.

The main protagonist of Control, Jesse Faden, is growing into the role of the new Director while she searches for clues to uncover strange experiments and phenomenons going on at a super secret agency based in New York.

Jesse can do a lot of things in Control, like a lot. Using her supernatural abilities, she can basically fly (hover), use telekinesis to pick up/throw objects and enemies, guard using nearby debris, charge at foes with a really strong melee attack, and most importantly, Jesse has access to a very special gun.

Of course, the gun can shoot bullets as any gun does, but the customization that you have access to makes every single enemy encounter different from the next. You can equip up to two different gun styles, letting you play around with a pistol-type setting, a shotgun-like mod, and one that lets you charge up for a powerful sniper shot.

There are also weapon mods and items to find that you can equip on your person and on your weapons to increase things such as Jesse’s health and your ammo limit.

Every time I got into it with one of the many enemies that were thrown at me in the demo, I quickly thought about how I was going to deal with the encounter.

Should I try to aim down for a sweet headshot? Should I pick up this random boulder and sling it at his face? Or, should I do a melee attack and stun the enemy, which lets me take over their mind to turn them into allies?

Floating around, switching out the gun-types, and slamming my fist into my foes made me feel oh so powerful. And after playing for just a few minutes or so, I had a pretty good handle on the control scheme.

Shooting felt responsive, the hovering technique didn’t feel weird, and every enemy could have been defeated in any of the ways I’ve mentioned.

Remedy does a fantastic job of giving you a variety of methods to take care of enemies, and it doesn’t matter how you decide to do it, killing these baddies is super satisfying.

The possibilities are endless here in Control, but the only negative aspect of the combat that kinda put a hinder on my overall experience was the ongoing frame rate stutters that happened when I was fighting more than three or so enemies.

You see, Control deals with a ton of particle effects, and yes they look great and all, but when you constantly throw debris and rocks around in the game, the effects become overbearing, causing the game to kinda freak out for a second.

There was an instance when I was in a battle with almost five or six enemies at once and the game literally stopped for a second or so to catch up with what was happening onscreen. I still had a ton of fun fighting enemies and checking out the powers that Jesse has at her disposal though, with frame-rate issues and all.

It didn’t totally ruin my experience with Control, but I just hope that Remedy can rectify this issue before the game launches on Aug. 27 for PS4, Xbox One, and PC (via the Epic Games Store). The game is shaping up to be something really, really cool, and as a fan of Alan Wake, I’m honestly stoked to play more of this.