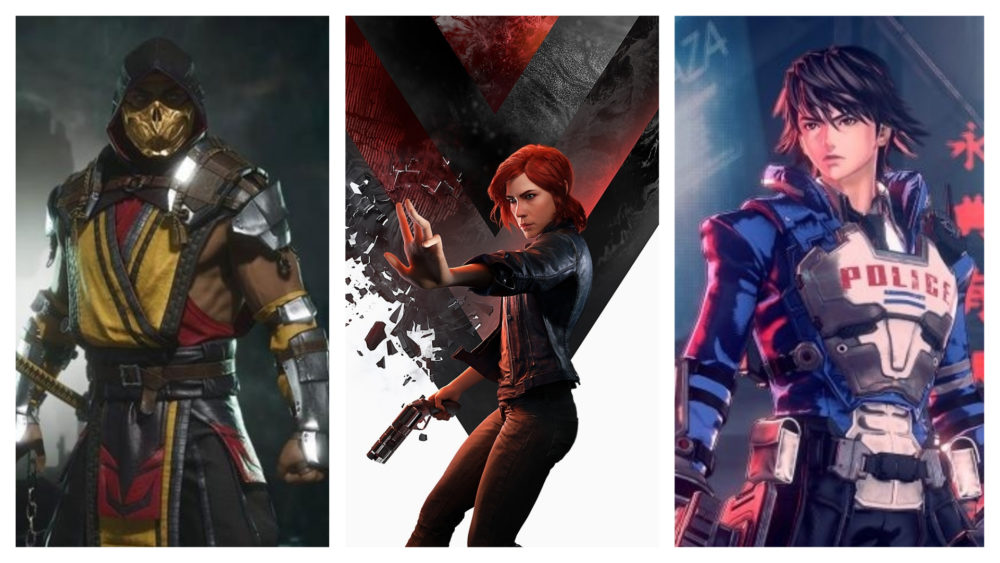 New game releases have been coming in hot in 2019 so far. The sheer number of consecutive AAA game releases has been almost comical. Resident Evil 2 Remake, Kingdom Hearts 3, Crackdown 3, Anthem, the finale of The Walking Dead, Jump Force, Sekiro, the list goes on. There have also been standout indie titles in the mix, too, like the excellent Wargroove.

This doesn’t look set to continue, though.

While it would too much to say the rest of the year is looking like a ghost town, it certainly has the familiar odor of a generation that is dying down; at least as far completely new AAA games from major publisher/developers that are capable of leveraging the most out of a home console are concerned.

We’ve reached that apex point where publishers are thinking seriously about whether to staggering development so as to better time the release of their games with the next generation.

This month will see the release of Mortal Kombat XI, which we’re quite excited for here at Twinfinite, as well as the highly anticipated PS4 exclusive game, Days Gone. In May there’s Rage 2 for FPS fans, June sees the release of Judgement, a spin-off from the Yakuza series, and in August you have Remedy’s next big game, Control and the latest from Platinum Games, Astral Chains.

So not all that bad, initially, with a smattering of interesting games set to keep us going through the summer. It’s after August, though, that things start to get really murky.

A lot of the heavy hitters that people are waiting for, such as Gears of War 5, Animal Crossing, The Last of Us 2, Halo Infinite, Death Stranding, and Ghosts of Tsushima all have somewhat vague release windows rather than firm release dates. It’s all a bit up the air.

Assuming those games all land in 2019 then yeah, sure, the holiday season for 2019 would be another banner year for great games.

Four months into the year, though, and that isn’t looking all that likely. No windows should be taken as anything more than a placeholder at this stage. After all, virtually every major publisher has been guilty of promising a release date and having to delay it out of the calendar year at some point or another this generation.

Not to mention, the added factor of the generation coming to an end sooner rather than later also might motivate publishers to reconsider their plans.

New upcoming features that publishers are likely privy to by now, such as… let’s say a completely hypothetical scenario where Sony’s next console features some kind of portable mode, is a major factor for example that would need to be thought carefully about. And at the very least for some games current in development, publishers are likely considering whether or not it’s worth it to develop a next-gen version of their game alongside a current-gen one, which could slow progress down.

E3 will be the big litmus test for how publishers are feeling about how much more is left in the tank of this current console generation. If Sony’s actions are anything to go by –they’ve already dropped out entirely– then not all that much.

It’s possible, of course, that Sony could announce the release dates for one or more of its upcoming exclusives sometime this year via its new State of Play video format. But as for new any new content specifically for this generation? I think we’ve seen everything now, and even what we know is in the pipeline isn’t a sure bet for PS4.

So does that mean we won’t be blindsided by any other surprise releases this generation as we were with Gearbox’s Borderlands 3 recently?

Well, Microsoft could be the first one to reveal their next-generation plans this year and open the flood gates for next-gen game news once the cat is out of the bag. Or just as likely, it could be a toned down show that reveals the Halo & Gears 5 release dates, shows off some new indies and calls it a day. Either scenario doesn’t really paint a picture that shows 2019 as being to be jam-packed.

We’ll have to see. We’re just speculating for now, but I was around doing this job for Twinfinite the last time the generation started to flip, and it certainly has a familiar scent.