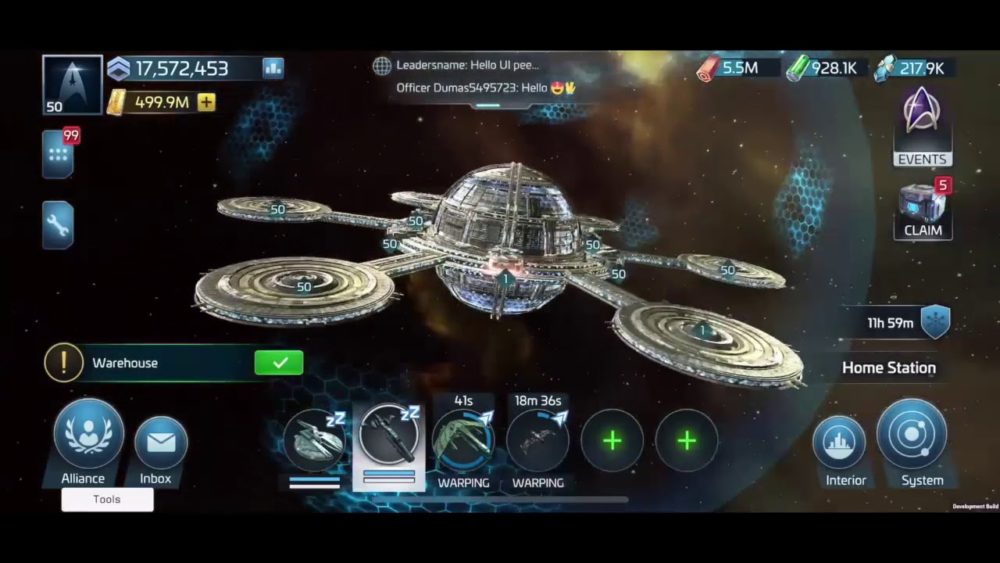 How to Get the North Star in Star Trek Fleet Command

An important part of Star Trek Fleet command is constructing new buildings and bases. Early in the game, you’ll only need to worry about a limited number of different resources, but later, more complex buildings require harder to come by materials, such as 3-star gas, ore, and crystal. Mining can be risky and time-consuming, though, so you’ll want an effective ship for the task. Here’s how to get the North Star.

The North Star is a surveyor that was added to the game fairly recently, and it’s especially good for mining G3 materials at a higher rate. The speed at which it gathers resources is particularly important considering that many other players tend to rely on stealing resources rather than mining it themselves.

The North Star will allow you to harvest resources quickly without getting taken out by other players looking to steal your load.

Unfortunately, actually getting one is no walk in the park. It’s more of an ultramarathon, actually. You’ll need to be prepared to put in a hefty amount of grinding.

You’re going to need to gather a whopping 90 blueprints by completing a variety of missions, some of which aren’t particularly interesting. Typically, you can expect two or three blueprints per mission, so you should be looking at completing around 35 missions to get a North Star.

Specifically, the missions you want to take are from the ’18 Systems,’ such as Lorillia, Kaikara, Freyda, Kitomer, and Krah’Hor. You’ll notice these all have the number 18 next to them. Be sure to go for missions that have a +3 reward, as you’ll usually get blueprints from those. There are normally two of these missions per system.

Before setting out on this venture for a North Star, we recommend your ship is at least level 25.

That’s everything you should need to know about how to get the North Star in Star Trek Fleet Command. For more useful information and guides on the game, be sure to search Twinfinite.