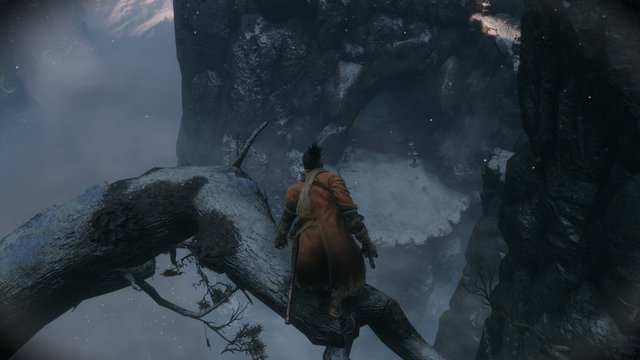 How to Beat the Headless Mini-Boss in Sekiro

There is no doubt that Sekiro is a FromSoftware game, as playing the game for a few hours is enough to make even the most hardcore gamers tap-out due to difficulty. A lot of the frustration can be found in the mini-boss battles spread throughout the game. Here is everything you need to know about how to defeat the Headless mini-boss in Sekiro.

The Headless mini-boss is one such enemy that has been giving players nightmares in Sekiro, as you’ll encounter him early in the game in the Ashina Outskirts. Just because he is available to fight early on doesn’t mean you should, though. Instead, you’ll need plenty of good gear and preparation in order to take him down.

Divine Confetti can be found just before the Underbridge Valley Sculptor’s Idol in the Ashina Outskirts. This item will allow your attacks to hit apparition-type enemies and will dispel the effects of the enemies that do them with multiple attacks.

For Pacifying Agent, simply head to the Abandon Dungeon to farm a handful of those. This item will reduce Terror buildup and increases Terror Resistance, both vital to beating Headless in Sekiro.

Now that you have both items, jump down into the encounter and land as close as you can to the Headless mini-boss to initiate the fight. You’ll be able to get about five quick strikes in before he even starts to attack if you act quick enough.

As the fight progresses, clouds will form around him and terror will be on his blade. Keep hitting him so that Divine Confetti and Pacifying Agent can do their magic.

After the Headless Mini-Boss First Health Bar in Sekiro

Once you deplete the first health bar, step back, heal, cleanse terror, and reapply Divine Confetti. The next fight is pretty straightforward, just be mindful that Headless will spawn behind you whenever he disappears, so be ready.

Upon defeating him, you’ll earn Ako’s Spiritfall. This item is useful, as it buffs your posture and attack power for spirit emblems.

That is everything you need to know about how to defeat the Headless mini-boss in Sekiro. For more helpful tips and tricks, be sure to check out our ever-expanding Sekiro guide wiki.