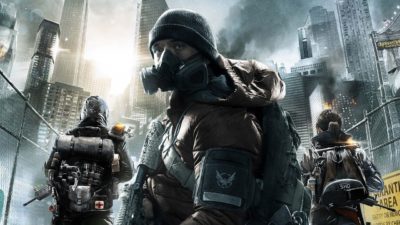 What the Preload & Unlock Times Are for Division 2

The release of Ubisoft’s The Division 2 is just around the corner, seeing the series move to Washington D.C, just months after the events of the first game. So that you can jump in as quickly as possible, here’s everything you need to know about what the preload and unlock times are for The Division 2.

Preload Times for The Division 2

For most people, the Division 2 is available to preload on PC, Xbox One, and PlayStation 4 right now. However, they differ in install size on the three platforms.

According to a post on the Division 2 Reddit, the install size is 89.826 on Sony’s console. Strangely, that is almost double what it is on Xbox One and PC, where it comes in at 42.3GBs and 41.76 GBs respectively.

However, the increased size on the PlayStation 4 may be due to the overall hard drive space you need to install it. The PS Store page for the game also suggests that it’s around the 40GB mark. Be prepared for a shock though when you go to preload it.

Also, it is likely that there will be a day one patch for The Division 2 that will increase the install size somewhat. We’ll be sure to update you here once we know its size though so you can prepare your preload.

As for unlock times, Ubisoft have said that the servers will go live at midnight in whatever region you’re in. However, since the special editions of the game offer three days early access, those players will be the first to get access.

That’s everything you need to know about what the preload and unlock times are for The Division 2. For more tips and tricks on the game, be sure to search for Twinfinite.