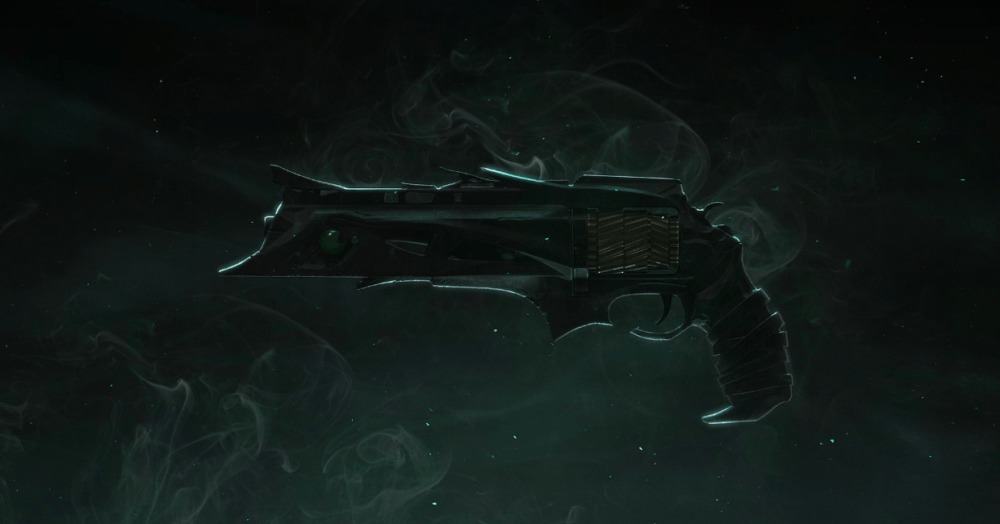 How to Get Thorn, Start the Quest, & Stats

With the Season of the Drifter in Destiny 2, it looks like the fan-favorite Hand Cannon from the original game is making a return as well. Here’s what you need to know about how to get Thorn in Destiny 2. There are a total of seven quest steps involved in your journey to reacquire Thorn in Destiny 2.

How to Start the Thorn Quest

The Thorn quest is actually quite hidden. Some thought that finishing the Allegiance quest line would reward us with the start of the Thorn quest, but it doesn’t, although it does give you some hints about it via the Aunor lore.

Instead, you’re going to want to go the EDZ, spawning in at the Trostlands. Go north, and enter the Salt Mines, a place you likely haven’t been in a while.

Follow along the obvious path until you reach a room with a big blue barrier blocking the path. You can’t cross that, but you can go around it. Look up to the rafters towards the right of the room and you’ll see a different pathway.

Follow that until you enter yet another open room. In that room to your right when you enter, is a trasmat pad with a rocket ship looking construct in front of it use it.

You’ll be taken to an outside area still within the Salt Mines. Follow along the path until you reach another blue barrier. Once again, you can’t cross it. Instead, to the left of it, there’s a ledge, walk along it and you’ll see a very small cave passageway (see below for the ledge we’re talking about).

Go through that passageway and you’ll end up at a camp with a dead guardian laying in it. Near that person is a campfire that you can interact with. Do so, and you’ll find the smoldering remains of the Thorn which will add the exotic pursuit to your inventory.

Thorn in Destiny 2, right off the bat, might be one of the most powerful weapons in the Crucible. It’s extremely powerful just based on stats alone, and its exotic perk also places a damage over time poison effect on enemies when you hit them.

It also has a brand new additional perk called Soul Devourer. When you kill an enemy, it drops a remnant on the ground that if you retrieve, will strengthen your poison effect and partially refill your magazine.

Besides that, Thorn is a well balanced Hand Cannon with high Impact, and moderately high Stability and Handling. Its weaknesses are its range and reload speed, but those are offset partially by the hand cannon’s exotic perks.

1. A Melted Hunk of Metal

Despite the burn damage, you recognize this weapon as a Thorn, a legendary weapon capable of severing Guardians from the Light. The Shadows of Yor, followers of an infamous Guardian-killer, are well-known for carrying Thorns. This one is broken, but you think it may be possible to fix it. A reputable (and discreet) gunsmith would know where to start.

Bring the ruined Thorn to Banshee-44 in the Tower.

Banshee has recommended a number of rare components that you should be able to use to restore your ruined Thorn to working order. First on the list is Hadronic Essence, a dense lattice of exotic baryons and mesons, once commonly favored as an infusion in Warlock fieldweave.

Next on the list of required components is Plasteel Plating, a durable hybrid plastic favored by Titans for its balance of strength and workability. Plasteel is not commonly available for artisan use these days: the Red War wiped out the DIY supply chain within the City.

Last on the list of Guardian-grade components is Sapphire Wire, another hard-to-come-by item formerly favored by Hunters because of its versatility. Sapphire Wire, like Plasteel Plating, was another casualty of the Red War… but you feel confident that you can scrounge some up.

Your project is going well. The gun is now mechanically sound, but it is simply a gun: it has no intrinsic power of its own. You’ll need to reconnect it to the Light somehow, and the vast dark secrets of the Void seem like the most promising route. Defeat Guardians in the Crucible using Void energy or Hand Cannons. Precision streaks using Void Hand Cannons grant the most efficient progress. Note that progress is multiplied in the Iron Banner or in Competitive Crucible matches.

Your Thorn hums with the hungry indifference of the Void, but it lacks something essential. You know the original Thorn was intimately connected to the Hive, though you don’t know exactly how. Wandering around the Tower to ask your mentors about the provenance of a banned weapon strikes you as a bad idea, but— There are quieter places to ask questions. Places off the beaten path, where knowledgeable Cryptarchs have settled down to do their work in peace and quiet…

Pay a visit to Tyra Karn at the Farm. The Farm is accessible via the EDZ Director.

7. The Chasm of Screams

While you were speaking to Tyra, she mentioned something called the Hated Path, a sort of primer to transform an ordinary Hand Cannon into a Thorn. Bathe your Light in horrors. Feed your weapon with death. Bind it with sickness. Horrors, death, sickness… that all sounds like the Hive nests on Titan to you.

As mentioned previously, Thorn’s Exotic quest isn’t available in Destiny 2 right now, but we’ll be updating this article with exact steps on how to get started on it once it goes live next week. That’s all you need to know about how to get the Thorn Exotic Hand Cannon in Destiny 2. Be sure to search for Twinfinite for more tips and information on Season of the Drifter.