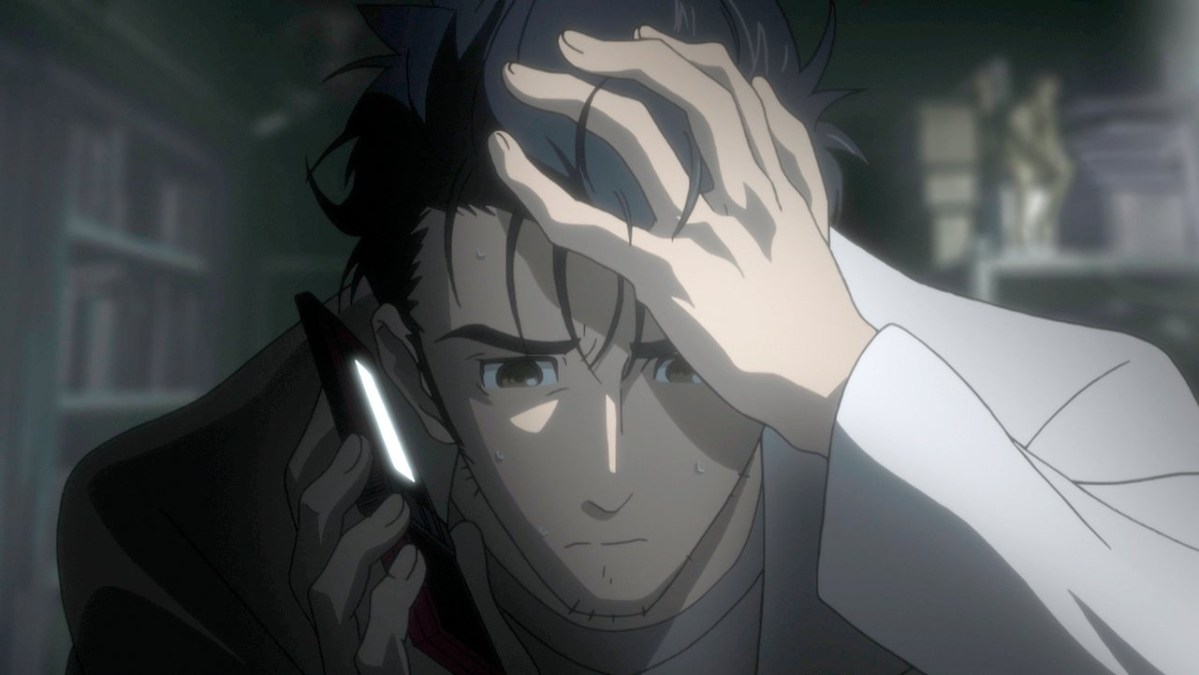 Time travel is always going to be a tricky subject for telling a coherent narrative, as paradoxes, alternate timelines, and the general science behind it tends to lead to a lot of confusion and inaccuracies. While Steins;Gate Elite certainly isn’t exempt from being confusing, its overall execution not only prevents plot holes but also creates an alluring story.

That story follows Okabe Rintaro, a self-proclaimed Mad Scientist hell-bent on inventing futuristic gadgets to further his standing in the scientific community and defeat the looming threat he calls The Organization. In reality, he is just a goofy conspiracy theorist that frequents online message boards and refers to himself as Kyouma Hououin. 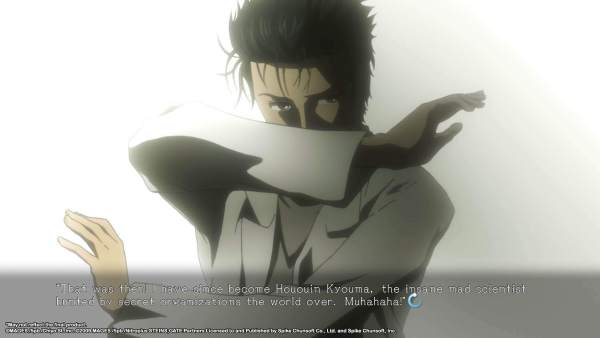 For the first few hours of the game, Steins;Gate Elite’s entire focus surrounds Rintaro’s machination. We meet his friends, see his usual routine, and intimately get to know his personality thanks to the inner monologue aspect that comes along with this being a visual novel.

His quirks are certainly odd at first, as he pretends to have fake conversations with people on the phone, makes up code names for his Lab Members, and just says and does a lot of generally abnormal things. While this is endearing enough on its own, it’s his interactions with the supporting cast that makes for hilarious conversations and situations.

From the pervy “Super Hacka” Itaru “Daru” Hashida to the eccentric moe maid Faris NyanNyan, characters are rife with unique personalities you can help but enjoy. More than anything though, establishing these personas and intricacies only make the stories turn that much more impactful.

When Rintaro and his fellow Future Gadget Laboratory members accidentally discover a way to travel into the past, things begin to ramp up considerably. What starts out as a goofy romp turns into a sinister mystery, one that you control.

Using an email system, you have the ability to alter past events in Steins;Gate Elite that can result in various different possible endings. While the decisions are minor at first, they eventually become game-altering decisions, forcing the group to choose whether to send a text into the past or not.

These impactful choices are comparative to one of the only other visual novel I’ve ever played and thoroughly enjoyed: Doki Doki Literature Club. A lot of that comes from the fact that both game’s premises set up an initial tone that was purposefully misleading, letting players get comfortable with what they think they know about how things will go down.

As a result of this, the eventual shift in each story is all the more satisfying when it does occur, especially given the slow build up. Minor events from the beginning of the game also become less confusing as the story goes on as well, as the effects of time travel make more sense with the hindsight of later scenes. 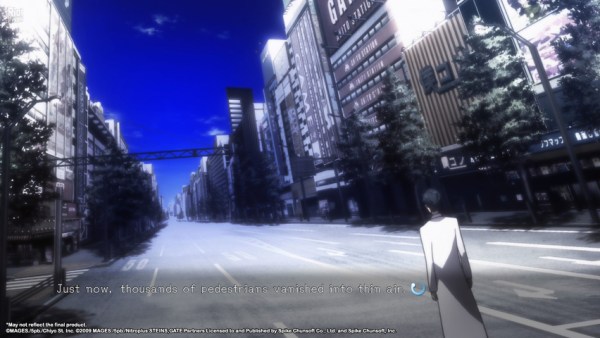 The payoff does serve as a double-edged sword of sorts though, as the science-heavy, purposely unstructured early hours of Elite does come off as needlessly convoluted. Couple that in with the fact that the only break from science usually centers around otaku culture and internet memes and it wouldn’t be surprising to find many write off the game’s story pretty quickly.

Steins;Gate Elite kind of solves that issue too though, thanks in part to its tips and options. Alongside a detailed glossary – explaining anything from Eroge to Quantum Teleportation – players can increase the text speed and size and even put the game on auto-play or skip mode to fast forward to the meat of the plot.

Another important thing to note about Elite’s accessibility comes down to its presentation. Unlike most visual novels, this title features fully-animated cutscenes.

Thanks to full animation, scenes flow seamlessly, playing out less like gifs and more like an actual anime. This isn’t entirely shocking, as it takes actual sections from the anime of the same name, but it does serve as a vast visual improvement from its 2009 predecessor.

The animation also provides a much easier barrier to entry for newer gamers. Casual players will now be much more likely to try and enjoy Steins;Gate Elite thanks to the straightforward animation.

Whether it’s your first time playing a game in the genre or not, Steins;Gate Elite is definitely one of the best visual novels available today. Just keep in mind that, while it may have taken a bit for the Phonewave (name subject to change) to heat the story up, the payoff is worth the wait.