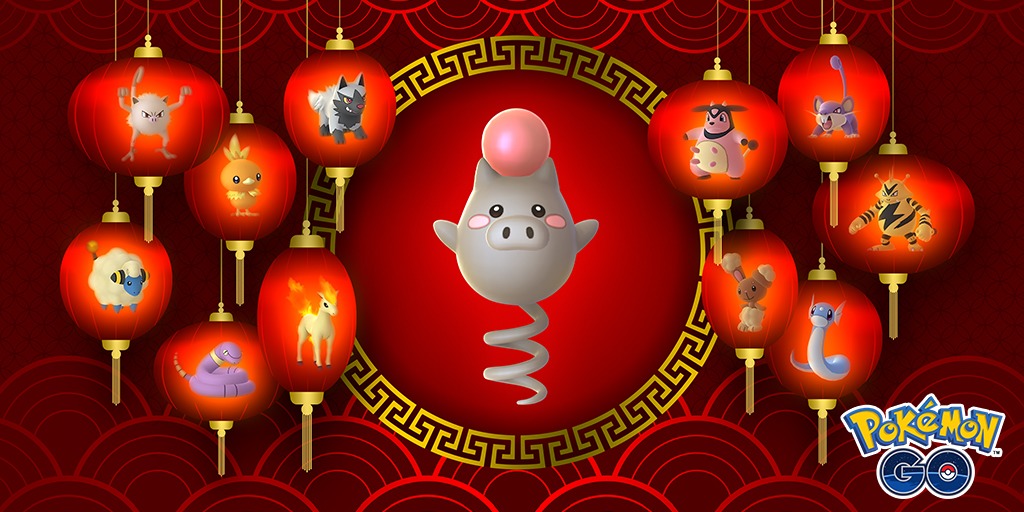 Pokemon GO has just started its Year of the Pig Lunar New Year Event. The event brings with it some XP and trade bonuses and will cause a handful of Pokemon to appear more often.

For the Year of the Pig event, Niantic has selected 12 Pokemon that will show up more frequently for trainers in the wild. These Pokemon are Rattata, Ekans, Mankey, Ponyta, Electabuzz, Dratini, Mareep, Miltank, Torchic, Poochyena, Spoink, and Buneary.

The developer has also stated that lucky players can come across a Shiny Spoink. A Shiny Spoink can be identified by its grey pearl and an overall tan color compared to the pink pearl and grey color of the standard version.

As for the bonuses, all XP gained from catching and evolving Pokemon has been doubled for the duration of the event. There is also an increased chance for trades to produce Lucky Pokemon.

This last bonus is particularly exciting because the Stardust needed to power up a Lucky Pokemon is less than a normal one. These versions will also have a shimmer effect behind them and green text under their name stating that they are lucky.

These bonuses and increased appearance rates should give trainers plenty of reasons to jump into the game. Especially when you also consider the sizable update Niantic dropped last week.

Make sure you check out our Pokemon GO Wiki for any guides you might need. Some of our more recent guides include How to Use New Attacks & What They Do, How to Train, and How to Battle Your Leader. Pokemon GO is available for free on most mobile platforms.