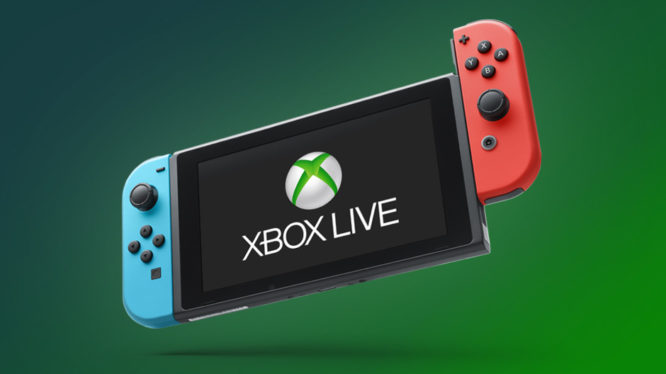 Nintendo makes great games. They also make exciting hardware on which to play them, consistently reinventing the wheel in an effort to engage the core and casual gaming audiences over the years.

Even when they’ve misfired, these are two pillars of their business that the company has generally remained committed to and found success with in some way.

But designing and building a solid online service is certainly not Nintendo’s forte. Where their hardware has often pushed the boundaries of innovation in clever new directions, Nintendo’s online efforts have represented the antithesis of cutting-edge technology: inconvenient, cumbersome, and far from intuitive.

The Nintendo Switch highlights this juxtaposition vividly. The console’s brilliant hybrid design and the exceptional library of games have made it a must-own piece of hardware, but the online feature is typically antiquated.

Nintendo Online took months to arrive after several delays, and when it finally did it was missing key features and lacked the accessibility of rival services.

But a new initiative from Microsoft might make all this null and void. At GDC 2019, the company announced that it plans to extend Xbox Live functionality to games across mobile and Nintendo platforms.

While the former was perhaps a matter of course given what a huge slice of the market it’s forecasted to become moving forward, the prospect of players logging into Microsoft accounts on their Nintendo Switch is a bit more of a surprise.

What’s more, we’re not just talking about Microsoft-published games here. The idea is to allow developers to integrate Xbox Live features into any game, regardless of the platform. That essentially means we could conceivably be earning Xbox Live Achievements playing Splatoon 3 in the future.

Whether we actually ever see first-party Nintendo games leaning on Xbox Live functionality, I’m not sure, but the potential is there.

I’ve already mentioned achievements, which is one feature that Nintendo has been sorely –and bizarrely– lacking for years, but there’s also the voice chat and messaging options.

Again, they work poorly on Nintendo Online, requiring the use of a mobile phone app to organize and chat with players. Few will miss having to jump through the extra hoop to enjoy such a basic feature.

Better yet, consider that Xbox Live would make the torturous and old-fashioned process of using Nintendo Online’s friend-adding codes a thing of the past.

There’s also the stability of Microsoft’s online infrastructure to consider, an enormous network that the company has invested huge amounts of money into over the years. Presumably, that’s a huge part of the appeal for Nintendo and why the partnership has come to fruition.

They’ve wisely considered that spending money and committing R&D to create an online service that is going to end up more or less the same as those found on rival platforms doesn’t make as much sense. Just let Xbox Live run on the console…

But I think Nintendo should actually embrace this opportunity more wholeheartedly than simply allowing the option to exist.

Xbox Live offers a far more secure, reliable, and better supported online service to accommodate multiplayer Nintendo games than Nintendo themselves could ever provide. And we’ve already mentioned the boon of its achievement, chat, and friend features for players.

So why not just lean on Xbox Live completely moving forward? Build the functionality into first-party games, use the network to the benefit of those games, not just the third-party and indie games that it’s probably aimed at in this early stage.

Of course, Nintendo won’t want to say goodbye to the additional revenue stream their own service already provides, but perhaps there’s a workaround by only offering Xbox Live to paying Nintendo Online members? That way both companies win.

Ultimately, Nintendo completely endorsing Xbox Live would allow them to focus on what they do best: making games. Rather than trying to compete in a sector they have a poor track record in and fewer resources to throw at, let another giant handle this one component holding the Nintendo Switch back.

As the publishers fight for users across a growing number of different streaming and subscription services, Nintendo perhaps considers that it’s better to ally themselves with key players rather than trying to fight alone. If that’s the plan, though, I want to see them take full advantage of the opportunity, for the good of the players and business.