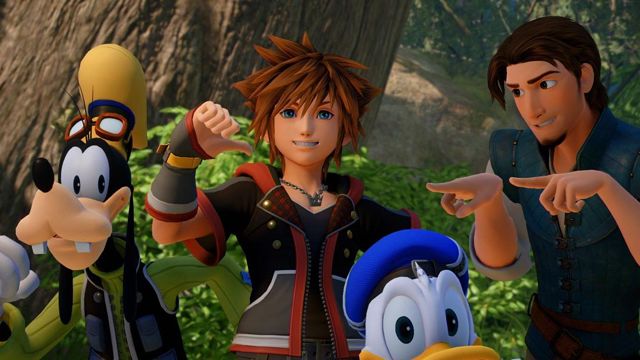 Today, the NPD Group released sales data for the video game industry for the month of Jan 2019. Mat Piscatella of the NPD Group posted the results on his Twitter account, as he does every single month.

US NPD SW – The top 20 best-sellers for January 2019 pic.twitter.com/YkdnzMQtDn

As you can see from the best-selling list for video games in the month of January, the long-awaited end to the Xehanort Saga –Kingdom Hearts 3– takes the cake for the best-selling video game, with Capcom’s Resident Evil 2 trailing behind at the number two spot and the Wii U port, New Super Mario Bros. U Deluxe taking the third.

Mat Piscatella also noted some key sales figures for last month, stating that the launch of Kingdom Hearts 3 set a new launch month franchise sales record, with the dollar sales being 2.5x that of the previous franchise best, which was Kingdom Hearts 2 back in March of 2006.

Even though it was a port of a Wii U game, New Super Mario Bros. U Deluxe saw a 30% increase in launch sales on the Switch compared to its Wii U release back in 2012. And speaking on the Switch, it also topped the charts, with the hybrid console being the best-selling hardware platform of Jan 2019 in both dollar and unit sales.

If you want to see data for the month of December and 2018 as a whole, make sure to look at our article to see what came out on top. Hint: Super Smash Bros. Ultimate and the Nintendo Switch reign supreme, to no one’s surprise.

You can also watch the video below, which shows Mat Piscatella’s Market Highlights for the past month: