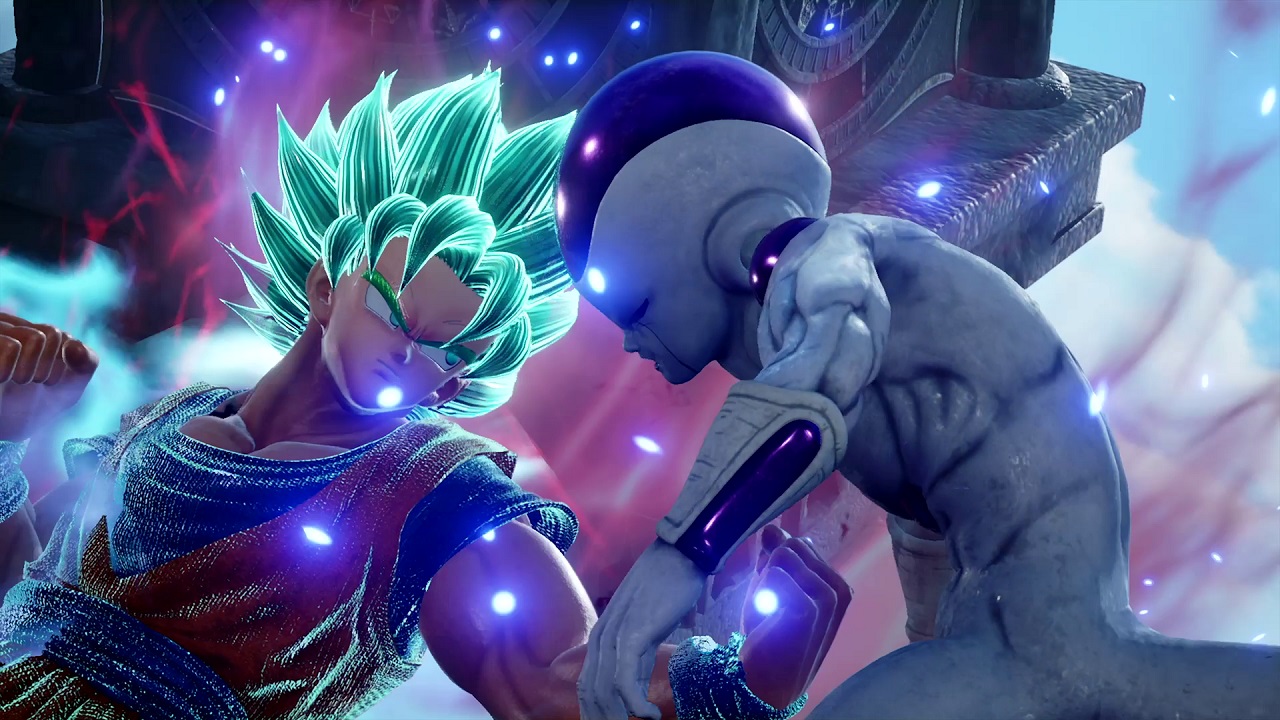 How to Do Stage Transitions (Area Change) in Jump Force

Jump Force’s battles make you feel like you’re playing a scene from an anime, with tons of over-the-top actions and dazzling special attacks. Of course, like any good fighting game you can also punch your opponent so hard they fly to a brand new area, good stuff. Here’s how to do stage transitions (Area Change) in Jump Force.

Stage transitions, known as Area Change in-game, will let you cause a bit of extra damage to your opponent as you knock them through buildings, mountains, or whatever else Dragon Ball Z style.

In order to do an area change, you need to first build you Awakening gauge to at least 50 percent. This gauge builds automatically as you fight, whenever you deal damage or take damage. Keep in mind, however, that the gauge only builds a little bit when you deal damage and builds much more when you’re taking damage.

Keep in mind if you activate your Awakening in Jump Force by pressing R3, the gauge will drain dropping it below 50 percent, and stopping you from doing a stage transition area change.

At this point, with a 50 percent or more gauge, you’ll need to perform a full power Heavy Smash or Smash attack. This means holding down triangle (Y) or square (X) all the way, until your character executes a fully charged blow.

It might take a little bit of practice to get down how stage transitions work, but keep on trying and you’ll get it to happen eventually.

That’s everything you need to know about how to do stage transitions (Area Change) in Jump Force. If there’s anything else you need help with make sure to search Twinfinite, or take a look at our growing Jump Force guide wiki.

We have plenty of other helpful guides to help polish your skills, like how to use super attacks and how to teleport dodge.