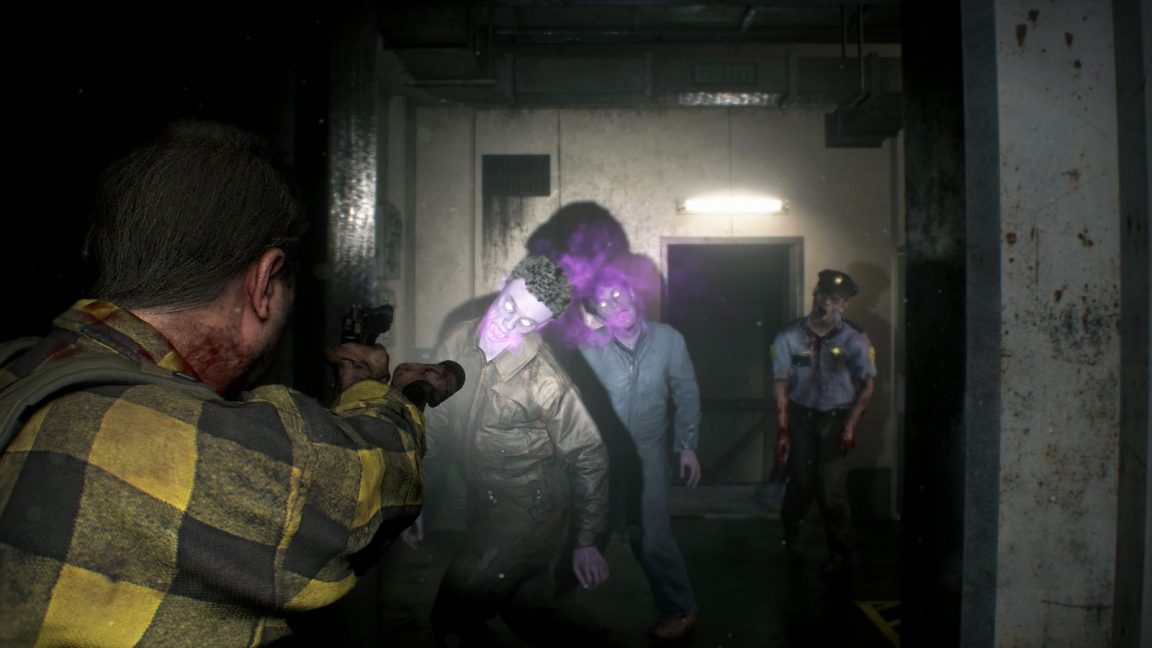 With how insanely good the Resident Evil 2 remake turned out to be, it was no surprise that series fans would get excited over the announcement and quick release of a brand new DLC pack: Ghost Survivors. It’s completely free, no less.

However, contrary to how Capcom had been marketing Ghost Survivors, the new modes aren’t all that compelling, and instead, feel a little underwhelming.

Now, far be it from me to turn my nose up at free DLC, but if it’s additional content meant to enrich the already wonderful Resident Evil 2 remake, then it deserves to be critiqued as well.

Prior to its release, Ghost Survivors was marketed as a highly replayable mode with cool randomized elements. In addition to that, it was also meant to be a series of “what if” scenarios that dealt with a few different characters and what would’ve happened if they had escaped their fates in Raccoon City.

This alone suggests that Ghost Survivors was going to pack in some story content, no matter how light it was. However, as it turned out, Ghost Survivors is actually just a remixed version of the 4th Survivor and Tofu Survivor modes we’ve already gotten to play in the base game.

There are a few new additions Capcom has included that help to keep the game fresh. For instance, there are now backpack zombies that can provide you with extra supplies, along with vending machines that allow you to choose one out of three items to take with you on your journey.

Other than that, it’s your typical Survivor mode. Your task is to make it out of Raccoon City with whatever items you have on you. The story elements are extremely minimal, with short slideshows and descriptions at the start and end of each scenario.

There are also a couple of new zombie types to help keep you on your toes, but to be completely frank, if you’re not into the speedrun style of these modes, Ghost Survivors can feel a little disappointing.

It’s a shame, as even the new playable characters in Ghost Survivors (Kendo, Katherine, and the soldier) don’t even have any unique voice lines or any sort of distinctive features to set them apart from each other, or even Leon and Claire.

It honestly just feels like a reskin of existing modes, but with different routes and less interesting characters. Even the different tofu characters had different voice lines.

This could’ve been a prime opportunity for Capcom to establish some canon lore points for Resident Evil 2, but the developers didn’t do so.

Katherine Warren, for instance, was one of the more intriguing characters from the original game. The remake, or even the Ghost Survivors DLC, could’ve been a good time to flesh her out even further and perhaps give fans some insight as to how she’d gotten caught by Irons. But nothing.

For players who love the speedrun elements of Resident Evil 2, and enjoy putting themselves through challenge runs, Ghost Survivors will likely keep you entertained for a good while as you get used to the RNG elements and try to set record times. But for more casual players, Ghost Survivors adds very little to the base game overall.

Again, free DLC is nice, and I’ll take all the Resident Evil 2 content I can get. But if I got the chance to give Capcom money for producing more substantial DLC packs like a proper Mercenaries or Raid mode, a mini-campaign with Ada, or just anything with more substance, I’d gladly fork over the cash instead.