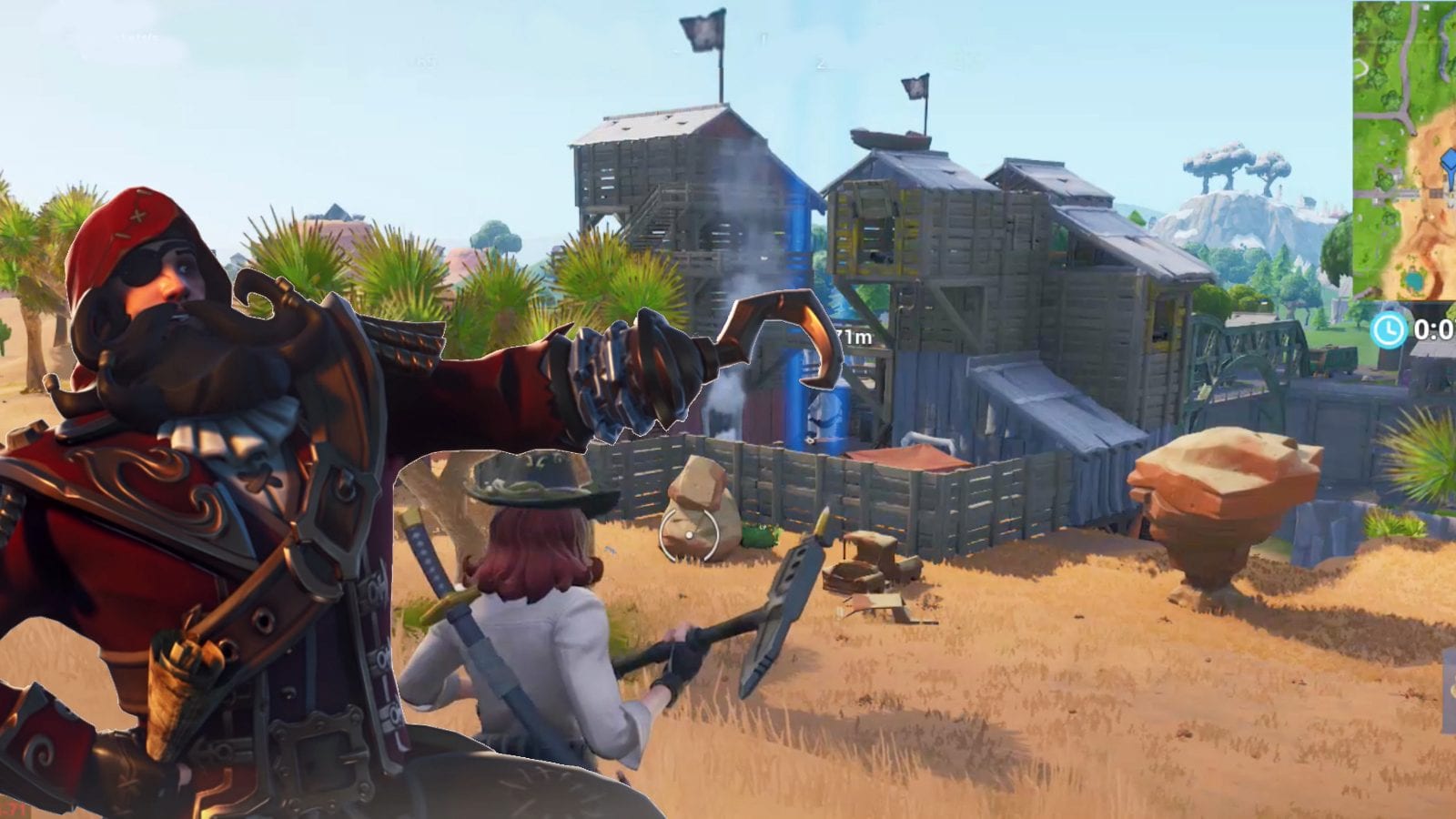 Where to Find Pirate Cannon Locations in Fortnite Season 8

Season 8 swaps the icey cold for a more tropical Pirate theme, adding new features and challenges for players to interact with and complete. That includes giant cannons that can be used to launch teammates across the map or used conventionally as giant stationary gun platforms to shoot enemies with. Here’s where to find the pirate cannon locations in Fortnite Season 8.

The cannons in Fortnite Season 8 have been spread pretty generously –and randomly– throughout the map, but there are a few key locations that feature a concentration of them. In brief, you’ll want to head to pirate camps for the best chance of finding a cannon quickly.

As a general rule of thumb, Pirate Camps will be in or next to large wooden structures and surrounded by pirate-looking stuff.

For a more detailed breakdown, head over to our detailed walkthrough of where all the Pirate Camp Locations are. You can also read more about the pirate cannons and how to use them in our post about everything you need to know.

That’s all the information you should need about where to find the pirate cannon locations in Fortnite Season 8. For more useful guides, tips, and tricks on the game, be sure to head over our wiki page.