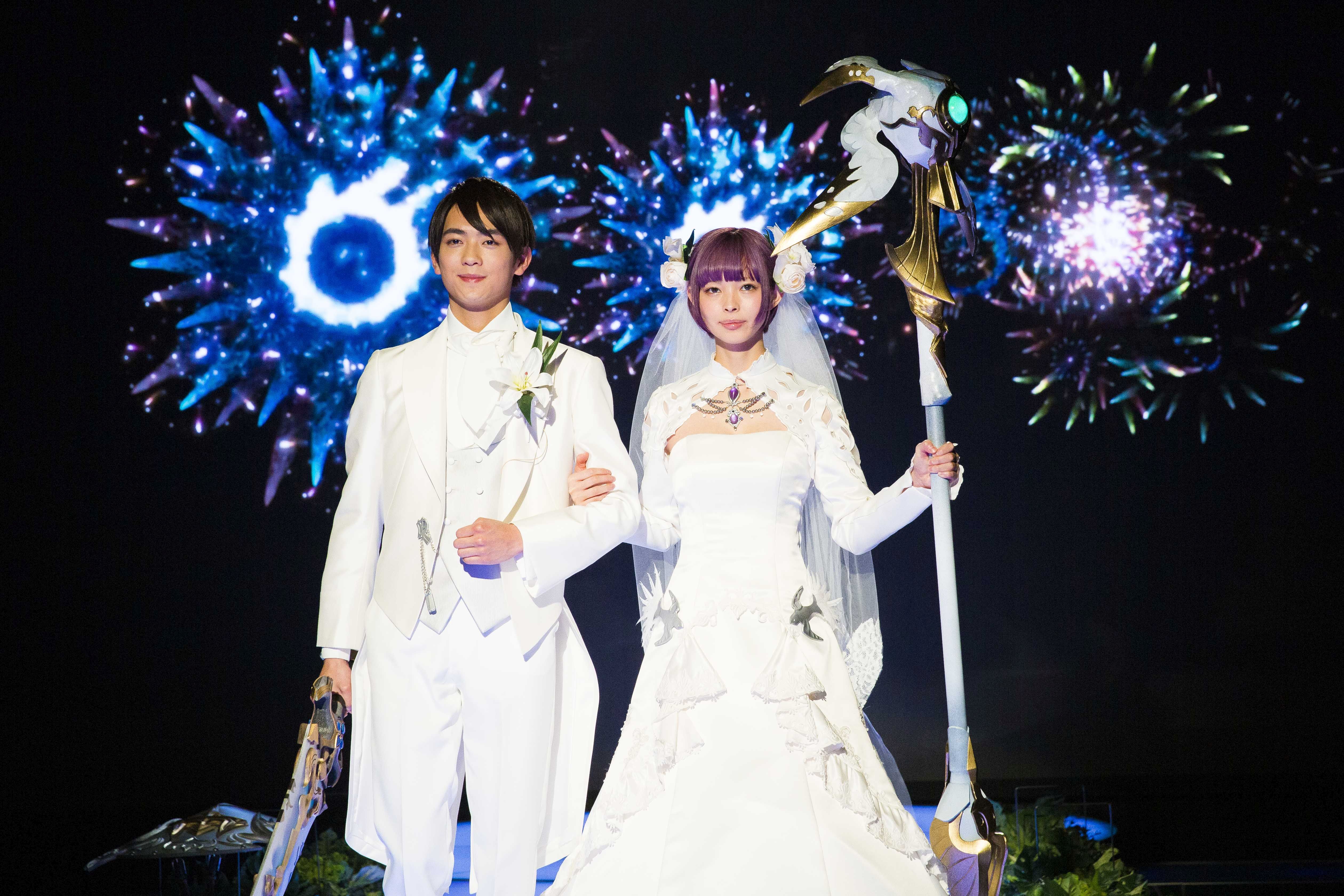 It isn’t a mystery that MMORPGs often play the role of matchmakers, with many relationships between players moving into something quite a lot more “real” in the physical world. Final Fantasy XIV is not an exception.

We reported a while ago about the announcement of the creation of a Final Fantasy XIV real-life wedding service about to open in Kobe, Japan. On Valentine’s Day Square Enix hosted a test ceremony for the Japanese press, and was so kind to provide us with plenty of pictures and new information on the service, which will open reservations within the next few weeks.

Here are a few facts for your perusal.

That’s not exactly cheap, but this is supposed to be the most important day of your life, and likely the geekiest, so it might very well be worth it.

You can check out quite a few images below, with producer and director Naoki Yoshida himself playing the role of the father of the bride, former Dempagumi.inc member Moga Mogami.

If you want to know more about Final Fantasy XIV and its upcoming expansion Shadowbringers, you can check out the official trailer and Gunbreaker job, and the reveal of the new areas, Viera race, YorHa raid, and more, some official screenshots and art pieces released after the keynote, and some fantastic new artwork.