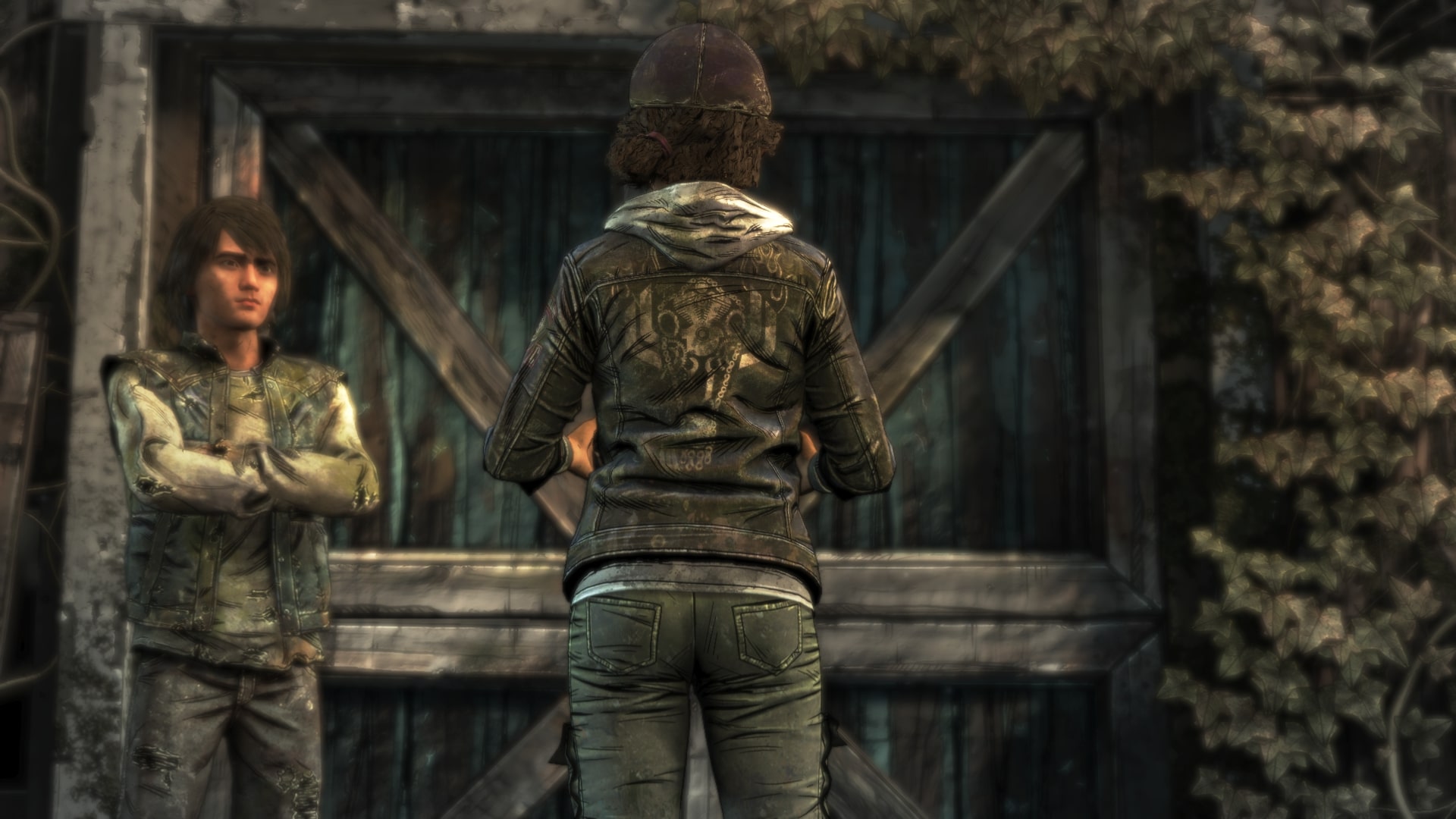 Following the sad news that Telltale Games would be shutting its doors for good last year, Skybound Games came to the rescue, promising to deliver the final two episodes of Clementine’s story in The Walking Dead: The Final Season.

I’m so damn glad they did, because if they hadn’t, we’d never have got some of the heartfelt, quiet moments that episode three, titled ‘Broken Toys’ delivers.

Spoiler Warning: We’re going to be getting into deep spoiler territory in this post for obvious reasons, so if you want to enjoy this episode spoiler-free, turn back now and return later!

For the most part, Broken Toys focuses on Clem and the rest of the Ericson’s Boarding School kids preparing to go after their friends who were taken by raiders in the siege at the end of episode two. They interrogate their hostage, uncovering the location of the raiders, before going to scope it out and put a rescue plan together.

This is all very much your standard Telltale Games affair. A few conversational choices, a smattering of QTEs here and there as we come across stray walkers, but then, slap bang in the middle of the episode, we’re hit with a triple threat of powerful scenes that kind of remind you just how dire the fortunes of these kids really are.

Prior to departing on their rescue mission, Clem, Violet, AJ, Tenn, Willy, and Ruby have a little party to life their spirits. Ruby does her best to bring a bit of excitement and fun to the festivities, with AJ’s “Surprise Dummies” banner sprawled above them, but it doesn’t exactly go as planned.

Her ‘game’ is to go through the personnel files of the students Clem knows, reading out general descriptions of why they were sent to Ericson’s Boarding School, and why they never left. Beginning with a description of a student who “verbally assaulted others and was incredibly aggressive to staff,” we eventually find out it was in fact, Ruby.

It’s a jarring moment, considering Ruby always seems like the student who’s most out of place here. The ‘bad kid’ streak is pretty prevalent in the likes of Violet, Marlon, and even Willy to an extent, but not Ruby. She’s the mild-mannered mother figure of the group now, not the explosive troublemaker.

That’s when Violet pipes up to finally share her story of why she ended up in Ericson. And honestly, it’s kinda messed up.

She essentially retells the story of how her grandma committed suicide in front of her following her grandfather’s death while they watched cartoons together and her mother was working.

Violet sits with the corpse for five hours, and when asked by her mother why she didn’t call the police, she replies because “it’s not like grandma was going anywhere, and I wanted to finish my cartoons.”

It’s a bit of a staunch reminder that first looks and assumptions can often be completely incorrect. Violet hadn’t really done anything wrong. She was only 11 at the time. She hadn’t pulled the trigger. She was probably incredibly traumatized, and yet, she was sent to Ericson’s Boarding School all the same.

The kids talk about how they were left and more or less betrayed by those who were responsible for taking care of them. Left to be consumed by the walkers due to their less-than-perfect stature within the world.

An undeserved fate if the rest of the kids’ stories are similar to that of Violet, though there’s nothing to see that all or any of them are.

After Violet’s tragic story sends the party into a more depressing spiral, the kids reflect on a song that Sophie – one of the former students that was taken by the raiders – used to sing. Though Louis wasn’t there to play the tune and Sophie wasn’t there to sing, Violet fills the gap and takes center stage.

What follows is a charming song about not being afraid in the darkest times, no matter what happens. It’s a somber but empowering moment for the kids. One that reminds them of the bad times they’ve been through and those that they’ve lost, while simultaneously reminding them what they’re fighting for.

These poignant moments add depth to the Ericson kids that hadn’t really been scratched all that much in the opening two episodes, and it’s a relief that they weren’t left as mere avatars devoid of emotion and a past that Clem simply used to further her own regime.

And suddenly we transition into a dream of Clem’s, as her younger self talks to Lee about how she’s unsure of what she’s doing, whether she should even be leading these people, and what the right moves are for the benefit of the entire group. She laments over every decision when she has so many people depending on her.

It’s a reminder that even though Clem has grown up since she was with Lee, she’s still really just a child herself. She didn’t get to live the typical teenage lifestyle – though that dance with Violet was certainly straight outta prom – and was forced to simply become an adult and adapt to her environment. A trait that is certainly prominent in AJ, too.

Throughout Broken Toys, we see AJ doing all kinds of child-like things. He tells Clem that Tenn is his ‘first real friend,’ and the two have a little joke over why Clem isn’t his first and that it’s because she’s too old and so on. We see him making a ‘decoration’ which is just a picture of them all succeeding on their rescue mission.

Hell, we even see him bopping away to music with a childlike ignorance of what’s going on around him. But each time it doesn’t take long for the switch to flip back to ‘slightly psychotic five-year-old.’ Something I already talked about following the last episode, too.

He seems to take pleasure in watching Clem put a knife through the side of Abel’s head. He talks Clem through the three rules as she enters the barn full of Walkers to ring the wind chime as James asks her to. He and Clem talk about what should happen if he should get bit, before he storms out and goes on patrol.

And then he comes back with a beach ball and plays with it, laughing away to himself with that same childlike innocence he bops to the music with.

This notion of AJ being very much on the edge of permanent emotional trauma comes to a head in the episode’s final decision. It’s a heart-in-mouth moment as you make your choice, and all of the events leading up to that climactic point on the boat are pretty damn exciting.

But it was these quieter moments that truly dug into the characters that were by far the most poignant and powerful, and only helped to accentuate the gravitas of the final decision of the episode.

It may be a dog-eat-dog world, but these are just still kids, and there’s some stuff that even in a zombie apocalypse, they really still shouldn’t have to go through.