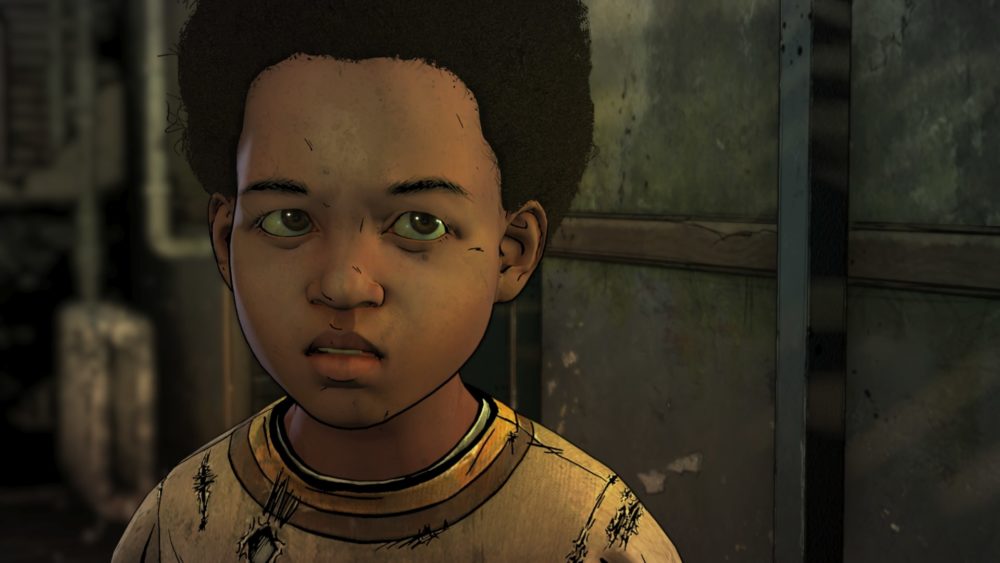 In a series literally called ‘The Walking Dead,’ you’d think the scariest things are going to be, well, the walking undead trying to eat your brains. Or perhaps the groups of Raiders that go about lawlessly taking what they want from other groups of survivors, or killing anyone who gets in their way. In Telltale’s The Walking Dead: The Final Season, though, the scariest thing you’ll come across isn’t any of that. It’s actually much closer to home in the form of the occasionally adorable, other times terrifying youngster, AJ. And it’s arguably one of the smartest moves Telltale has made with its narrative going into the closing stages of Clem’s adventure.

This post is going to talk about The Walking Dead: The Final Season as a whole thus far, meaning there will be some spoilers for some of the events of episode 2. If you’ve yet to play the episode, head off, get it played, and return back for some conversation in the comments below. We’d love to hear what you think!

In the opening episode of The Walking Dead’s Final Season, things were left in a state of chaos. AJ and Clem had almost been successfully ambushed by walkers while scavenging, only to be saved by a group of kids camping out at their former school. All was well, until Clem uncovered leader Marlon’s secrets, was locked in a basement with a turned student by Marlon, and then had a gun pointed at her when she escaped and called him out in front of the rest of the group. After a lot of shouting and bubbling emotions, Marlon eventually accepts his past mistakes, and everything starts to calm down. Then AJ bounces out and pops him through the back of the head with a pistol… okay then!

That’s the first instance that AJ really left me scratching my head, and a little uncomfortable, too. Prior to the aforementioned ambush, I’d decided to get Clem to tell AJ to always aim for the head when using a gun. He’d done exactly that when it came to Marlon. He’d done as he was told. And so doming Marlon at the ripe old age of five or six years old becomes a tiny bit more forgivable. I guess.

And then we’re dropped into episode two, and this is where Telltale really ups the ante when it comes to Alvin Jr’s rather dark outlook with mortality and death. Though seemingly showing some essence of remorse for his actions towards the start of the episode, it’s clear that Alvin Jr’s desensitized to violence. I mean, first and foremost, what kind of five-year-old pops someone in the head and wouldn’t be mentally scarred for life? But there are subtle comments and rebukes to Clementine throughout episode two that play into this idea.

Just before bed, Clem gives AJ the ol’ “Don’t let the Walkers bite, and if they do…” line, only for AJ to reply “BANG” mimicking a gunshot. This is a kid that literally just got told off for shooting someone in the head the day before. It gets a whole lot darker too, with Clem waking up in the middle of the night to find AJ crouched on top of a dresser wielding a knife staring out the window. And then to top it off, when talking about the inevitable raider attack on the school courtesy of Abel and his posse, the youngster calls “dibs” on him, just so he can get revenge on Abel for having wounded him with a gunshot earlier in the episode.

It’s certainly not the words or actions of a typical five-year-old, but that’s what makes this dark side of AJ so interesting. He’s not a typical five-year-old. He’s been born into the “Age of the Walkers” to quote Tenn from episode two, and he’s not known any different. Throughout the season thus far, AJ has slipped into the role of Clem’s protector, having even drawn her a picture of him wielding a gun with a pile of bodies in front of him. It’s kinda cute… kinda dark!

He’s a stark contrast to the way Clem was when she was a kid, and in that sense, it feels as though Telltale Games is trying to take us full-circle with this Final Season. Except this time, the kid doesn’t just listen to you and hang on every word of their guardian like Clem did with Lee. AJ is the parallel of young Clementine – a volatile and unpredictable test of Clementine’s parenting skills.

AJ may be a good kid who means well, but his surroundings have warped him from the ‘normal kid’ we’re used to dealing with and experienced with Lee and Clem. His outlook is shifted, but he still loves and respects Clementine, to an extent. Though Abel, Lilly, and the rest of the Raiders are a worrisome threat for the Ericson kids to deal with, I can’t help but shake the feeling that the real danger is far closer to home.