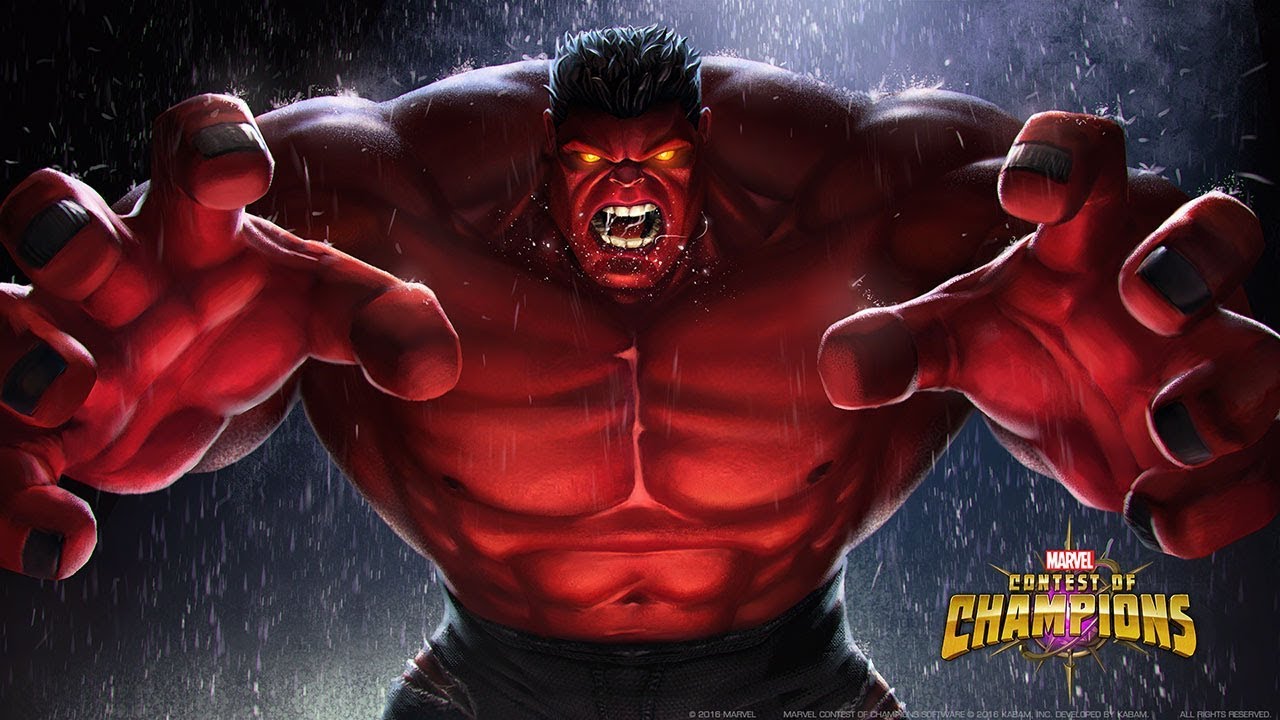 How to Beat Red Hulk in Marvel Contest of Champions (MCOC)

Marvel Contest of Champions has just gotten a new event quest, This Man… This Monster. Here, you’ll have to face a slew of powerful enemies, including the Hulk. If you’re having trouble, here’s how to beat the Red Hulk in MCOC.

Participating in event quests is a great way to earn more materials and useful rewards for your heroes in Marvel Contest of Champions. One particular quest in MCOC has you facing off against Red Hulk and the Thing, among other enemies.

The Red Hulk is a formidable foe that boasts both great defense and offense, with 128,400 health and 9,167 attack power. He also has a few annoying quirks, such as unblockable attacks once you chip his health away to a certain point.

If you’re looking for a good (albeit cheap) strategy to take down the Red Hulk in MCOC, make sure to bring along a MODOK in your team. It doesn’t really matter which star you bring, although you’re better off bringing a five star.

Once the battle begins, what you’ll want to do is basically avoid the Red Hulk at all costs. Make sure to keep dodging while not landing any direct hits on your opponent to avoid countering his aggression regeneration buff in Marvel Contest of Champions.

Once the enemy’s regeneration ability stacks to about 70 percent or more, you’ll then want to hit him with MODOK’s first special attack, SILENCE! once it reaches around 70 percent as well. If you manage to launch your attack, regardless whether it hits or not, you’ll be able to take out Red Hulk in one blow in MCOC.

That’s pretty much the easiest way to beat Red Hulk in Marvel Contest of Champions. For more tips and tricks, make sure to search for Twinfinite. You can take a look at Seatin Man of Legends‘ video below for another look at how to beat him in MCOC.

Question: How do you beat Red Hulk in MCOC?

Answer: We recommend bringing a five star MODOK to the fight to make things easier, and just focus on dodging all his attacks, only getting in damage when it’s safe to do so.