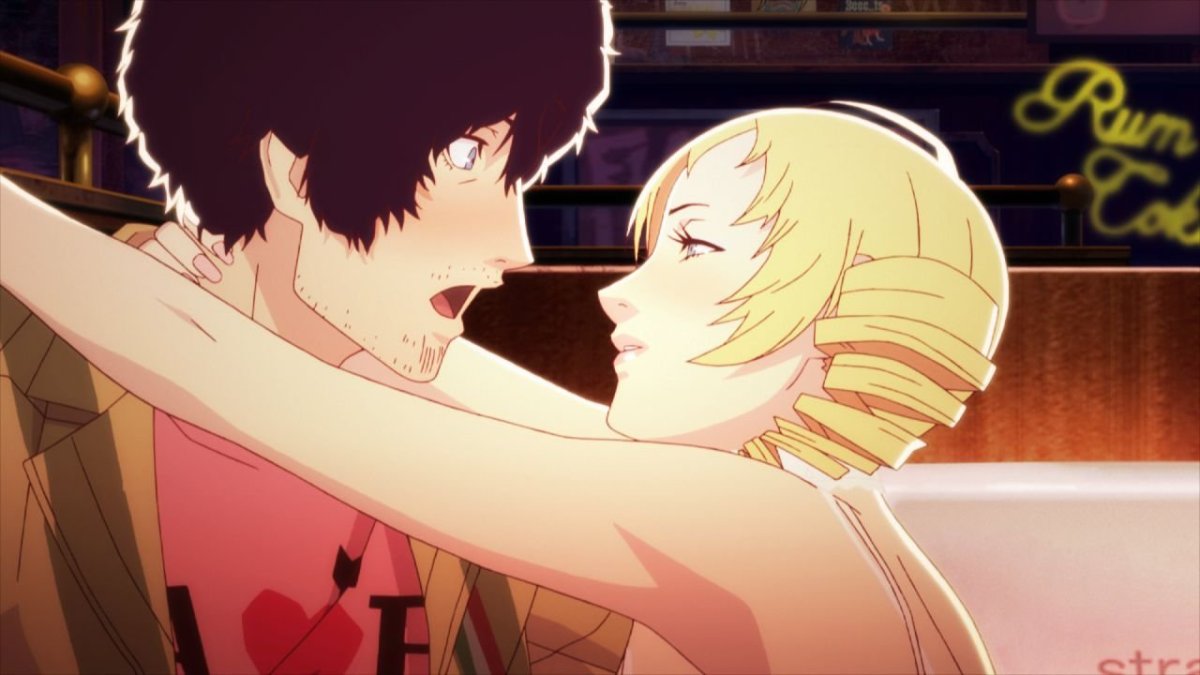 Let’s ignore the fact that Atlus will be releasing Catherine: Full Body later this year, and instead, revel in the glory of Catherine Classic finally making its way to Steam. In an age where remasters and remakes have become all too common, it took Atlus far too long to actually bring Catherine to modern consoles or platforms.

That’s all over and done with now, though, as Catherine Classic is very much a good port of the original PS3 game.

Eight years later, and Catherine’s story still remains every bit as nonsensical and riveting as you remember it to be. For the newcomers, the story revolves around Vincent Brooks, a 30-something-year-old who’s in a long-term relationship with his girlfriend Katherine. Katherine’s getting to that age now where she’s thinking about marriage, but Vincent isn’t sure if he wants to settle down.

Vincent is your typical, hapless protagonist. He stumbles on his words when under pressure, always unsure and unwilling to make eye contact with his own girlfriend when she asks the tough questions. He’s always broke, always drinking, and his apartment’s a complete mess.

Enter Catherine, the young, attractive girl who seems to think the world of Vincent, which is exactly what Vincent needs when he’s caught drunk at the bar one night. One thing leads to another, and before you know it, Vincent’s trapped between these two women, trying not to get himself into trouble with Katherine, but also not really trying to end his affair either.

The story serves as a perfect foil for a moral dilemma that is likely relatable for some, and simply interesting to think about for others. Players are in control of Vincent and his choices, and the way you respond to the two women and other questions raised in the game will determine the kind of ending you get.

Do you think marriage signifies the beginning or end of your life? (Hint: it’s probably the latter). Do you prioritize appearance or personality in a partner? Do you like children? Is age just a number?

The premise sounds silly, but Catherine asks tons of fascinating questions that just might end up allowing you to learn more about yourself in the process. If you decide to commit to it, Catherine will reward you with an utterly compelling story that’s ugly, messy, and completely destructive in the best way possible.

It’s also a very beautiful game. Just look at those animated cutscenes, and even the way the characters move and react to each other in real time. 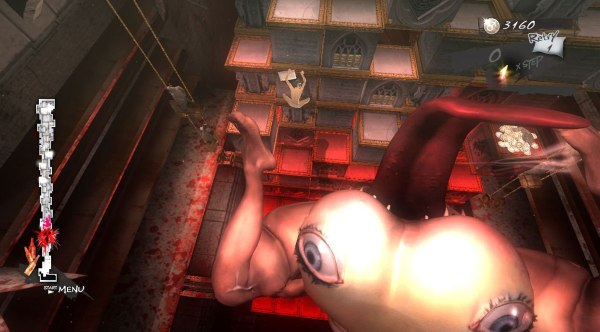 The life sim part of Catherine Classic is all very riveting stuff, but the game truly shines in its puzzle segments, which continue to feel fresh and innovative even today.

Whenever Vincent goes to sleep, he enters a nightmarish world where he’s forced to climb a never-ending tower in the hope of finding salvation. You see, men who cheat are cursed. And when you cheat, you’re forced to fight for your life if you want to continue living your life of infidelity.

The puzzle towers are completely made out of cube blocks that you’ll have to push and pull along the way. Your goal is simply to get to the top of the tower, but as the game progresses, things get way trickier. The blocks don’t follow your regular gravity rules either, as they’re all connected by the edges, allowing you quite a bit of creativity when it comes to finding different solutions that would allow you to get on top.

What’s great about Catherine is that unlike most other puzzle games, there are usually a variety of solutions and techniques you can employ to reach your goal. There are different types of blocks as well; some can’t be moved, some are trapped, some cause you to slide, you get the idea. In between levels, you’ll also have the chance to purchase boost items that can give you an easier time in the puzzles.

Save for a few stages near the end of the game, Catherine Classic is great at giving players a good amount of freedom to solve the puzzles. At Easy and Normal difficulties, it’s very rare that you’d paint yourself into a corner, so to speak, as there are always multiple ways for you to keep climbing.

If you’re playing on Hard, on the other hand, Catherine Classic becomes incredibly punishing, as every move has to be precise, and you can’t just be pulling out blocks at random. For players who want a challenge, Hard mode, along with the optional Babel mode, provide some seriously tough puzzles you can sink your teeth into.

There are some issues, of course, as is usually the case with basically every single video game release ever. For starters, despite touting an unlocked frame rate, unfortunately the puzzle segments themselves seem to be capped at 30 frames per second.

This doesn’t sound like a huge deal on paper, but considering that the bulk of the gameplay takes place during the puzzle segments, it’s certainly disappointing to see that they don’t play out in 60fps like the rest of the game.

Further, while Catherine Classic does come with Japanese audio support, I also ran into an issue where the appropriate audio track wouldn’t play despite already changing it in the settings. The English dub is fantastic, of course, but fans hoping to play with the Japanese dub will be disappointed.

Catherine Classic also brings back some audio imbalance issues from the PS3 version, such as animated cutscene audio being way louder than regular cutscenes rendered in-engine. These are all small issues, they’re not game-breaking, but still annoying nonetheless.

Thankfully, aside from the frame rate cap in puzzle segments, the audio issues can be resolved easily through patches if Sega and Atlus decide to address them. Catherine Classic continues to be one of the most fascinating and unique games of last generation. And the good news is, you no longer need to hook up your last-gen console to enjoy this gem of a game.