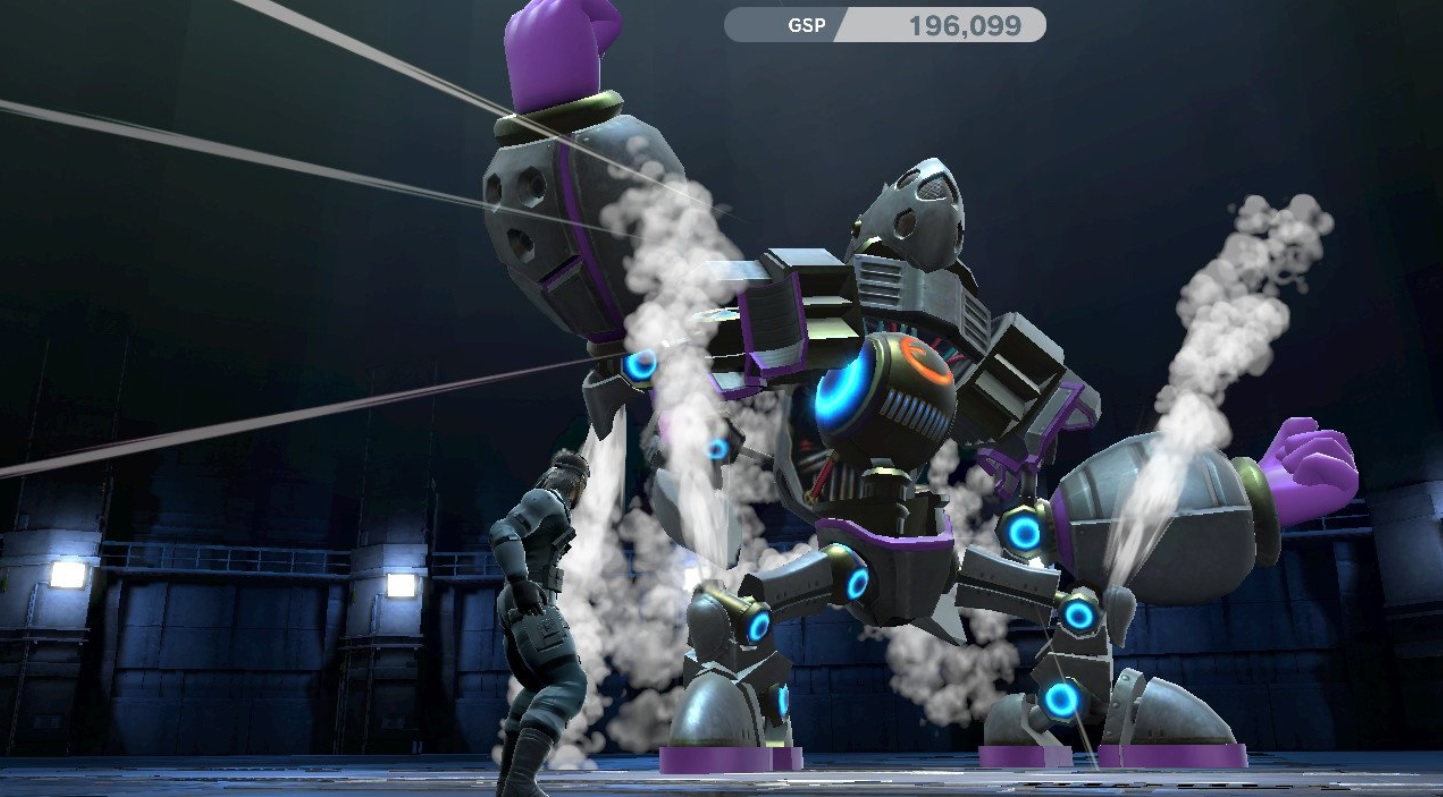 It’s been a tough console generation for Metal Gear fans. With the weird prologue-style release of Ground Zeroes, the whimper of an ending that The Phantom Pain was, and the embarrassment that was Metal Gear Survive, this beloved franchise is all but dead. Actually, scratch that, I’m pretty sure it’s well and dead at this point.

Just as I’d begun to put this series behind me, though, Super Smash Bros Ultimate comes along and it’s single-handedly rekindled my love for Metal Gear and reminded me of all the things that made this saga so great.

Let’s start with Snake himself, who’s just so wonderful as a Smash character. His animations and move set look like they were ripped straight out of MGS2. His regular tilt and smash attacks are just the right amount of robotic and derpy like they were in Metal Gear, and even his down grab move has him choke out his opponents and lay them out on the ground. If Smash wasn’t a fighting game, it’d almost feel like I was playing Sons of Liberty again.

And then there are the spirit cards and fights, and let me tell you, Nintendo has definitely done their homework on the Metal Gear series.

The Boss is a Legend-class spirit, as she should be, and her fight is an awesome, though admittedly flawed, replication of the final showdown in Snake Eater. The stage is set with a flowery backdrop, and the floor is all poisoned up. The Boss herself isn’t actually playable in Smash, so we’ve got Zero Suit Samus instead —because she’s got long blonde hair and she wears a skin-tight suit that looks like The Boss’ combat suit. And then an instrumental version of Snake Eater starts playing.

Now don’t get me wrong, this fight is a massive pain in the ass, like most World of Light fights are. But still, the fact that Nintendo went as far as to try to recreate the vibes of that fight with a good-looking stage and that music was enough to get the feels going. And if you take a look at The Boss’ spirit card, you’ll see that her special effect enhances your Throw power, which makes complete sense because she’s basically the CQC master of Metal Gear.

Not only that, Snake’s Classic Mode fight is a total treat as well. After playing through half the Classic Mode fights with an assortment of characters, I was definitely disappointed to see that not many of them got the unique boss treatment as Link and Richter did. When I finally got to Snake, then, I was pleasantly surprised to see that he hadn’t been shafted after all.

Snake’s Classic Mode boss fight pits him against a giant purple robot, which I assume is supposed to be Metal Gear REX, on the Shadow Moses map. I gotta tell you, I’ve never felt this nostalgic for Metal Gear, and having Snake pelt the robot with Nikita missiles and detonating well-placed C4 mines definitely brought back some great MGS1 memories. All that was missing was the epic Gray Fox intervention and the Encounter remix playing.

I could go on and on about how great this game has been to Metal Gear fans. There’s a good handful of Metal Gear-related spirit cards including REX, RAY, Sahelanthropus, and even ZEKE (does anyone actually care about ZEKE?). Solid Snake (the best Snake) has a card, as does Naked Snake, who starts off as an Ace-class but can be enhanced at level 99. I’ve yet to level him up to 99, but I can only assume that Naked Snake’s card will transform into a Big Boss card, which has got to be a Legend-class. If not, I’m gonna be sorely disappointed, Nintendo. I hope you know that.

Popular side characters get spirit cards as well, including faces like Meryl, Campbell, Gray Fox, and Otacon. Smash has been a ton of fun so far, but I’ve found that my new goal in the game is to unlock all of the Metal Gear spirits and, I don’t know, form an unstoppable Metal Gear team in World of Light maybe.

If you can’t already tell by now, Super Smash Bros Ultimate is my first ever Smash game, and while I’d often heard it referred to as the “ultimate love letter to video games,” I was not at all convinced. A love letter to Nintendo games, sure, but video games as a whole? I wasn’t so certain.

In fact, I’d still hesitate to give Smash that much praise. After all, Cloud still hasn’t gotten his due (though that’s probably due to licensing issues) and even the Fire Emblem and Pokemon characters haven’t gotten that much love either. But man, Smash Ultimate definitely did right by Metal Gear.

Metal Gear, as a series, is dead and buried at this point. It’s probably never gonna come back, and we’ll never see that mythical third chapter to The Phantom Pain. That doesn’t mean its legacy has to live and die by pachinko machines, though. Super Smash Bros Ultimate hides a whole host of ‘Greatest Hits’ fights and moments from the series within it, and it’s a glorious celebration of what made Metal Gear the iconic franchise that it is today.