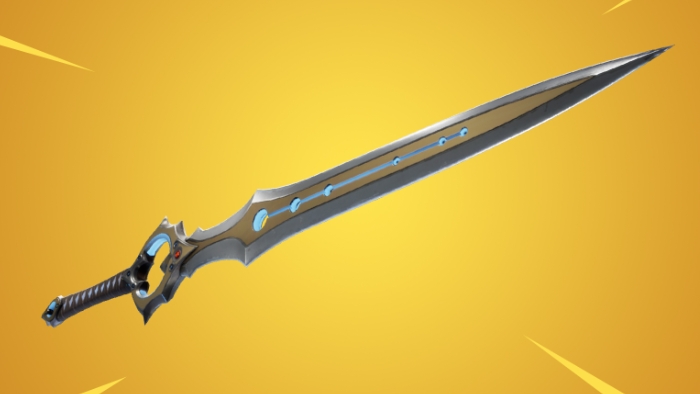 Epic Games released the patch notes for the 7.01 update of Fortnite, adding the titular weapon from the studio’s own Infinity Blade franchise to Battle Royale.

The giant sword from Epic’s now-defunct mobile series is now in Fortnite: Battle Royale. The developer had been teasing the sword in various teasers since the launch of Season 7, and dropped an even bigger hint alongside the announcement that all three Infinity Blade games had been removed from the Apple App Store yesterday.

According to the patch notes, the Infinity Blade is a melee weapon that can only be found at the Polar Peak location. Only one of the weapon will appear in every match, and must be pulled from a pedestal by the first player.

The player who wields the blade receives 200 health and shields, health/shield regeneration, receive 50 HP on enemy elimination, and 130% increased movement speed. The sword itself can “destroy structures in one blow” and deal 75 damage to players with one slash, while the alternate fire causes the player to jump a large distance through objects and deals 25 damage with a “knock-up” to nearby enemies.

Other Battle Royale features in the 7.01 update includes the return of the Close Encounters limited-time mode with shotguns and jetpacks, and a “speculative fix” for the issue of players still moving seconds after being eliminated. The patch also adds more options and bug fixes for the Creative mode, which will be available for all players starting Thursday, Dec. 13, and includes a new island that specifically matches the environment of “The Block” for players to build on.