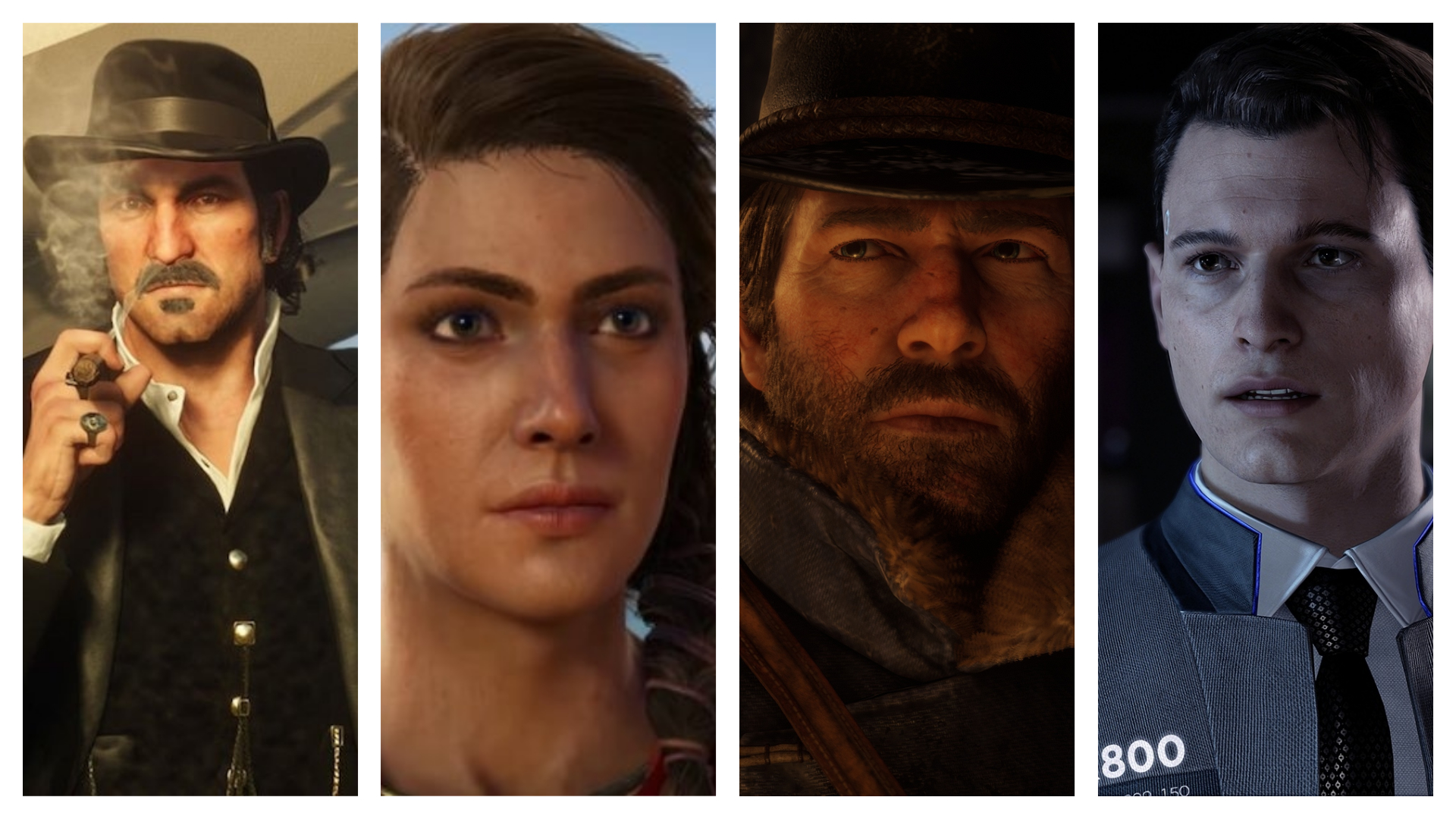 It’s award season here at Twinfinite! Let’s look back at the best video game characters of 2018. Voted on by our editors, these were the characters that we felt left the biggest mark in 2018. Let’s start with our runner-ups, and finally, of course, our overall winner!

Editor-in-Chief Ed McGlone: Some spoilers for Detroit are ahead, do not read if you don’t want a small handful of the many possible routes for Detroit’s story to take to be spoiled for you.

Connor is what makes Detroit: Become Human. Sure, the branching paths were pretty awesome for a person who laps up choice-driven gameplay like myself. The other characters have their moments too, like Kara’s touching relationship with Alice. But it’s Connor who steals the show.

Unlike the other main characters that quickly come to terms with how crappy their robot life is, Connor battles the most with rejecting his purpose. His voice actor, Bryan Dechart does such an amazing job of selling Connor as a bad ass robocop, that I actually had him refuse to go deviant at first. I was rooting for him to accomplish his mission. The result is a stark contrast to what happens if you do decide to go deviant.

Although Connor struggles with the principle of switching sides and going deviant, he was clearly even more pained by how little his owners appreciated his efforts if you refused to rebel. Ever so subtly, you could sense the feelings of betrayal and hurt that subservient android Connor felt when he was thrown away like an old toy.

Unlike the other playable characters, it’s entirely believable for Connor to go in any direction the game offers you because of how complex he is, even while staying subservient. That complexity comes to life thanks to the excellent writing present during Connor’s story, and the voice acting that brought him to life by Dechart. The combination of the two makes Connor one of the best video game characters of 2018.

Reviews Editor Zhiqing Wan: The Assassin’s Creed series hasn’t had a great protagonist in a very long time. There have been decent ones, sure, as the Frye twins come to mind, and Edward Kenway was alright, I guess. And I suppose that Ezio dude was fine too. But ever since Altair and Desmond Miles were written out of the series, the Assassin’s Creed series has been languishing in terms of strong character work and writing.

All that has finally come to an end with Assassin’s Creed Odyssey, and the introduction of Kassandra.

Mostly, it’s thanks to the excellent voice work from Melissanthi Mahut, who embodies the very essence of Kassandra herself. In every line, you can hear that twinkle and the smirk in her voice. As a character, Kassandra is so believable in the way she speaks and reacts and shouts “Malaka!” each time some jerk tries to pull a fast one on her.

More importantly, though, it’s the thought that’s gone into her backstory that makes her stand out as one of the best Assassin’s Creed protagonists we’ve seen. Kassandra is a deeply tragic character -a fact made evident from the game’s beginning hours and the way she’s been ripped from her family. It’s a cliched setup, yes, but it’s effective in a way that gets us to feel for her when she suffers further loss or to laugh with her when she literally facepalms in exasperation after meeting the most ludicrous NPCs on her journey.

Regardless of how your campaign ends -though I’d argue that the game’s ‘worst’ ending is actually the most fitting- Kassandra’s journey to find her family feels very personal and relatable.

Ubisoft truly did her character justice by placing such a large focus on Kassandra’s story instead of all the sci-fi mumbo jumbo of Assassin’s Creed’s modern plot. Because of that, Kassandra ends up being one of, if not the, best protagonists we’ve ever seen in this long-running series.

Contributor Joe Yaden: It would be easy to mistake the protagonist of Red Dead Redemption 2, Arthur Morgan, as one dimensional. Like the game itself, you have to invest some time into Arthur to truly appreciate him. Arthur is not only a complicated character but one that you can’t help but root for, even with some of the questionable decisions he’s made.

It would have been easy for Rockstar to just throw in a bland action-hero for us to play as, they’ve done it before, but Red Dead Redemption 2 is far more ambitious than that. Arthur has depth and baggage, making him one of the most memorable characters of 2018.

You can tell that Arthur wants to be a good person, but is sort of swept into situations in which he is forced to make bad decisions, without getting into spoilers of the recently released game, it’s a wild up and down ride, to say the least.

Beyond that, Arthur is oh-so-funny. The voice actor that portrays him, Roger Clark, delivers many of the lines in such a dry way that makes it hard not to laugh. This is important in a game that is otherwise full of doom and gloom. No one who plays Red Dead Redemption 2 will ever forget “LENNY.”

You may not love Arthur Morgan at first, but the more you play as him, the more you’ll discover how complex he is. As his troubled past is uncovered, it makes things more interesting and you’ll probably start to feel for him the way many of us have.

Editor-in-Chief Ed McGlone: Listen, I know everyone looooves Arthur, and for good reason. He’s a great protagonist and a major reason why John Marston grows into the decent man he becomes in the original Red Dead Redemption game. Every decent story needs a great villain though, and Dutch van der Linde is one of the greatest of this generation.

At least at first, Dutch doesn’t appear to be a monster. In fact, although his ideals are misguided and doomed to fail, they are well-meaning depending on your perspective.

I can actually believe that at first, in the opening chapters of the game, Dutch really did believe in what he was saying. He genuinely wanted to help himself and all of his gang, his family, retire on an island somewhere peacefully as mango farmers on top of a horde of gold.

When Hosea dies though, Dutch’s moral compass is lost, and he quickly spirals into madness and cruelty thanks in part to Micah being in his ear.

That’s what makes Dutch’s character so memorable, and heartbreaking. Unlike Micah who is a total asshole from the moment you meet him, Dutch was an honorable man (at least from an outlaw’s perspective). You’re forced to slowly watch this decent guy with good intentions break down into something that can only be described as pathetic and cowardly.

I was rooting for Dutch in the first half of the game. Rooting for his “plan” to come together. And, by the time the credits rolled, I was eager to restart Red Dead Redemption 1 and give Dutch exactly what he deserved. He’s an extremely complex character, that is made far more interesting thanks to the wonderful writing and narrative efforts on display in Red Dead Redemption 2 and is why he is one of the best video game characters of 2018.