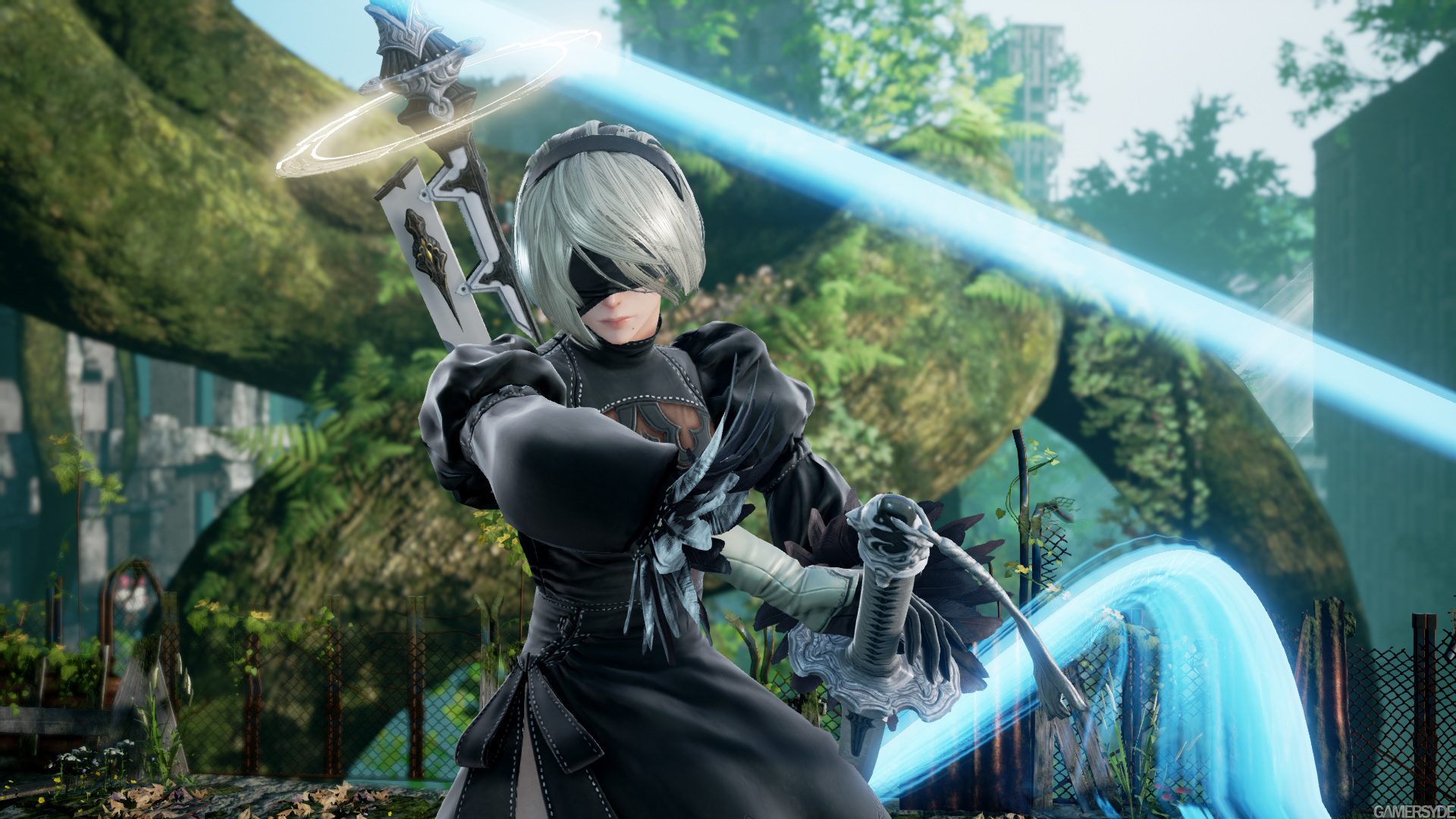 Earlier this year it was revealed that SoulCalibur VI would be receiving NieR: Automata’s 2B as another guest character to stand alongside Geralt of Rivia from the Witcher series. Now, 2B has a release date of Dec. 18, according to a twitter post from Bandai Namco.

When 2B joins the roster next week, she will be available as an individual purchase or as part of the season pass. The pass costs $29.99 and includes 2B, returning fighter Tira and two unannounced characters. 2B can also be accessed with the $89.99 deluxe edition of the game.

The DLC will also come with new weapons, new character creation and customization options, a costume based on Kaine from the original NieR, new BGM and a new stage.

Stand ready for battle: @NieRGame’s 2B will bring her blades to the stage of history on December 18th! Get your copy of @SOULCALIBUR VI: https://t.co/MRVo8jf5nX pic.twitter.com/5y4FZ4BwFy

In the reveal trailer for 2B, we saw her using her dual blades and a number of moves and abilities taken from NieR: Automata, much like Geralt of Rivia uses Witcher signs and other iconic moves from the Witcher series.

For more on SoulCalibur VI, read our review from October as well as our article on why it has a stand-out story for a fighting game. For in-game help, check out our helpful guide wiki that has tips and tricks to help you get the most out of the game.

SoulCalibur VI is currently available on PS4, Xbox One and PC.