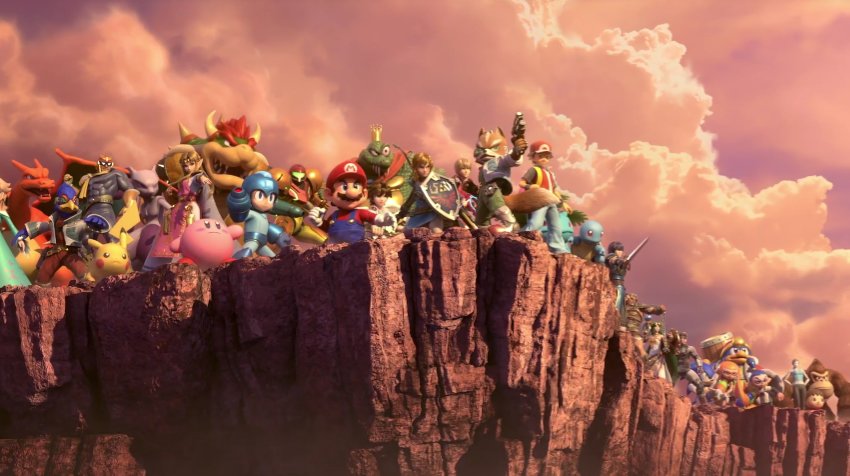 Super Smash Bros. Ultimate is an insane game; it’s just crazy how much content Sakurai and his team have managed to jam into one tiny Switch cartridge.

The abundance of stages, massive amounts of music from across the industry, and full Adventure mode are honestly just the icing on the cake when you consider just how many playable characters are going to be in the game.

After all of the DLC has released, Super Smash Bros. Ultimate will feature 80 playable characters. Sure, seven of the characters are echo fighters (clones of other characters), but that’s still over 70 unique fighters hailing from all corners of the industry.

It’s a staggering amount, and we’d be surprised if there was a fighting game that could even come close to Super Smash Bros. Ultimate’s roster size.

So, we took a look at the roster sizes for several old and new fighting games to see how they compare to the latest Smash Bros. All of the counts include DLC characters.

As it turns out, Super Smash Bros. Ultimate is completely dwarfed by Tobal 2: a Square-published fighting game released for the PlayStation in 1997. Now, Tobal 2 is a bit of a special case in that you can capture enemies in the Quest mode and use them as half-baked fighters. Characters like a dog, a dragon, and —and this is actually pretty cool— a chocobo.

Even so, Super Smash Bros. Ultimate still pales in comparison to second place, Naruto Shippuden Ultimate Ninja Storm Revolution. This game genuinely did feature 118 different Naruto characters and is considered quite the triumph by fans of the series.

It’s interesting that, unlike Super Smash Bros., most fighting game franchises’ largest rosters aren’t from their most recent games. For example, King of Fighters 2002: Unlimited Match, Tekken Tag Tournament 2, and Marvel vs. Capcom 2 all tower over their younger siblings.

A special mention has to go to Mortal Kombat Armageddon, which did the “everyone is here” shtick waaay before Smash Bros. Ultimate came along.

Well, there you have it. Although the roster for the latest Super Smash Bros. game is humongous, it’s not quite the biggest that the genre has seen. However, in terms of sheer variety among the roster, Smash definitely takes home the gold.