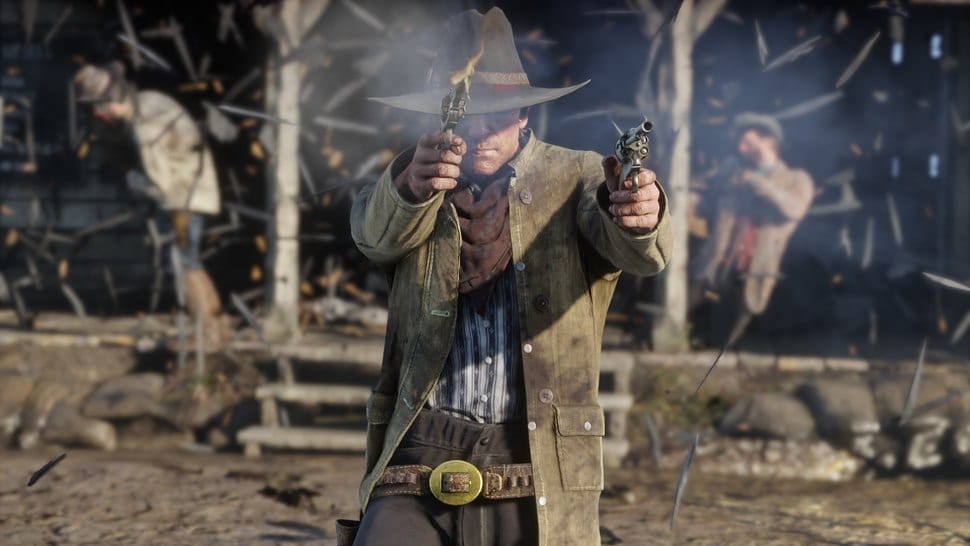 Red Dead Redemption 2 is the latest open world game developed and published by Rockstar, and it serves as a prequel to the original game that released on PS3 and Xbox 360. Players will take control of Arthur Morgan, a trusted senior member of the notorious Dutch Van Der Linde gang. As you play through the story, you’ll eventually get into all sorts of trouble while committing crimes and killing and robbing people. If you’re unlucky, the law might catch up to you. Here’s what you need to know about how to surrender in Red Dead Redemption 2.

How to Surrender in Red Dead Redemption 2

First off, before you can start to surrender yourself to the lawmen and bounty hunters, you need to actually be a wanted man in Red Dead Redemption 2. By committing crimes such as getting into fights with people, robbing establishments, or murdering and robbing NPCs, you’ll get a bounty on your head once the crime gets reported.

If you choose to fight back against them, you run the risk of increasing your bounty even further. If you want to clear your bounty, you could always head to the nearest post office to pay it off. If you don’t have the money, you can choose to surrender instead.

To surrender to a lawman or bounty hunter in Red Dead Redemption 2, you’ll need to do a couple of things. Whenever they’re coming after you, make sure to dismount your horse, holster your weapons, and stand completely still.

Do be warned that if you surrender and get taken to jail, you’ll lose quite a bit of money, depending on how high your bounty was in that state. However, once you’re released from jail, you will no longer be wanted in that state, and you’ll be able to start fresh with no fear of having lawmen or bounty hunters coming after you.

This is a pretty great way to clear your wanted level if you’re completely out of money.

And that’s all you need to know about how to surrender in Red Dead Redemption 2. Be sure to check our Red Dead Redemption 2 guide wiki for more information on the game. If you’re just getting started, we’ve also got some beginner tips to give you a smoother beginning to your experience.