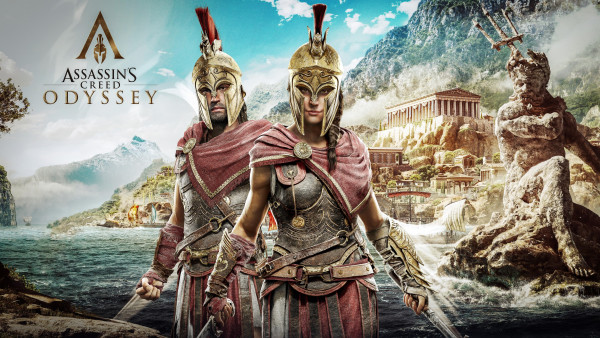 Here’s how to get ability points in Assassin’s Creed Odyssey fast and easy.

With Assassin’s Creed Odyssey, Ubisoft continues to transition the series into deep RPGs, rather than action adventure experiences. You’ll level your character up, boosting their stats as you go. You’ll switch out your armor and weapons to give you an advantage in battle, and if you’re lucky, you might even successfully romance one of the NPCs.

One of the coolest RPG elements this time around, however, is the option to learn new moves and abilities as you go. You can’t just learn these whenever you want, though. You’ll need ability points to spend in order to unlock them. Fortunately, there’s a straightforward method of getting them, but there’s also another way to get them without the grind.

How to Get Ability Points in Assassin’s Creed Odyssey

There’s not really a whole lot you need to know to get them within the game. Like in many other RPGs, you’ll get ability points in Assassin’s Creed Odyssey each time you level up.

And while this is all well and good during the game’s opening stages when you’re leveling up a little faster, it can become more of a grind when you reach the higher levels. Sure, you’ll still get the points you need this way, but you can supplement these points you get from levels with another source.

The in-game world is filled with things to check out, and one of these is tombs. Tombs are essentially mini puzzle rooms. Inside, you’ll find some fairly easy puzzles you’ll need to solve, and a ton of snakes you’ll need to avoid, too. However, the important thing to remember about tombs is that they’ve got an Ancient Tablet inside them.

If you manage to find the Ancient Tablet inside one of Assassin’s Creed Odyssey’s tombs, you’ll get an additional ability point for your troubles. These will require you to explore them fairly thoroughly, however, so be prepared to have a good look around.

Oh, and there’s always a chest in tombs which is separate from the Ancient Tablet that contains high-level gear. So, in short, check out tombs!

Now you know how to get ability points in Assassin’s Creed Odyssey, it’s time to spend them on some worthwhile upgrades.

How to Spend Ability Points in Assassin’s Creed Odyssey

Now that you’ve earned yourself some of those coveted points you sought, it’s time to put them to good use. First off, press the touchpad on PS4, or the Views button on Xbox One to open up the menu. From here, you’re going to use R1/ RB to tab your way over to the Abilities screen.

Now it’s simply a case of choosing what ability/abilities you want to spend your points on. Use the left analog stick to highlight the ability you want to unlock, and then press and hold the X button on PS4 or A button on Xbox One to spend and unlock a handy new skill.

It’s worth noting, however, that some abilities require you to be a certain level before you can unlock them. After all, you can’t just get the best abilities in the game right away now.

That’s all you need to know to not only get ability points in Assassin’s Creed Odyssey but how to spend them, too. Looking for information on how to respec your character? We’ve got you covered. We’re good like that, we know!

It’s rumored that the fiercest Spartan warriors of the time compiled all of their knowledge into a comprehensive Assassin’s Creed Odyssey guide wiki for you lucky players. We’re kidding, it was just us. But be sure to check it out all the same for plenty of tips, tricks, and guides.

5 Features God of War: Ragnarok Needs to Be the Perfect Sequel
To Top