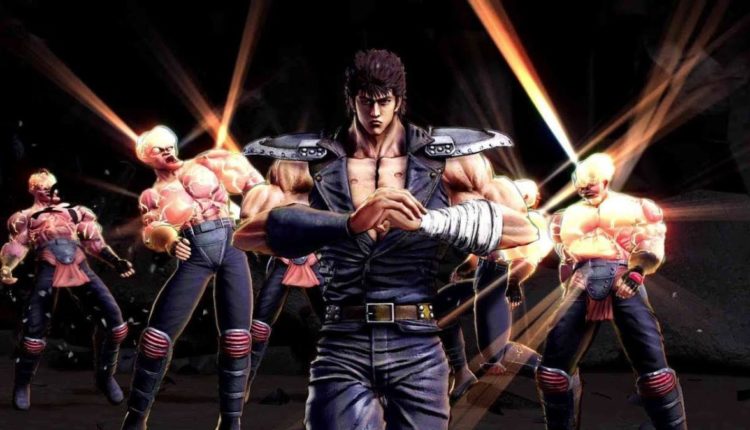 Anime video games have become a genre all their own, and there are countless titles out there that try to emulate the most popular shows. Of course, these envelop quite a few different genres, but there’s a recurring issue that seems to crop up with anime games. They’re always so laser-focused on recreating that experience from the anime or manga, instead of daring to try something new or different. That’s exactly where Fist of the North Star: Lost Paradise comes in, a game that has its own fair share of problems, but shows the best way anime games can get out of their slump.

Most anime games we see either step-for-step tell the exact same story as their source material, with gameplay elements added in.

This isn’t to say there are no titles that try to add something new into the mix, certain ones like Attack on Titan 2 try to add in at least some new story elements, while the likes of Dynasty Warriors Gundam brings characters from different series together for an original story. However, most of these feel like half-hearted attempts that still don’t do anything interesting with characters.

There’s no better series to highlight this problem than Dragon Ball, an anime franchise with a ton of acclaimed video games. And yet, how many times have we played through the Saiyan Saga, or fought Frieza on Namek, or played through the Cell games. We’ve seen these stories time and time again, even in the Xenoverse games, which have you playing as a time traveler intervening in said stories.

Lost Paradise breaks off from this tradition by adapting the themes and characters of Fist of the North Star into an original story. Fist of the North Star was a highly influential manga started all the way back in 1983. Because of this, the storytelling strides that anime would make in later years just weren’t present in FotNS. By today’s standards, its world-building feels very limited, and you don’t really get any sense of how the series’ post-apocalyptic world is built or works.

The original manga ran from 1983-1988, and while it remains a classic, it was laser-focused on battles and action. As a result, it simply didn’t benefit from the character development focus that later series like Yu Yu Hakusho or Jojo’s Bizarre Adventure would.

This all changes in Lost Paradise, because of how Ryu Ga Gotoku Studio adapts FotNS into their Yakuza formula. The game really is like Yakuza dressed up in a Halloween costume, with all the mini-games, substories, and crazy hijinks you’d expect from the crime-drama video games. Because of this, Lost Paradise is able to expand on the characters of FotNS, putting them into new situations and shining a light on a different side of their personality.

Kenshiro, the main character, in particular, has the most development. Seeing Kenshiro run a cabaret club or work as a bartender gives off a goofy side that we haven’t ever seen before. He’s still the same muscle-bound martial artist we know and love, but the Yakuza formula gives us a chance to see a softer, more tender side of the character.

Even characters outside of Kenshiro, like Rei, Toki, and Raoh, are more developed with their roles in the story. Of course, there’s a host of new characters added into the mix as well, who each have a distinct kind of Yakuza style to them.

Basing the game in a new city called Eden, and then building familiar locations around that, helps make the FotNS world believable, and easier to visualize. There are definitely parallels between Eden and Yakuza’s Kamurocho, but Ryu Ga Gotoku Studio has taken serious steps to make sure Lost Paradise still captures the aesthetic and style of FotNS.

The game brings up a good point about anime games in general: why don’t we use other formulas and adapt anime into that? I don’t mean just adapting anime into a fighting game, I mean adapting it into a template that a series uses, like adapting FotNS into Yakuza’s template.

It makes more sense to use a tried and tested formula in an attempt to see what anime that might work with, rather than trying to iterate another anime fighting game for the umpteenth time. We see anime strike the same genres over and over; action-RPG, fighting game, strategy RPG. But what makes Lost Paradise so refreshing is how it takes the unique formula of Yakuza and adapts that into something anime games just haven’t ever seen until now.

This happened back when Koei Tecmo made Dynasty Warriors Gundam, but they’ve since beaten things into the ground with tons of Musou adaptions for anime.

It’s the same concept as game adaptions of films. They should strive to be different rather than just emulate the film. Lost Paradise shows that this concept works, and luckily it’s not the only game taking this approach. One Piece: World Seeker, which we’ve previously written about, is also trying to bring something new to anime games.

The ambitious title looks to bring something more, with real care and effort put in to make it a AAA level open world game. So far, World Seeker looks like a far cry from the typical One Piece game, which is usually focused on simply beating enemies senseless.

Early gameplay and trailers show Luffy having traversal abilities that let him jet around the environment like in Spider-Man or Prototype. World Seeker also takes place in an entirely new setting called Jew Island, introducing a cast of new characters as well as returning ones, just like Fist of the North Star: Lost Paradise does.

These two games show that anime adaptions can and should strive to be something more. They need to bring something new to the table, and not just rehash content we’ve already seen time and again. Lost Paradise is anything but the perfect game; it has pacing issues, can be a bit grindy, and the buggy controls terribly.

Yet, for all its issues, the positives outweigh the negatives, if not simply because it feels like something fresh and brand new for anime games.

Taking the Yakuza formula and applying it to FotNS worked wonders, and One Piece: World Seeker looks like it’s doing something similar. It’s past time for anime games to head into uncharted territory and try gameplay styles we haven’t seen before, all in the name of innovation.

For even more anime content you can check out 7 anime like Jojo’s Bizarre Adventure, another series that shares some striking similarities to Fist of the North Star. You can also take a look at the 7 best anime of October 2018, that you need to be watching.