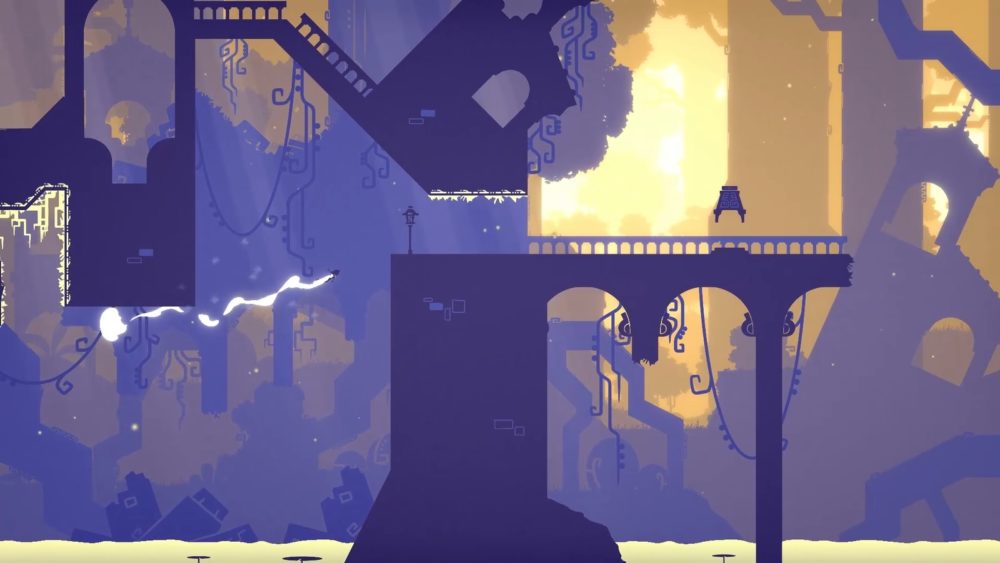 The King’s Bird on PC

In recent years, the most successful platformers have managed to break through the over-saturation plaguing their genre majorly via innovations to mechanics that already exist within it. Momentum has certainly been explored in past games, as N++ comes to mind, but rarely has it been implemented like it has in The King’s Bird. Thanks to the flight mechanic, the game’s unique physics create a momentum-based experience like none other. But while Serenity Forge’s indie platformer stands out from the crowd, it’s also clear that the game’s potential soared far higher than the overall execution.

The story of The King’s Bird isn’t entirely a complicated one, as players take control of a young girl who wishes to explore the beauty of the land. Her hopes are caged by a Tyrant though, one who blocks off the borders of their home with a secret magic. After bouncing around and getting a feel for the physics and controls, you’ll be able to steal that magic for your own, passing through the barrier and setting off on a wild adventure.

Once in the wild, dangers are introduced that our exuberant young protagonist was never privy to in her walled-off home. While no enemies are present, the world itself full of danger. Spike laced platforms, chasms, and deep trenches of water spell the end for our little bird with just one touch. To overcome these obstacles, she has to master the magic she stole, one that allows her to fly and dash for a certain period of time. Flying can be activated when enough height and space is given, working based on the law of conservation of energy. As a result, her flight is not limitless. You’ll need to pay attention to her scarf to see just how much momentum is left. This can be reset via dashing off walls at specific angles or simply landing on stable ground. If done correctly, this combination chains together momentum that is vital to pass certain points. Add in the usual platform mechanics, like wall jumping, and it’ll just be a matter of getting down the timing, momentum, and precision of it all.

As the controls start to make more sense, you’ll likely find yourself as drawn into the world you’re exploring as the protagonist of The King’s Bird, understanding why she wanted to see it. As their names would suggest, the Forest Kingdom, Lake Kingdom, Sky Kingdom, and Fallen Kingdom are each filled with distinct and vivid colors. From the warm and sunny reds of the Sky or the cold and deep blues of the Lake, you’ll feel like you are floating through a real-life painting in each Kingdom. Another small touch can be found in the swift color changes that occur throughout each area as you progress, transitioning seamlessly alongside your movement.

Before its release, The King’s Bird received a lot of comparisons to Ori and the Blind Forest, another platformer filled with a vibrant color palette that added to the ambiance of the game. But while each game does have a similar aesthetic, The King’s Bird is structured closer to Rayman Legends. Kingdoms feature different areas, each containing four sub-areas of their own. Collectables, while not fully necessary to progress, are also placed throughout each in the form of Spirit Birds. You must complete these areas to progress through to the Shrine. Shrines were a bit of a disappointment, as they only served bridges between Kingdoms, with slight story elements attached. When I came across the first one, the Owl Shrine, I thought it may bestow a new ability upon me. But alas, the rest of The King’s Bird didn’t focus on progression, but on making the levels more difficult instead.

Difficulty isn’t a bad thing at all. The aforementioned Ori and the Blind Forest was considerably difficult. I still enjoyed my time playing it though thanks to the variety that was introduced throughout its progression. Honestly, I felt the same way for a good chunk of The King’s Bird as well. Throughout the first half of the game, areas were mixed between tight, spike-filled lands and open-ended skies, ones filled with loads of space to frolic. There were even levels that made the protagonist flightless, causing her to rely solely on her momentum based jumps. Even those were enjoyable. That all comes to a crashing halt in the later levels, unfortunately. The once lenient checkpoint lanterns became sparse, leading to a more trial and error. There was little to no time to enjoy overcoming the previous obstacle once you did though, as another would be introduced immediately after. Each one of the final stages required perfect control, something that was nearly impossible due to the game’s camera work.

The faster the little bird flew, the more momentum that was gained, the worse the camera became. When speed picks up, the camera lags too far behind, meaning you have to memorize the necessary movement before even arriving at the next obstacle. This is manageable in the early stages. But when it became absolutely vital to be able to see what is next in the later stages, in order to react in time, that is when the camera was at its worst.

If you enjoy a challenging platformer, The King’s Bird will test your limits. Even if you don’t, it is at least important to note what the indie title is able to accomplish with its physics. Still, a lacking progression system, threading the needle difficulty, and bad camera work currently hold The King’s Bird back from being a great game, and it is instead merely a good one.