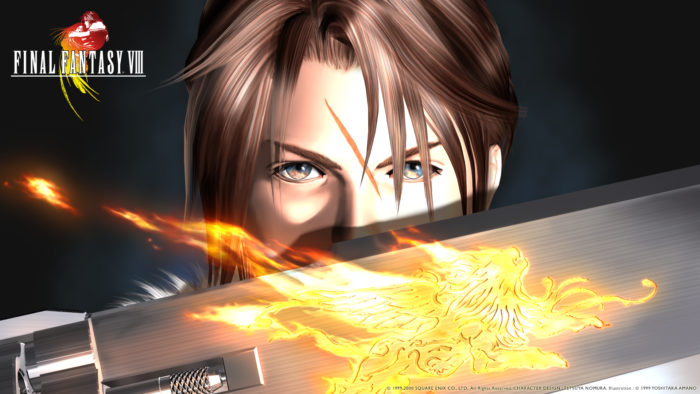 News recently broke at the Nintendo Direct that several classic PlayStation-era Final Fantasy games –VII, IX, X, and X-2– would be ported to Nintendo Switch and Xbox One. One hotly debated cult classic is curiously missing, and not for the first time: Final Fantasy VIII. The game is something of a Marmite item for gamers, dividing fans of the series straight down the middle. The title, however, still has a significant following and, minus VII, would generate just as many sales as the rest. So, why is Final Fantasy VIII missing, and what does Square Enix have against our favorite emo boy Squall?

Square Enix’s wording during the announcement, depending on your view of Final Fantasy VIII, will either sound disrespectful or downright hilarious. The Direct stated that players “will be able to play our classics: Final Fantasy VII, IX, X, and X-2” skipping over VIII without a stutter. This is another symptom of Square’s approach to its middle problem child, which, in some ways, is undergoing a historical erasure under the company.

Following up Final Fantasy VII would be no easy task for anyone. Even if the better received Final Fantasy IX was, hypothetically, released after VII, it would likely be criticized exponentially more for following up what is now regarded as the high mark for JRPG impact in the West. The game’s idiosyncrasies, namely its lovestruck story, perpetually teenage angst-ridden protagonist, and the dividing Junction System did not help. The title reviewed well on release, but fan reception has been divisive. Over time, these arguments and biases from the fan base have become more entrenched, which may have impacted Square Enix’s trust in the IP to perform financially.

This lack of support is not new, however. When the Final Fantasy games were ported to Steam in 2013, every single PlayStation Final Fantasy received a noticeable upscale, except VIII. That port was based on VIII’s PC version, resulting in a Steam transference that was significantly rougher around the edges. The long-term effect of this is that VIII was absent when VII and IX were ported to Android and iOS in 2015. Coming from the PC code, VIII was incompatible with mobile technology. Fact is, VIII just has not been treated in the same fashion as other Final Fantasy games in terms of support into the next generation of consoles; there is no effort from Square Enix to preserve the title. The 2013 PC port is littered with problems, ranging from downright awful controller support to some extremely patchy texture work. The music and consistent crashes leave the port in a questionable place. Despite the work put in to port it, the definitive edition remains as on the PlayStation, where used copies now run at a pretty penny. In an industry that is content with erasing the archiving power of emulation sites, companies such as Square Enix need to make a concerted effort to preserve its titles, or the studio threatens to put VIII into the realm of forgotten history. 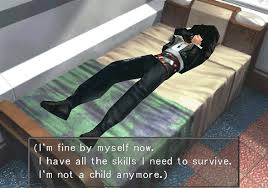 Could this all be a misunderstanding? Maybe. According to Alex Donaldson, Associate Editor at VG247, the original PlayStation 1 code for VIII has been lost, leaving only the scrappier, more graphically limited PC version behind:

The original PS1 code is lost, and has been since about 2000. Same for 7. For 7, they reverse-engineered the PC version (which itself was reverse-engineered from a non-final version of the PS1 game!), which was a really costly/lengthy exercise. They'd have to do the same for 8.

As Donaldson alludes to in the above tweet, VIII can still be salvaged on modern consoles if Square Enix provides the resources to reverse-engineer the title. VII’s costly reverse engineering was put through, leaving ardent Squall fans scratching their collective heads as to why VIII has not had this luxury. Square Enix’s reserved financial approach to VIII is symptomatic of the studio’s lack of trust in the IP to perform well. If they were willing to try for other Final Fantasy games, then the view of the studio must be that VIII is simply not worth the effort. VII’s original PC port back in 199x experienced similar issues with its code, with the PC port, completed by Eidos, took significantly longer as Square Enix lost the original code for the game.  The Eidos President at the time, Keith Boesky, explained to Polygon how he “got a call from Square, because they wanted to re-release the PC version, and they asked me if I knew where the gold master was […] Yeah, they lost it.” As a result, the PC port took significantly more time than required. If this happened to Square Enix’s most successful game, then players can only imagine how the studio maintained its archive for lesser-loved titles at the time.

The loss of coding is not unique to Square Enix, however. Generally, PlayStation 1 archiving and saving just was not up to scratch. In the future, there will be real problems in preserving this era of gaming compared to the SNES or NES. Square Enix, like many studios at the time, had no proper archival system in place, as it simply did not foresee the impact of its output in these years. Other titles, such as Xenogears and Chrono Cross, have suffered similar issues in portability, leaving their original PlayStation copies at a premium collector’s price.

In addition to the major issues regarding the game’s popularity and code, there are a few niggly issues holding the title back. Thanks to some eagle-eyed analysis from Donaldson, he noticed that the game’s major song, While Eyes on Me, has featured no vocals in other Final Fantasy spin-offs such as Dissidia and Theatrhythm, indicating some issues with music rights. This would mean additional costs, fees, and time for Square Enix to port the game to modern architecture.

VII and IX’s restorations have ushered in a new generation of fans for those games, too, ensuring their respective fandoms live on. VIII has not been afforded the same luxury, which will only embed its status as an outlier for the long-term. By restricting its accessibility, Square Enix is limiting the title’s potential to reach the next generation of cosplaying, AMV-making gamers. 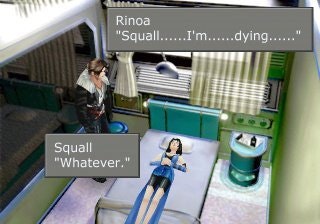 For non-fans of the game, this may seem like a minuscule problem. For people who loved the title, though, it’s fuel for anxiety, as Square Enix appears to be erasing the title from the brand. If Squall was as beloved as Cloud or Zidane, then the uproar would be heard, but VIII’s sullied history works against it. All most people, Square Enix included, can muster up when fans grow anxious about restoring the title is a resolute “whatever,” and that’s a dangerous path to go down. The title will be celebrating its 20th anniversary this February, which would be the perfect time to introduce a new port. A remake or spin-off is entirely out of the question, but Square Enix love their anniversaries, leaving the perfect window to properly push Squall into the 21st century.