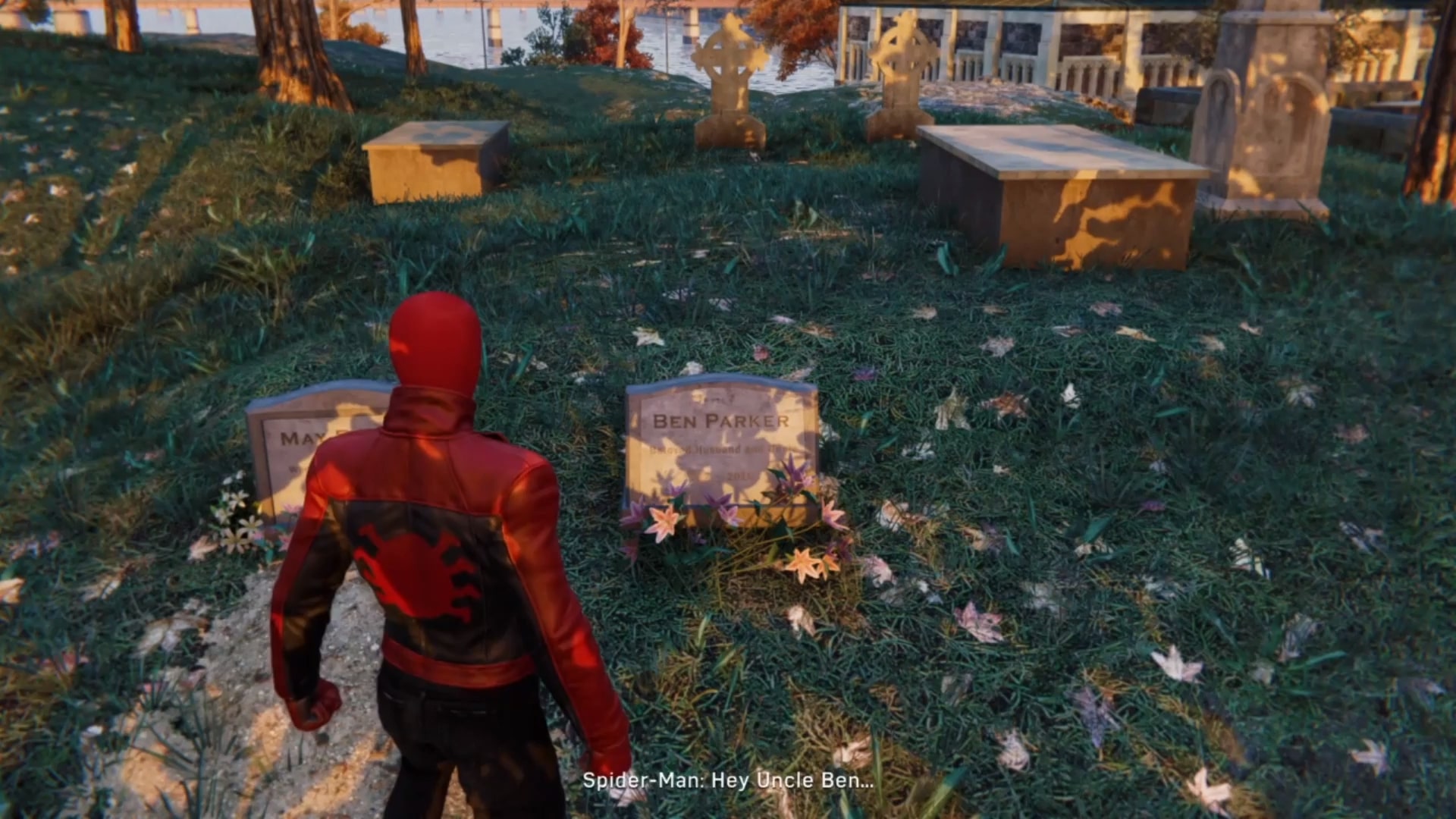 Here’s where Uncle Ben’s Grave’s location is in Spider-Man PS4 for the trophy ‘With Great Power’.

Spider-Man PS4 portrays a different kind of hero than the one we usually know. This time, Spidey is a seasoned superhero, much more comfortable in his role as Spider-Man, but still having trouble leading the double life of a hero and Peter Parker.

Of course, this is an older, more experienced Peter Parker, so many of the events that happened in his early years as Spider-Man will just be referenced. In particular, the ghosts of Peter Parker’s past still linger, and you can even find the Uncle Ben’s grave in the game.

As you’re off exploring the city of New York, in the upper-left hand corner of the game’s map you should spot a cemetery, and as you might expect this is where you’re going to find Uncle Ben’s grave in Spider-Man PS4.

Check our screenshot below for a rough idea of where you need to head on your map.

Head into the cemetery, then go the northern most wall and check the graves there to find Uncle Ben’s grave. Use the gazebo with all the chairs underneath it as an indicator that you’re close by, and then walk in the direction the chairs are facing and you’ll walk right over to it.

You can take a look at the video here to see the exact location or check out the screenshot below.

After you’ve paid your respects at Uncle Ben’s grave, you’ll have gotten your hands on the With Great Power trophy in Spider-Man PS4.

You know, in reference to that famous line from Uncle Ben in the first movie that no one could stop saying and making jokes about for years.

That’s it, though! That’s all you need to know about finding Uncle Ben’s grave in Spider-Man PS4, in order to get the With Great Power trophy. For more tips and guides on the game, make sure to check out our expansive wiki.

Our wiki is filled with hand guides, such as how to beat Kingpin, Shocker, Tombstone, and Taskmaster, where Uncle Ben’s grave location is, how to get landmark tokens, and challenge tokens, and even how to solve the statue puzzle.

Question: Where is Uncle Ben’s grave in Spider-Man PS4?

Answer: Uncle Ben’s grave can be found in the northwest corner of the map where you’ll find a cemetery. Head to the very northern-most wall and look for the gazebo with chairs underneath. Head in the direction the chairs are facing, and you’ll some come across Uncle Ben’s grave. Check our guide here for screenshots.