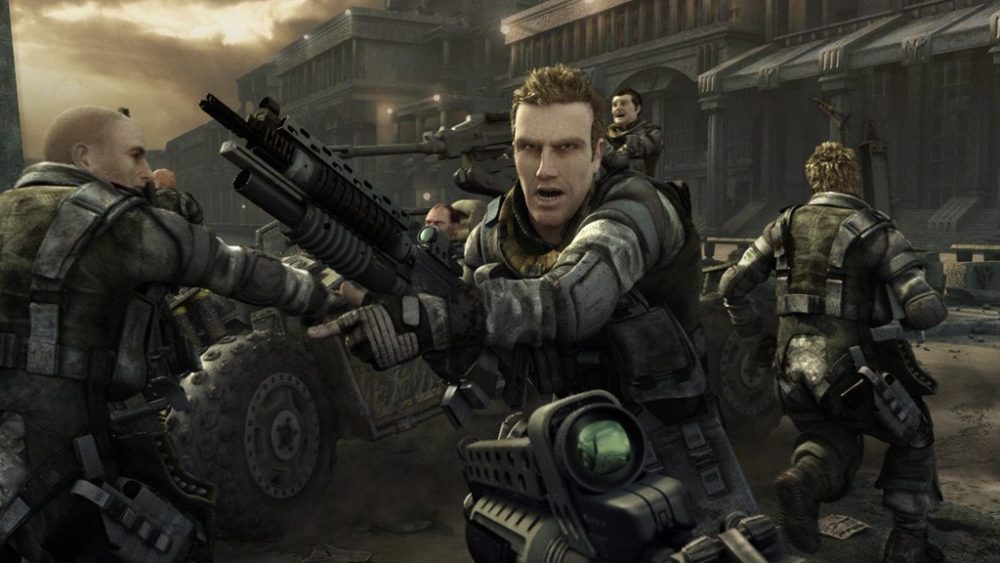 There have been complaints levied at the new Spider-Man game from Insomniac Studio about its visual quality versus what was shown in trailers and previews. While in this case, it’s a little dubious, Spider-Man looks great, but this practice is certainly not uncommon. Let’s take a look at five games that when released, definitely did not match what they looked like in previews.

Back in 2012, you would have been hard-pressed to find anyone who wasn’t hyped to find out what would come of Watch Dogs, then an unreleased IP from Ubisoft. Previewed as a gorgeous open world title which lived and breathed with detailed denizens and city streets, it was the game many thought would be a game of the year contender, and a new standard for visual fidelity.

Come 2014 though, opinions soured when the final product was definitely less polished. Many of the small details which wowed viewers at E3 had been glossed over with the usual stop gaps, from characters whose former detail was replaced with smooth and glassy features to lighting effects that were leveled down to a faint or non-existent level. Ubisoft has gone on the record since saying the reason for the graphical downgrade was their lack of knowledge on the power of the current gen consoles – having not yet been released in 2012 – but by then, it was already too late for many gamers stuck wondering what could have been.

In the early days of the console wars between Sony and Microsoft, Sony was eager to establish themselves in the first-person shooter market with a title that could match, or even surpass, the then-champion that was the Halo series. Their answer was Guerrilla Games’ Killzone 2, a sequel boasted to be far superior to the first entry in the shooter series. While many were skeptical about whether it could pull this off, it was hard not to get excited about the title’s chances thanks to a stunning trailer released for the game at E3 2005. The destruction of the cityscape as the war with the Helgen raged on, matched by whizzing bullets and carefully created character models, felt like a leap forward for games the likes of which no one had seen before, and it was all supposedly in-engine footage.

Sadly, this proved to be hype, all hype, and nothing but hype. The trailer had been pre-rendered to stoke fan excitement, and while the final product was still impressive to look at for an early seventh generation title, it was a noticeable graphical downgrade and wasn’t anywhere close to the game changer most where anticipating. The series would go on to see other impressively rendered entries in the series, but not without a hefty dose of skepticism by burned fans.

There’s a lot that can be said of Colonial Marines and it’s failures, but it’s worth remembering that one of its biggest early controversies was that it took a significant graphical downgrade compared to its original “demo” footage. Shown at E3 2012, the first offering of the game was lush with small touches and effects that brought the legendary horror property to life. The lighting of corridors and space facilities was haunting and atmospheric, and the unnatural alien constructs that crawled along walls were terrifyingly well made.

This, and much more, were entirely lost in the final release. Environments, characters and the effects that once brought them to life were now flat and emotionless, with a drop in quality few could help but point toward as misleading marketing. Worse still, developer Gearbox admitted to this fact, with then president Randy Pitchford issuing an acknowledgement of the discrepancy. Pitchfork has since defended the discrepancy as a common strategy among publishers to sell their titles, but few were willing to accept what they saw as a deception and a betrayal.

Before anyone says anything, yes: Final Fantasy VII is a great game which does many things exceptionally well, from its sprawling world and narrative to its iconic characters. What many like to forget, however, is that upon release, many were understandably confused that the game didn’t line up with the graphically impressive advertisements it had received up to that point.

Where one was made to expect realistic character models with smoothed out features and effects, they instead got polygonal lego people traipsing around the overworld. Likewise, the impressively fleshed-out settings and scenery of the commercials were more flat and static during an actual playthrough, still able to elicit one’s imagination and excitement, but to a much smaller degree.

Looking back, it’s obvious now that Square Enix, then Square, wanted to ensure as many people bought the title as possible, and they’ve been largely forgiven for the graphical downgrade by the gaming community. It does, however, still stand as one of the most egregious examples.

The stakes were high for developer Bungie before the release of Halo 2, the follow-up to one of the best first-person shooters of all time. Not only did they have fans clamoring for more of what they’d come to love from the developer’s work, but Microsoft had invested a hefty amount into their creation of a sequel, with the final total establishing Halo 2 as one of the most expensive video games to have ever been produced. With that in mind, it’s no surprise they tried to make as strong of an impression as possible with their early E3 showings, offering demos and trailers which previewed a title that had made graphical leaps and bounds from its predecessor.

Come the final release though, some were confused to find the final product had experienced a graphical downgrade from what they’d seen. Characters were blockier, textures on the alien foliage and constructs didn’t pop the way it had before and character animations were more stilted than they had once appeared to be. Luckily for Bungie, this controversy was quickly overwhelmed by outrage over the game’s cliffhanger ending, and most don’t even remember it even occurred.

What are some of your go-to examples of a graphical downgrade in gaming? Let us know in the comments, and check out some of our other lists such as a breakdown of details in the latest Spider-Man game you might have missed.